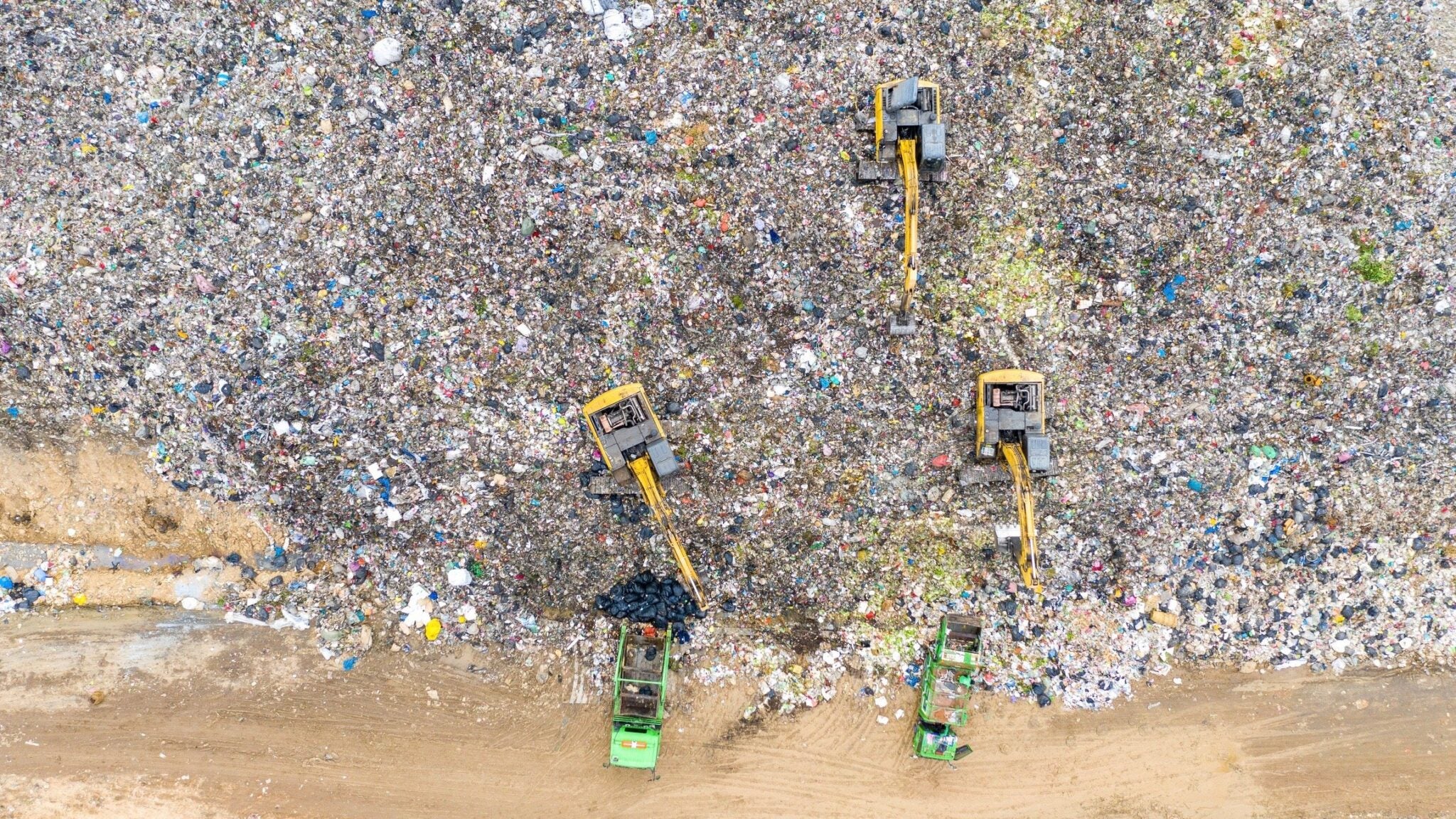 German researchers have identified a strain of bacterium that not only breaks down toxic plastic, but also uses it as food to fuel the process, according to The Guardian.

The scientists discovered the strain of bacteria, known as pseudomonas bacteria, at a dump site loaded with plastic waste, where they noticed that it was attacking polyurethane. Polyurethane’s are ubiquitous in plastic products because they are pliable and durable. However, when they reach the end of their usefulness and end up in landfills, they decompose slowly and slowly release toxic chemicals into the soil as they degrade. They are also notoriously difficult to recycle, according to Courthouse News.

Since it is so difficult to recycle, millions and millions of products containing polyurethane like sneakers, diapers, kitchen sponges and foam installation end up in landfills. Polyurethane usually kills most bacteria too, so it surprised the researchers to find a strain that not only survived, but also used polyurethane to thrive, according to The Guardian. The findings were published in the journal Frontiers in Microbiology.

“The bacteria can use these compounds as a sole source of carbon, nitrogen and energy,” Hermann J. Heipieper, a senior scientist at the Helmholtz Centre for Environmental Research-UFZ in Leipzig, Germany and co-author of the new paper, said in a statement. “These findings represent an important step in being able to reuse hard-to-recycle polyurethane products.”

Pseudomonas bacteria are part of a family of microorganisms known for its ability to withstand harsh conditions, such as high temperatures and acidic environments.

While the little germs offer hope for a solution to the plastic crisis polluting land and water around the globe, scientists are still a long way away from being able to use the bacteria on a large scale. Heipieper estimated that it could be 10 years before the bacteria are ready to consume plastic at a large scale. He added that in the meantime, it is important to reduce the use of non-recyclable plastic and to cut the amount of plastic used around the world, according to The Guardian.

Our reliance on plastic has created a waste crisis. In 2015, polyurethane products alone accounted for 3.5 million tons of the plastics produced in Europe, according to a press release from the journal that published the study. More than 8 billion metric tons of plastic has been produced since the 1950s, according to The Guardian, and a vast majority of it has polluted the world’s land and oceans, or ends up in landfills. Scientists say it threatens a “near permanent contamination of the natural environment.”

As for polyurethane, its heat resistance make it a difficult and energy intensive to melt down. Because of that, it is disproportionately tossed into landfills around the world where its slow degradation releases toxic — and often carcinogenic — chemicals, according to Courthouse News.

In the laboratory, the researchers fed key components of polyurethane to the bugs. “We found the bacteria can use these compounds as a sole source of carbon, nitrogen and energy,” Heipieper said, as The Guardian reported.

“When you have huge amounts of plastic in the environment, that means there is a lot of carbon and there will be evolution to use this as food,” Heipieper said as The Guardian reported.

“Bacteria are there in huge numbers and their evolution is very fast. However, this certainly doesn’t mean that the work of microbiologists can lead to a complete solution,” he added. “The main message should be to avoid plastic being released into the environment in the first place.”