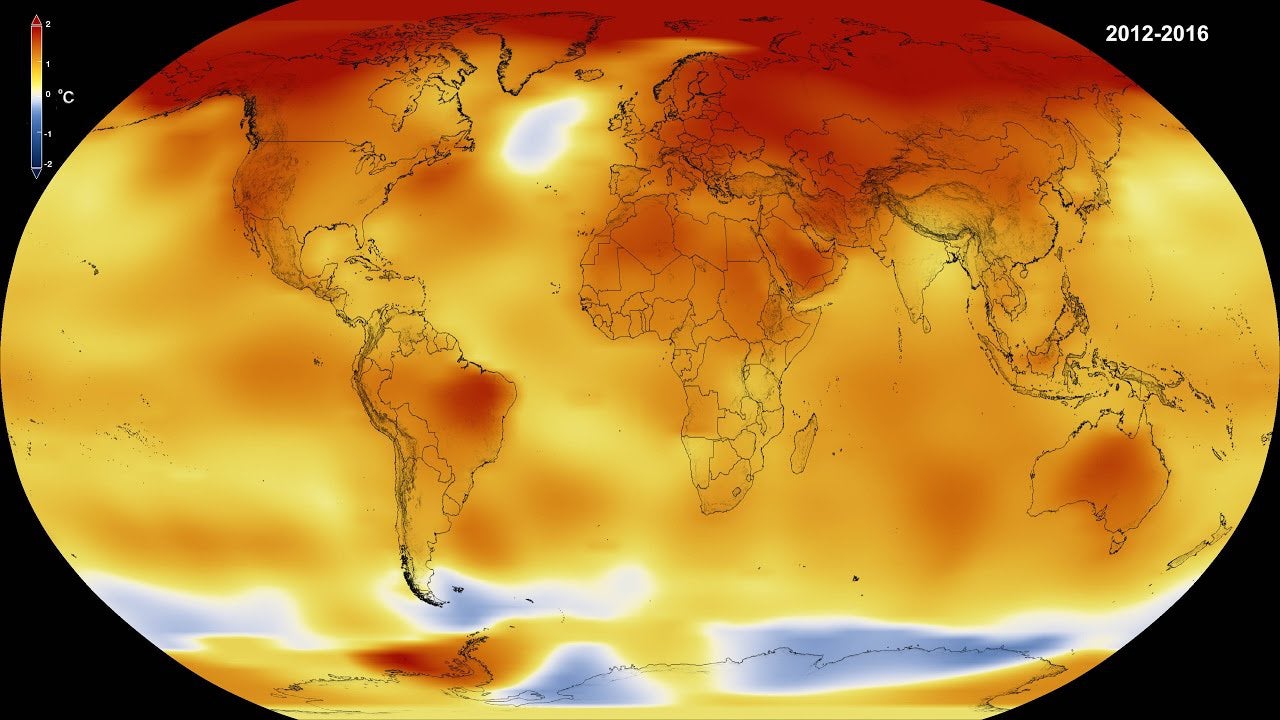 More than 15,000 scientists have signed a chilling article titled “World Scientists’ Warning to Humanity: A Second Notice,” urging global leaders to save the planet from environmental catastrophe.

The plea, published Monday in the international journal BioScience, is likely the largest-ever formal support by scientists for a journal article with 15,372 total signatories, Motherboard noted. The scientists represent 184 countries and have a range of scientific backgrounds. Prominent signatories include Jane Goodall, E.O. Wilson and James Hansen.

The “Second Notice”—an update to the original version published 25 years ago by the Union of Concerned Scientists and signed by 1,700 scientists then—underscores the lack of progress from the original document.

The first notice started with this statement: “Human beings and the natural world are on a collision course.” It described trends such as the growing hole in the ozone layer, pollution and depletion of freshwater sources, overfishing, deforestation, plummeting wildlife populations, as well as unsustainable rises in greenhouse gas emissions, global temperatures and human population levels.

Unfortunately, the authors of the current article said that humanity has failed to progress on most of the measures.

They ominously warned, “time is running out.”

“Especially troubling is the current trajectory of potentially catastrophic climate change” from the burning of fossil fuels and other human activities, the paper stated.

William J. Ripple, lead author of the current article and a distinguished professor of ecology at Oregon State University, told the Associated Press he was stunned by the level of support for the manuscript.

“I initially sent it out to 40 of my colleagues,” he explained. “After 24 hours there were 600 scientists who signed it. Within two days, there were 1,200. There were so many people signing that our website crashed a couple of times.”

According to the AP, the researchers document a number of alarming trends from 1992 to 2016, such as a 28.9 percent reduction of vertebrate wildlife, a 62.1 percent increase in CO2 emissions, a 167.6 percent rise in global average annual temperature change and a 35.5 percent increase in the global population (about 2 billion people).

One of the few positive trends over the past 25 years is the recovery of the ozone layer thanks to the 1987 Montreal Protocol, which sharply cut the use of chlorofluorocarbons. Reductions in extreme poverty and hunger, a slowdown in deforestation in some parts of the world, the rapid growth of the renewable energy sector and a sharp drop in birth rates in certain regions due to women and girls having greater access to education were also identified as positive trends, the AP reported.

The authors conclude that urgent measures are necessary to avoid disaster. They call upon everyday citizens to urge their leaders to “take immediate action as a moral imperative to current and future generations of human and other life.”

Individual actions such as having fewer children and using fewer resources, from fossil fuels to meat, will also help avert global disaster.

“Humanity is now being given a second notice, as illustrated by these alarming trends,” the scientists wrote. “We are jeopardizing our future by not reining in our intense but geographically and demographically uneven material consumption and by not perceiving continued rapid population growth as a primary driver behind many ecological and even societal threats.”