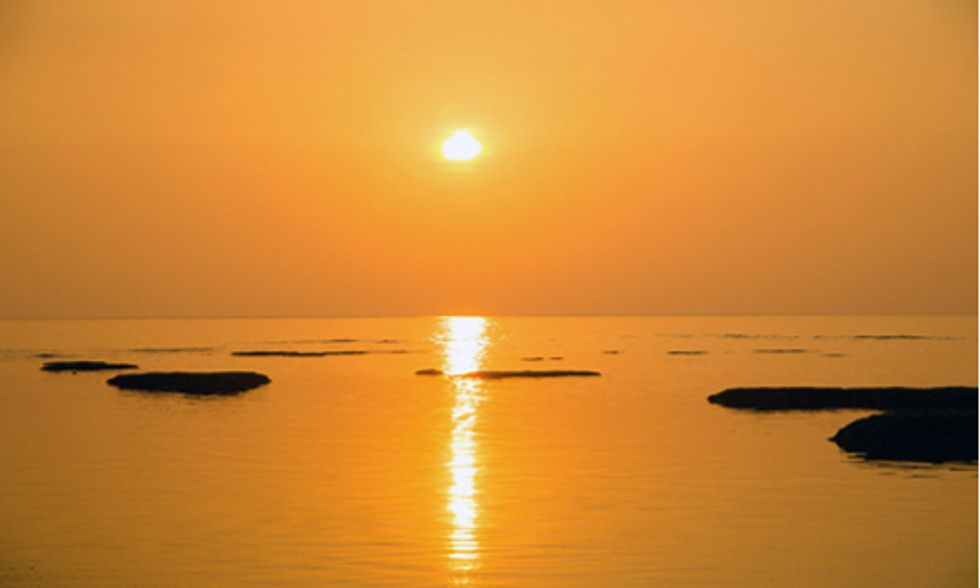 The oceans are warming faster than previously thought, according to a pair of new studies released this weekend and published in the scientific journal Natural Climate Change. This conclusion is largely due to enhanced information gathering in the southern oceans, which was limited in the past. The research teams compared previous ocean warming figures, based on the less complete data, with projections based on information they were able to obtain from more detailed studies. They found that from 1970 through 2004, increases in ocean temperatures exceeded those earlier figures.

"The global ocean stores more than 90 percent of the heat associated with observed greenhouse-gas-attributed global warming," opens the summary of the study "Quantifying underestimates of long-term upper-ocean warming," produced by scientists from the Lawrence Livermore National Laboratory and the California Institute of Technology.

They conclude that studies of global ocean warming since 1970 are low. "This underestimation is attributed to poor sampling of the Southern Hemisphere, and limitations of the analysis methods that conservatively estimate temperature changes in data-sparse regions," they say. "Making adjustments to their model, based on recent access to additional information, they say "yields large increases to current global upper-ocean heat content change estimates, and have important implications for sea level, the planetary energy budget and climate sensitivity assessments."

The other study, "Deep-ocean contribution to sea level and energy budget not detectable over the past decade," also by CalTech scientists, attempted to measure the amount of sea level rise attributable to upper ocean vs deep ocean warming and when that warming occurred. Sea level rise occurs as warmer water expands.

"As the dominant reservoir of heat uptake in the climate system, the world’s oceans provide a critical measure of global climate change," says the study's summary.

They found that the deep ocean may not have gotten warmer in the last decade, but significant warming has occurred in the upper level of the ocean. They acknowledge "large uncertainty" in their calculations about the deep ocean since they were extrapolated from information based primary on upper ocean measurements.

"It's likely that due to the poor observational coverage, we just haven't been able to say definitively what the long-term rate of Southern Hemisphere ocean warming has been," lead author  of the first study Dr. Paul Durack told the BBC. "It's a really pressing problem—we're trying as hard as we can, as scientists, to provide the best information from the limited observations we have."