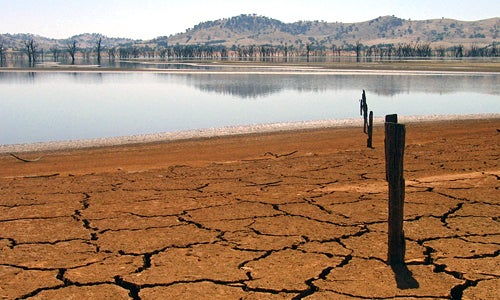 American scientists have just confirmed that parts of Australia are being slowly parched because of greenhouse gas emissions, which means that the long-term decline in rainfall over south and south-west Australia is a consequence of fossil fuel burning and depletion of the ozone layer by human activity. 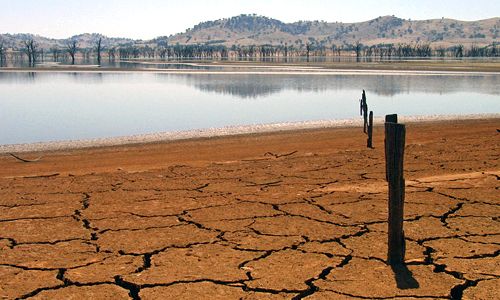 Such a finding is significant for two reasons. One remains contentious: it is one thing to make generalized predictions about the consequences overall of greenhouse gas levels, but it is quite another to pin a measured regional climatic shift directly on human causes, rather than some possible as-yet-unidentified natural cycle of climatic change.

The other is contentiously political. Australia’s prime minister, Tony Abbott, has in the past dismissed climate science as “crap,” and more recently has cut back on Australian research spending.

Australia has already experienced a pattern of heat waves and drought—punctuated by catastrophic flooding—and even now, in the Australian winter, New South Wales is being hit by bush fires.

Tom Delworth, a research scientists at the U.S. National Oceanic and Atmospheric Administration, reports in Nature Geoscience that he and a colleague conducted a series of long-term climate simulations to study changes in rainfall across the globe. 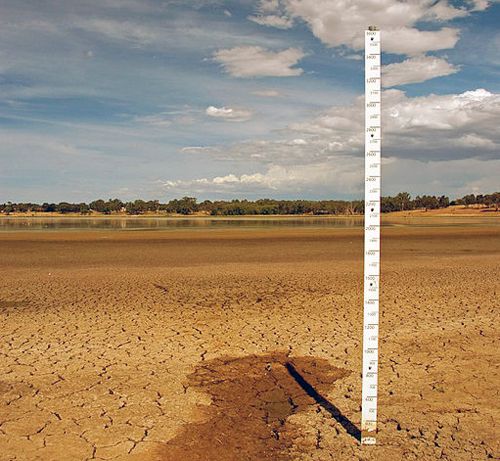 Water depth marker in the dried out bed of Lake Albert, South Australia

One striking pattern of change emerged in Australia, where winter and autumn rainfall patterns are increasingly a cause of distress for farmers and growers in two states.

The simulation showed that the decline in rainfall was primarily a response to man-made increases in greenhouse gases, as well as to a thinning of the stratospheric ozone layer in response to emissions of destructive gases by human sources.

The computer simulations tested a series of possible causes for this decline, such as volcanic eruptions and changes in solar radiation. But the only cause that made sense of the observed data was the greenhouse explanation.