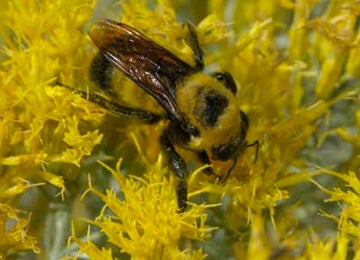 After the mass poisoning of more than 50,000 bumblebees last week in Wilsonville, OR, and other incidents now being reported in neighboring Washington County, scientists are calling on local officials to ban the cosmetic use of insecticides on city- and county-owned lands. The mass poisoning is the largest event of its kind ever documented, with an estimated impact on more than 300 wild bumblebee colonies. 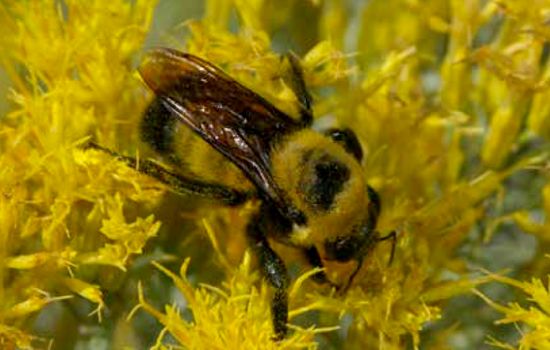 According to Oregon Department of Agriculture, the poisoning occurred after an insecticide was sprayed on linden trees to control aphids, which secrete a sticky residue while feeding, making them a nuisance to parked cars. The pesticide, dinotefuran (also known as Safari), belongs to a relatively new and controversial group of chemicals called neonicotinoids. Because neonicotinoids are long-lasting in plant tissues and can be found in flower nectar and pollen, and because they have been implicated in the global decline of honey bees, there have been growing concerns about their safety for pollinators.

“The cost of losing pollinators far outweighs any value of controlling aphids on ornamental plants,” said Mace Vaughan, pollinator conservation director at the Xerces Society. “After the events of last week, and based on the overwhelming science demonstrating the harm that these products can cause, we are calling on city and county governments to immediately stop the damage.”

The University of Minnesota’s Dr. Marla Spivak, a leading global authority on bee health, echoed Vaughan’s sentiment. “The Oregon bee poisoning is a clear warning. We have to stop pesticide use in cases where human health or food security is not at risk.”

Spivak points out that neonicotinoids are now the most widely used insecticides in urban and agricultural areas. “They are long-lasting in soil and they readily move into water. If the Oregon event is an indication of what is happening more widely, we will begin to see catastrophic threats to food security and the pollination of wild plants.”

In response to these concerns, several local governments are taking action to prevent further bee deaths. One of the most startling of these efforts was the City of Wilsonville’s leadership in wrapping the insecticide-laden trees with netting last week to keep any more bees from dying. The City of Eugene had previously publicly stated that they are no longer using neonicotinoids on city properties. In May, Commissioners from Thurston County, Washington unsuccessfully petitioned their state department of agriculture (WDA) to restrict some uses of these chemicals in their county. It is unclear whether WDA is now reconsidering their earlier rejection of the Thurston County petition, which was initiated out of concerns for pollinators such as honey bees and bumble bees.

The Xerces Society applauds the actions on the part of Wilsonville and Eugene to protect bees, but says more needs to be done.

“It is time to take a stronger stance on pollinator protection. The European Union has put restrictions in place on several neonicotinoids, and Ontario, Canada has gone further and banned all pesticides for cosmetic use,” said Scott Hoffman Black, executive director of the Xerces Society. “We need a similar response here.”

Neonicotinoid insecticides, with active ingredients like imidacloprid, dinotefuran, thiamethoxam and clothianidin, can be purchased in most hardware stores and nurseries under various trade names. As scientists like Vaughan and Spivak point out, most have no warning labels to alert consumers about the potential hazard to bees, butterflies and other beneficial insects.

To help prevent future bee poisonings, the Xerces Society is calling for changes to both regulations and consumer behavior.

“In terms of what we would like to see, legislators, regulators and municipal leaders across the country should ban the use of neonicotinoids and other insecticides for cosmetic purposes,” said Black. “At a broader level, it is time for the Environmental Protection Agency to re-assess the ecological safety of neonicotinoids and immediately suspend any product registrations that were made with incomplete data.”

Jennifer Hopwood, the lead author of the Xerces Society’s report on the risks of neonicotinoids to bees says that there are also steps that individuals can take to avoid harming pollinators, like checking to see if they have neonicotinoid products in their garage or garden shed.

“Consumers should know that they can return pesticides to the store where they purchased them for safe disposal. Beyond that, when buying garden plants, people should ask the store if insecticides have been used on them,” she says. “If staff can’t tell you, I would shop somewhere else.”

The Xerces Society will be following up with mayors, city councils and county commissions across the U.S. with formal letters asking them to take action.

The Xerces Society recommendations include:

For Nursery and Hardware Stores

For the Federal Government