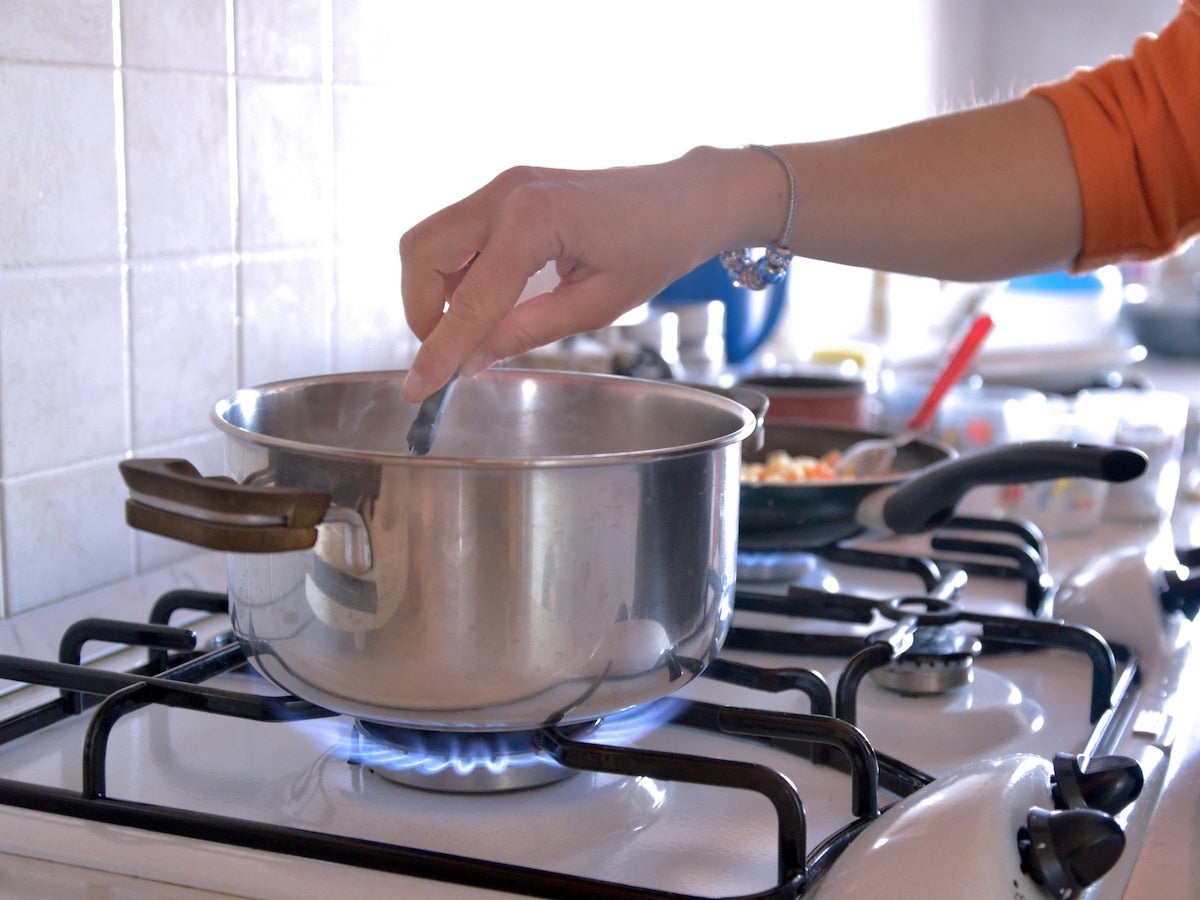 Cooking on a gas stove. lucas1958 / iStock / Getty Images Plus

The author of a 2013 study being touted by the methane gas industry and its allies during the recent uproar over the suggested possibility of gas stoves regulation says his research is being misused.

“That’s not a good use of our study,” Dutch environmental epidemiology professor Bert Brunekreef told E&E News. CPSC Commissioner Richard Trumka Jr.’s comments, along with the publication of research finding 12.7% of childhood asthma cases in the U.S. “is attributable to gas stove use.”

That research, ironically enough, was actually based on separate research Brunekreef also co-authored in 2013. “You can always find a study that doesn’t find an effect, but you have to look at the combined effect of all of the studies to reach a conclusion,” he said.

As reported by E&E News:

Nitrogen dioxide is just one pollutant emitted by gas stoves, which can also release the carcinogen benzene and methane, a potent greenhouse gas, even when off. The totality of those emissions has prompted a campaign by the Dutch government to subsidize costs for homeowners who want to replace their stoves with electric ones.

Even though the Netherlands has a strong natural gas industry of its own, Brunekreef said, “I have not heard anybody arguing about the government trying to take away personal choice of cookers for consumers the way you have it in the U.S.”