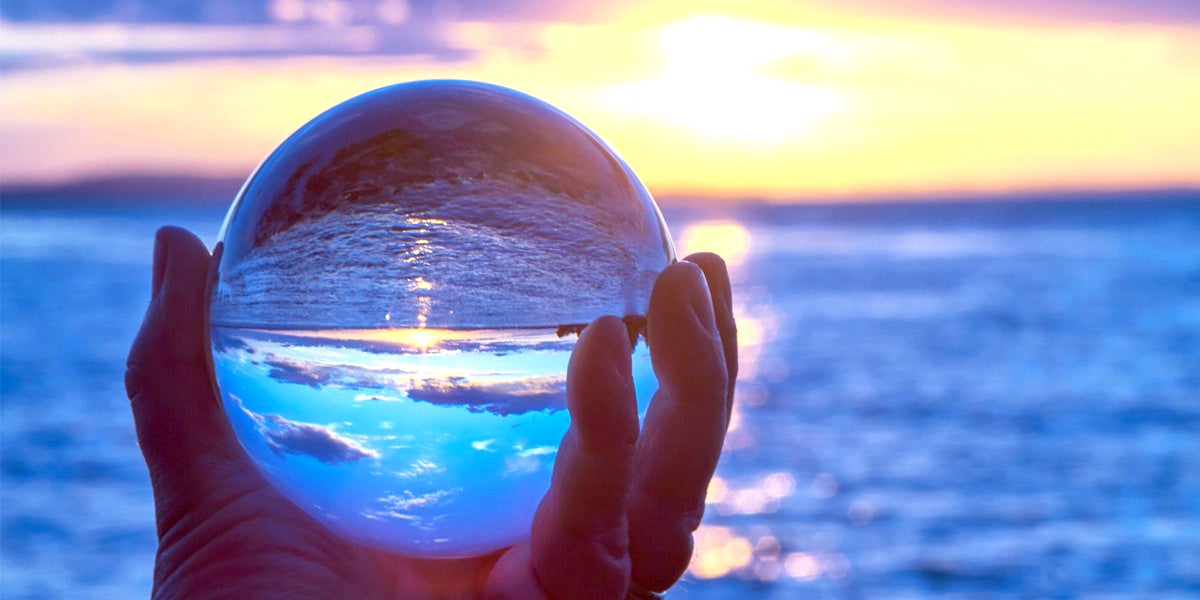 What should we be thinking about when we think about the future of biodiversity, conservation and the environment? An international team of experts in horizon scanning, science communication and conservation recently asked that question as participants in the eighth annual Horizon Scan of Emerging Issues for Global Conservation and Biological Diversity. The answers they came up, just published in the scientific journal Trends in Ecology & Evolution and summarized below, portend both risks and opportunities for species and ecosystems around the world.

“Our aim has been to focus attention and stimulate debate about these subjects, potentially leading to new research foci, policy developments or business innovations,” the authors wrote in introducing their list of top trends to watch in 2017. “These responses should help facilitate better-informed forward-planning.”

Around the world, coral reefs are bleaching and dying as ocean temperatures warm beyond those tolerated by bacteria that live in partnership with the corals. Scientists are eyeing the option of replacing bacteria forced out by heat with other strains more tolerant of the new temperatures—either naturally occurring or genetically engineered. Although the practice holds promise for rescuing or resurrecting damaged reefs, there are concerns about unintended consequences such as introduction of disease or disruption of ecosystems.

If you think getting rid of invasive species on land is a challenge, you haven’t tried doing it in the depths of the ocean. Robots that can crawl across the seafloor dispatching invaders with poisons or electric shock are being investigated as a potential tool for combating such species. The technology is now being tested to control crown-of-thorns starfish, which have devastated Great Barrier Reef corals in recent years and invasive lionfish, which are competing with native species in the Caribbean Sea.

The technology behind electronic sensors that detect odors has advanced markedly in recent years, leading biologists to ponder applications to conservation. Possibilities include using the devices to sniff out illegally traded wildlife at checkpoints along transportation routes and to detect the presence of DNA from rare species in the environment.

4. Blight of the Bumblebees

We tend to think of pollinating insects as our ecological friends, but in the wrong place nonnative bees can spell trouble instead by competing with native insects, promoting reproduction in nonnative plants and potentially spreading disease. And they’re doing just that, thanks to people who transport them internationally for plant-pollination purposes. Out-of-place bumblebees are already spreading through New Zealand, Japan and southern South America, and there is concern they could do the same in Australia, Brazil, Uruguay, China, South Africa and Namibia.

Select bacteria and fungi are emerging as potential agricultural allies for their ability to help kick back pests or stimulate growth in crops. As research advances in this area, questions are being raised about potential implications for nontarget species, ecosystems, soils and more. 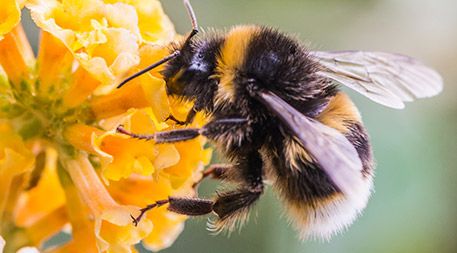 Bumblebees imported to pollinate crops are a growing threat to native pollinators around the world. iStock

Sand is mined for a wide range of uses, from making concrete, glass, asphalt and electronics to reclaiming land and aiding in the extraction of fossil fuels. And with sand mining comes disruption and loss of habitat in sand sources such as quarries, rivers, lakes and oceans. As demand for sand grows, efforts are underway to develop strategies for restoring areas from which sand has been removed and to advance the use of alternative materials such as mud or recycled construction material where possible to reduce stress on existing stocks. 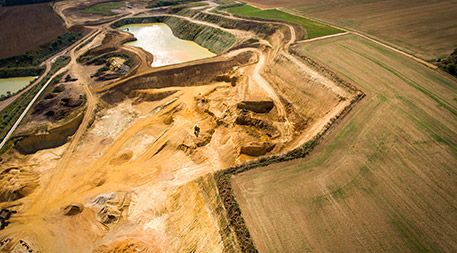 Sand mining is growing rapidly around the world, with big consequences for creatures that inhabit shorelines, rivers, lakes and the land overlying terrestrial sources. iStock

Fences are notorious for challenging wildlife by restricting migrations and limiting contact among populations. As political leaders in the U.S. and Europe make plans to build more border fences to limit movement of our own species across national boundaries, scientists are assessing implications for wolves, sheep, bears, birds and more.

Landfills have altered animal behavior, distribution and abundance around the world in a variety of ways, from increasing abundance of storks to fragmenting populations of bears. As changes in regulations cause landfills to be cleaned up, covered and closed, scientists expect the behavior of scavenging animals to change—with potential consequences for other species, ecosystems and human-animal interactions. 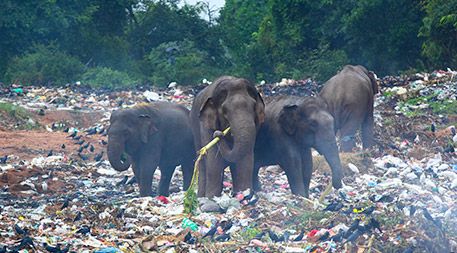 Well-intentioned efforts to clean up waste dumps are having unintended consequences for animal scavengers.iStock

Things can be rough on the open ocean—and they appear to be getting rougher, with increased average air speed, wave height, and frequency of strong winds and large waves over the past two decades. Implications for ecosystems and the species that inhabit them include disruptions to beaches, coastal vegetation and reefs; ocean-going birds and transoceanic migrants also could be affected.

Floating turbines hold huge promise for capturing wind energy over Earth’s oceans. With the first large floating wind farm—off the coast of Scotland—approved for development in 2016 and some 40 more in planning, it’s high time to take a look at potential implications for conservation. Possibilities include the creation of de facto marine reserves as fish cluster under the fields of floating turbines, loss of birds that fly into the turbines, entanglement of sea creatures in cables used to tether the turbines to the seafloor, and disruption of movement patterns of underwater animals.

Plants have the renewable energy storage problem pretty well figured out: Capture photons from the sun, use them to split water into hydrogen and oxygen to make sugars, then extract the energy from the sugars when it’s needed. New “artificial leaf” technologies use sunlight to split water into hydrogen and oxygen, then feed the hydrogen to bacteria that make energy-storing alcohol—at energy conversion efficiencies approaching 10 times that of nature’s version. The technology opens the door to an exciting new approach to capturing, storing and using solar energy in locations remote from electrical grids.

The lack of dense energy storage systems is a big barrier to widespread adoption of renewable energy sources such as wind and solar, which are only intermittently available, as well as to the advancement of technologies such as electric vehicles. A new kid on the energy-storage block, lithium-air batteries, can theoretically hold 10 times as much energy per volume as its conventional lithium-ion counterparts. Although scientists expect the technology to take 10 years or more to mature, when it does it could revolutionize renewable energy markets with cascading impacts for land use, water quality and more.

A class of enzymes known as lyctic polysaccharide monooxygenases is emerging as a potentially powerful tool for use in converting plant material to liquid fuel and industrial chemicals. By dramatically improving the speed and efficiency of conversion over conventional approaches, these enzymes could stimulate efforts to grow crops for fuel, with implications for biodiversity in the form of increased land use for this purpose, potential shifts away from fossil fuel use and reductions in greenhouse gas emissions.

Researchers in Iceland have come up with a promising strategy for storing carbon dioxide underground: Dissolve it in water and inject it into basaltic rocks. After two years of monitoring an experimental site, they’ve discovered the approach does a remarkable job of long-term storage, with 95 percent of the CO2 injected turning into rock. Although the process is energy- and water-intensive, there is hope it could play a role in reducing the concentration of greenhouse gases in the atmosphere and minimizing the impact of climate change on the rest of the world.

Best known for enabling a Web-based currency known as bitcoin, blockchain technology in a more generalized sense offers the ability to track transactions without the need for a centralized record keeper. As the technology matures, potential applications with implications for conservation include tracking land claims, providing a system for buying and selling power generated by distributed renewable sources, ensuring the validity of sustainability claims for products such as seafood and lumber, and uncovering illegal wildlife trade.

Wondering how last year’s projections have fared so far? Check them out here.

Reposted with permission from our media associate Ensia.