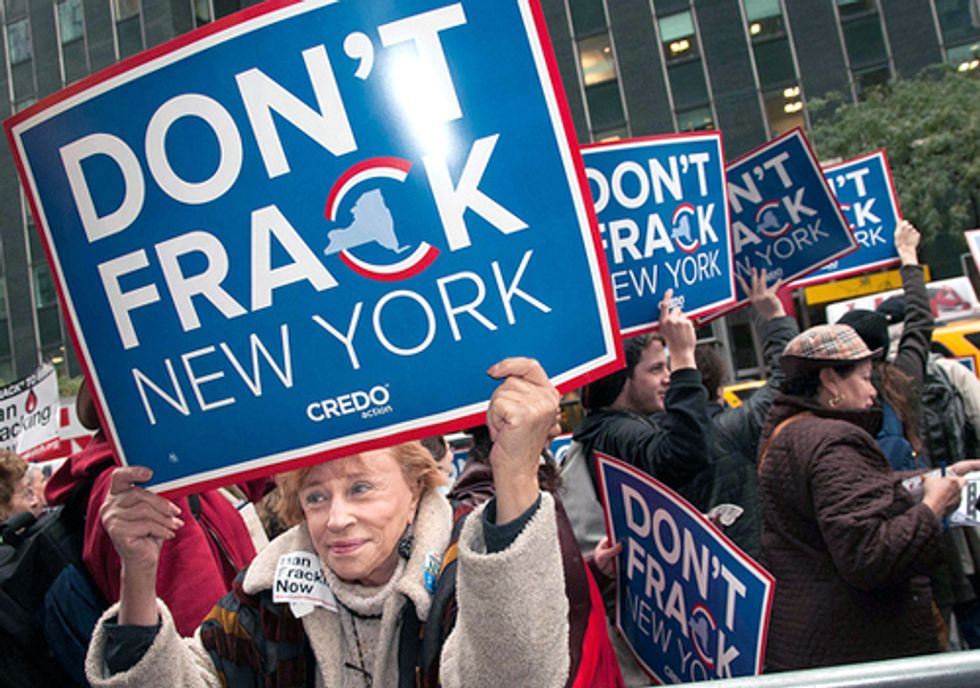 Yesterday, Anthony Ingraffea, president of Physicians, Scientists and Engineers for Healthy Energy (PSE), and Seth B. Shonkoff, executive director of PSE, sent a letter applauding Gov. Cuomo's decision to delay lifting the moratorium on hydraulic fracturing until the science is complete.

Physicians, Scientists and Engineers for Healthy Energy (PSE) applauds your move to delay your decision on lifting the moratorium on shale gas development in New York until the science is complete.  We thank you for remaining true to your word that the science should be definitive to the decision making process.

We commend you for making this decision especially because it runs counter to some actions taken by the United States Environmental Protection Agency (EPA) and governors in other states with shale oil and gas such as Governor Corbett of Pennsylvania, Governor Kasich of Ohio and Governor Hickenlooper of Colorado who have failed to allow the science to guide their decision making.

After lobbying by former Governor Ed Rendell, the EPA prematurely dropped its legal action against Range Resources in a groundwater contamination case in Texas with no scientific basis, ignoring reports by independent scientists that the contamination may have been caused by shale gas drilling.

In Pennsylvania, Governor Corbett ushered in Marcellus shale gas drilling without any scientific oversight and passed Act 13 in the absence of rigorous medical and scientific information.