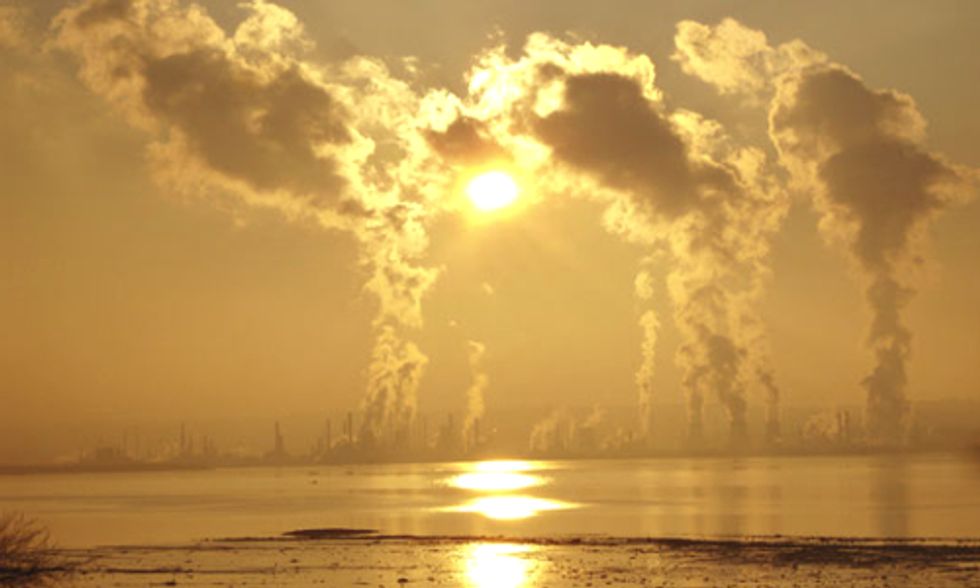 Both the science behind climate change and the efficacy of life-saving safety standards from the U.S. Environmental Protection Agency (EPA) had a trying week in Washington, D.C., as industry-backed lawsuits and politicians attempted to undermine the entire scientific community.

The EPA is currently battling two major legal obstacles in the courts over the agency's authority to enact and enforce provisions of the Clean Air Act. This is a power that the U.S. Supreme Court had already ruled was not only within the agency’s jurisdiction, but a duty that it had to perform for the American public.

One of the legal battles took place at the U.S. Court of Appeals for the D.C. Circuit, where the EPA defended its work to limit the amount of mercury and arsenic that energy companies are allowed to release into the air. According to the Natural Resources Defense Council, these health standards that are under attack from the dirty energy industry have the potential to save as many as 45,000 lives a year.

Based on the D.C. Circuit’s previous rulings regarding the Clean Air Act, it is likely that the EPA will be the victor in this case.

In 2008, the D.C. Circuit castigated the EPA for failing to develop mercury emission standards, as required by the Clean Air Act. So the industry's attempt to challenge the agency for actually following the Court’s orders seems unlikely to go in the industry’s favor. The Circuit Court had also admonished the former Bush administration for their lack of efforts to protect the public health with their cross-state pollution rules.

And it is the same issue of cross-state air pollution that sets the stage for the EPA’s other judicial fight. Earlier this week, the U.S. Supreme Court heard arguments from a team of lawyers representing the dirty energy industry and the EPA on whether or not the agency has the authority, and the ability, to monitor cross-state air pollution. The question at hand is whether or not the pollution can be traced back to its original source—without a confirmed source, there can be no liability.

The Washington Post explains the issue in the case:

The Cross-State Air Pollution Rule affects mostly the eastern two-thirds of the country and requires power plants in more than two dozen states to clean up nitrogen oxide and sulfur dioxide pollution that contribute to soot and smog elsewhere.

According to the EPA, eliminating the pollution would prevent 13,000 to 34,000 premature deaths and 15,000 non-fatal heart attacks as well as decrease emergency room visits and the number of respiratory disease episodes.

Conservative Supreme Court Justice Samuel Alito recused himself from this case, leaving the Court split four to four on ideological lines. The case is predicted to go in favor of the EPA, largely due to Alito’s absence taking away a certain vote in favor of the industry.

Both of these cases are backed by science showing that air pollution can be deadly, and that reducing this pollution is a no-brainer when it comes to the health and safety of the American public. But inconvenient science has never stood in the way of the industry’s agenda, and that has opened up an opportunity for them to take their case all the way to Congress.

On Wednesday, the House Subcommittee on Energy held a hearing in which subcommittee chairman Lamar Smith (R-TX) invited a climate change denier to cast doubt on the science of climate change.

During the hearing, members of Congress were fed denial whoppers that included a claim by University of Alabama professor John Christy that only 52 percent of scientists believe in man-made climate change. According to Raw Story, there was only one witness called during the hearing who appeared to believe that anthropogenic climate change not only existed (he pointed out that more than 97 percent of peer-reviewed scientific research on the subject confirmed it), but that it was a threat.

Subcommittee Chairman Lamar Smith has taken in more than $550,000 from the oil and gas industries, his second largest industry campaign contributor.

It's unlikely that anything will come from Rep. Smith’s circus of a hearing, but it will solidify his position as a worthy recipient of dirty energy industry cash. It also shows that science, in all forms, is facing some very serious attacks in America, and the attackers all have one thing in common—significant funding from Big Oil.