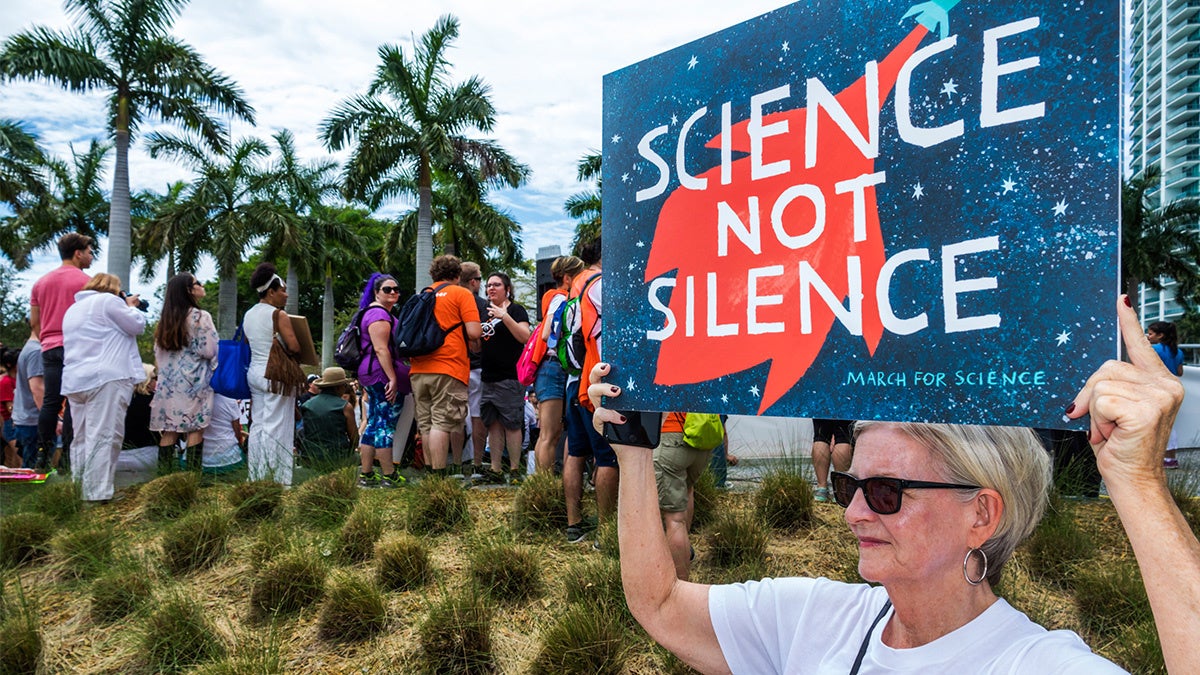 The Trump administration’s attacks on science have reached a “crisis point,” according to policy experts and ex-government officials who published a report on Thursday that “highlights how our government research and data are being increasingly manipulated for political gain.”

Proposals for Reform Volume II is the second report from the National Task Force on Rule of Law and Democracy, a nonpartisan group housed at the Brennan Center for Justice at New York University Law School. The first Proposals for Reform report, which features recommendations to strengthen the rule of law and ethical conduct in government, came out last year.

The new report details the dangers of President Donald Trump’s war on science and calls for various congressional actions to combat “the growing politicization of government science and research and the breakdown of processes for filling key government positions.”

“Let’s face it, without credible science the fundamental responsibilities of our government are threatened,” Thomas Burke, who was a senior official in the U.S. Environmental Protection Agency’s (EPA‘s) office of research and development during the Obama administration, told The Guardian. “I fear the public has lost faith in our agencies, and our best and brightest are being discouraged and blocked from federal service.”

“As a former federal scientist and veteran of the appointment process I often ask, ‘Why would anyone want to serve at the highest levels of our science-based agencies in this time of science denial?'” Burke said. “We have to protect our scientists and the integrity of their work.”

Concerns about politically motivated interference in government science take on added weight given the current state of the earth. Atmospheric and ocean temperatures are climbing because of human activities like burning fossil fuels that spew planet-heating emissions. Last year, a landmark U.N. analysis warned that the international community has about 12 years to limit climate catastrophe, underscoring the need for “rapid, far-reaching, and unprecedented” reforms on a global scale.

The task force’s report points out that “federally funded climate science has led to government action to improve air and water quality, prevent property damage due to severe weather, protect wildlife, and reduce the spread of diseases that have become more prevalent because of climate change.”

However, the report says, now climate science is “under siege” from political appointees of the Trump administration at multiple agencies, including the National Aeronautics and Space Administration and the departments of State, Defense, Energy, Commerce, and Health and Human Services — with serious consequences for the United States and the world.

“Without access to objective government-sponsored climate research,” the report warns, “healthcare professionals and urban planners lack the tools necessary to prevent and respond to diverse issues such as asthma, mosquito-borne illnesses, and flooding. Insurers and property owners cannot make informed decisions about where and how to invest in durable construction. The absence of climate policy based on federal science creates chaos for manufacturers that have committed to reducing carbon emissions.”

To ensure that government research and data is unbiased and accessible, Congress should:

To overhaul the appointments process for senior roles in the administration, Congress should:

“The Trump presidency has highlighted pressure points in American democracy where rules and norms are not strong enough to stop abuses of power,” former U.S. attorney and current task force co-chair Preet Bharara said in a statement. “It’s long past due for Congress to take action to reinforce these rules and prevent these abuses going forward.”

In the task force statement Thursday, Whitman pointed to a controversial incident in September when Trump appeared in the Oval Office with a government-generated map of Hurricane Dorian’s potential path. The map was doctored with a marker to include Alabama, which generated confusion over where the storm was headed and renewed concerns about the lengths to which the president will go to serve his own interests.

“SharpieGate is just one of many examples of recent presidential administrations distorting the work of scientists,” said Whitman. “When executive branch officials alter or suppress government data and research, it can jeopardize the public’s safety and impede our nation’s economic progress. Scientific research by the federal government has led to safer road and air travel, life-saving drugs, and so much more. We must protect its independence and integrity.”