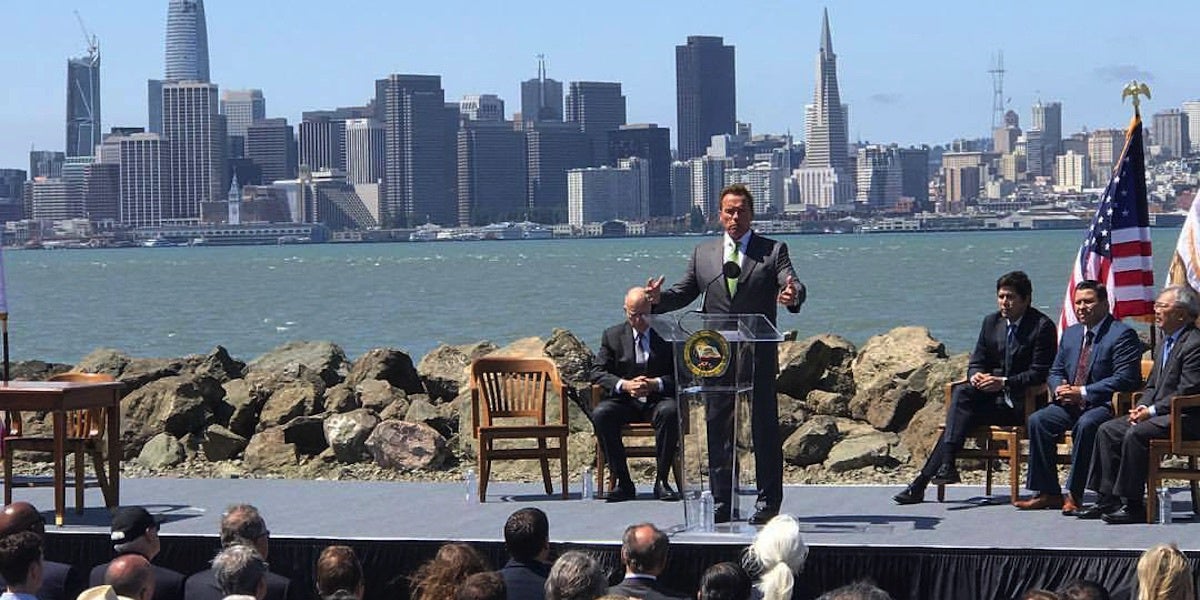 “I’m pumped to unveil the Environmental Digital Legislative Handbook today, a resource for legislators around the country to find the blueprints on policies for energy efficiency, reducing pollution, recycling—you name it,” Schwarzenegger announced on Facebook.

According to POLITICO, the website contains an extensive collection of legal and legislative research, voting records, and bill language and data to assist legislators in preparing bills on a vast range of environmental issues.

“There’s no reason why we shouldn’t have a digital legislative handbook—and make it available to people who wanted to create environmental action now—because of the situation with Trump,” Schwarzenegger told POLITICO. “With his decision on the Paris agreement, it is even more so important to make this information available because it shows the kinds of wonderful things states can do without waiting for the federal government.”

“The message to legislators with the project is now ‘you have the power to do it yourselves,”’ he added. “The reality is each state now goes to work and passes great legislation that helps them … make great decisions.”

The initiative is an joint effort of the USC Schwarzenegger Institute and the National Caucus of Environmental Legislators.

“We hope to assist legislators who are interested in advancing smart environmental policies by sharing best practices and actual legislation that is working successfully in a number of states already,” the website states. “Governor Schwarzenegger has long insisted that voters aren’t interested in Republican air or Democrat air but instead simply want clean air. That belief has guided our thought process when choosing the legislation to include in this database”

Schwarzenegger, a Republican, has emerged as a prominent environmentalist and renewable energy proponent. Last month, he threw his weight behind an extension of California’s cap-and-trade program signed by his successor, Democratic Gov. Jerry Brown.

During remarks, the former action star criticized Trump’s decision to withdraw from the Paris agreement.

“America is fully in the Paris agreement. There’s only one man that dropped out,” Schwarzenegger said of Trump on Tuesday. “America did not drop out.”

In June, Schwarzenegger posted a selfie video with French president Emmanuel Macron, in an apparent jab at Trump’s stance on climate change.

The clip shows Schwarzenegger saying the pair talked about “talking about environmental issues and a green future.” Macron adds, “We will deliver together to make the planet great again.”