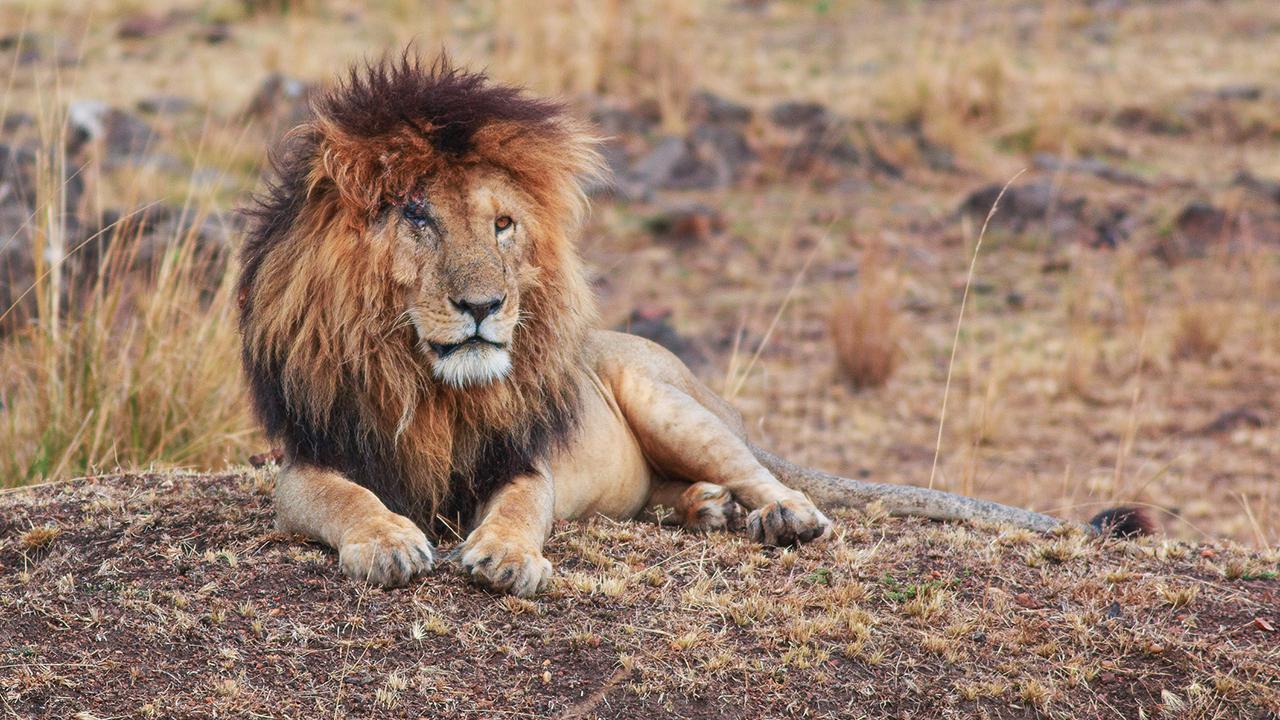 A lion with an idiosyncratic face and remarkable mane, called “Scarface,” passed away at 14 at his home on one of Africa’s most important conservation sites.

Dubbed “Scarface” because of a scar over his right eye, he’s sought after by many tourists and conservationists, according to The Guardian.

“It’s quite rare for a wild lion to die peacefully and of natural causes, but thankfully and fittingly, this is what has happened for Scar,” George Logan, wildlife photographer of the Born Free Foundation book, “Pride Before the Fall,” said to The Guardian. “He lived wild and free right to the end, in the land of his birth.”

Scarface traveled more than 15 miles before his death to be close to the original territory where he was born, according to Logan. There were three male lions nearby, but the ferocious lions respected him, and let him be.

“He died in peace without any disturbance from vehicles and hyenas,” the Mara Predator Conservation Programme posted on Facebook alongside an image of the dead lion, according to Newsweek. “We were the only vehicle on the scene and by his side, hoping to give him any kind of comfort. The Mara has lost yet another one of its great iconic males. May his legend forever live on.”

The average lifespan of a wild lion is between 10 and 15 years, but lions in captivity are known to live longer.

Before his death, Scarface seemed to be in good health, despite suffering several injuries in his past.

Scarface was the last survivor of the “the four musketeers coalition,” named after their long reigns over a variety of prides.

“He was quite unique and stayed at the top so long with this crazy appearance and big personality,” Logan said. “I would say he was the most famous lion in the world.”