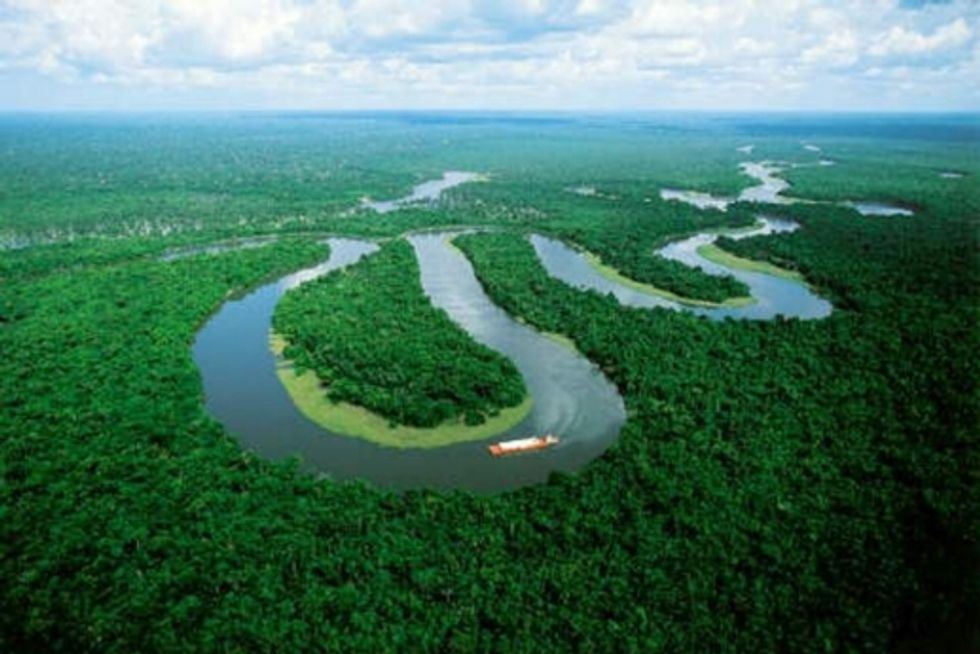 It’s possible to reduce deforestation to near zero by 2020, but delaying action to save forests by even a decade means double the area of forests lost by 2030, says World Wildlife Fund (WWF).

These forests are not only vital to the well-being of people and wildlife, but also to the global climate, because deforestation releases greenhouse gases, says WWF. The report finds that reducing deforestation to near zero would also bring global emissions from forest destruction close to zero, but delaying this reduction until 2030 would mean sacrificing an additional 69 million hectares of forest worldwide and at least an additional 24GtCO2 into the atmosphere, not including losses from forest degradation or the carbon stored below ground. Currently, up to 20 percent of global carbon emissions come from deforestation and forest degradation—more than the total emissions from the global transportation sector.

The report further finds that new plantations are not the solution, as they will not begin to sequester enough carbon to offset emissions from deforestation until 2040 at the earliest.

“Our forests are disappearing while we sort out how to save them,” said Bruce Cabarle, leader of WWF’s Forest and Climate Initiative. “This continued loss of forests will have dire consequences for our global climate, for nature and for the livelihoods of billions of people. And we know we can’t plant our way out of the problem. The message is clear—we must act now to protect the world’s forests for good or we’ll lose them forever.”

According to WWF, United Nations climate talks, set to get underway this week in South Africa, provide a key opportunity for the world’s governments to unite on efforts to halt global forest loss. At these talks, details on a scheme in which developed countries pay developing countries not to cut down their forests will be agreed.

This effort, referred to as REDD+, is a unique opportunity to address both climate change and forest loss, and while considerable progress has been made on working out the details, governments must now commit to a global target for tackling deforestation at the scale and pace needed, said WWF. The Living Forests Report finds that achieving zero net forest loss by 2020 is highly unlikely without Reducing Emissions from Deforestation and Forest Degradation (REDD+).

“WWF understands that these climate negotiations are complex. But we must not let the opportunity that REDD+ presents slip through our fingers. If we get this right, we can safeguard our climate and help people overcome poverty. There is too much at stake to let these talks get mired down by technicalities,” said Gerald Steindlegger, policy director of WWF’s Forest and Climate Initiative.

WWF is asking global leaders to back an ambitious target of near zero forest loss by 2020. The Living Forests Report shows that this target is achievable through improved governance—sustainable land-use plans, law enforcement, improved land tenure systems, transparent and inclusive management, and markets that demand sustainable forestry and agriculture products.

Yet the report shows that in reaching this target, countries must adopt strong safeguards to protect the planet’s biodiversity and benefit local communities and indigenous peoples.

Given the urgency of halting forest loss, WWF is calling on governments to provide the needed finance to support REDD+ actions. Industrialized countries have a critical role to play in providing new and additional, adequate and predictable financing for REDD+. According to recent analysis by the International Institute for Applied Systems Analysis (IIASA), new and additional, predictable and adequate finance to achieve zero net deforestation and forest degradation (ZNDD) by 2020 lies in the range of US$30-53 billion per year. While public financing is essential, other sources of innovative financing, such as credit support for forest bonds, could be a way to leverage private-sector finance so that governments are not alone in efforts to scale up forest finance, according to WWF.

The Living Forests Report uses the Living Forests Model, developed for WWF by IIASA, to consider a range of different forest scenarios for the next half century, modified by changes in diet, biofuels, conservation policy and fuelwood and timber demand. The report concludes that achieving and sustaining ZNDD is possible if we act now. The report further finds that unless we act now to use REDD+ to successfully halt deforestation, the opportunity to keep global temperature rise well below 2oC will be lost. According to WWF, reaching an agreement on key elements of REDD+ is critical to saving forests and the climate, conserving biodiversity, and benefiting the well-being and livelihoods of people around the world.