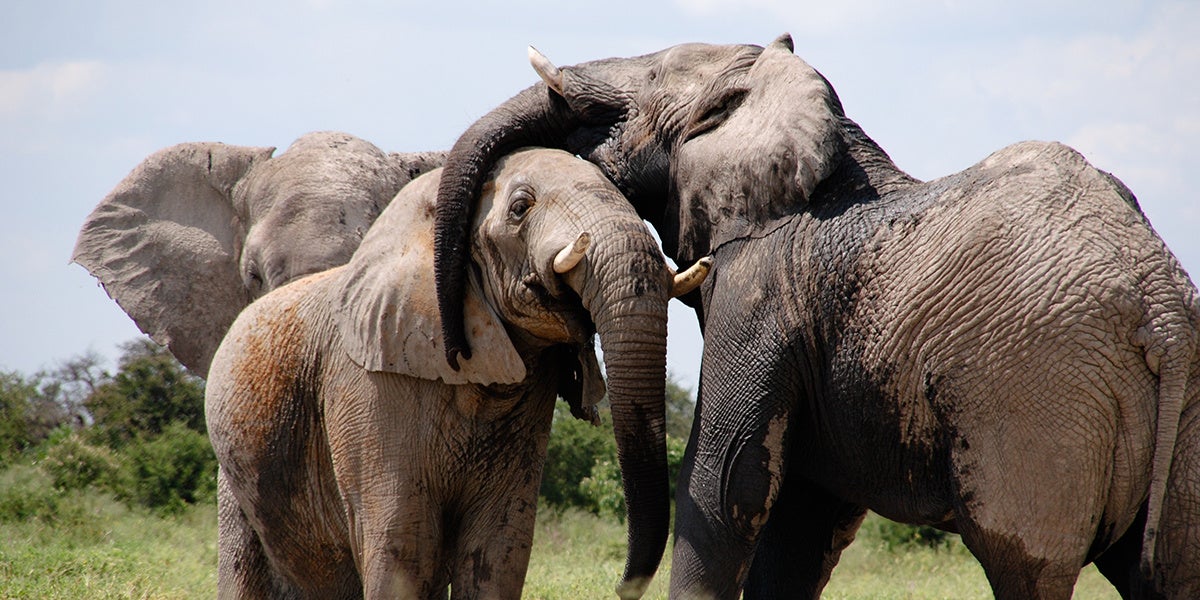 In the late 1990s, scientists discovered that elephants had a secret way of communicating, a vocalization so low in frequency it is imperceptible to the human ear. It’s called infrasound. The ponderous pachyderms transmit these secret messages at least partly through the ground. When an elephant really lets loose, its infrasound can reverberate almost four miles through the rocks and sands of the savanna.

Now, scientists think eavesdropping on such vibrations might one day be used to protect elephants from poachers. The ivory trade has reduced East Africa’s elephant population in recent decades. And even though African elephant poaching has lessened up a bit in the past few years, the animals still need all the help they can get—even if it means giving up a little privacy.

In a study published in May in the journal Current Biology, researchers showed that they could listen in on the calls elephants make with their trunks and mouths as well as the thud-thud-thuds of their panicked running. To hear it, they broke out equipment typically reserved for detecting earthquakes.

Just like the T. rex in Jurassic Park, a single elephant can make a heck of a lot of noise by simply walking around. And a herd of angry or alarmed elephants? That’s quite a rumble in the jungle. If scientists can learn to characterize all the different vibrations elephants create, perhaps we could develop an early-warning system that alerts local authorities when something nefarious is afoot. Instead of trying to patrol everywhere elephants go (these wanderers cover a lot of ground), rangers could wait until they hear about elephant emergencies through the grapevine, so to speak.

Before we can develop any kind of infrasound poaching-alert system, though, we’ll need a lot more data. “We will need examples of panic running from different-size elephants, when it’s raining, when it’s not, and in different types of terrains,” said lead author Beth Mortimer, a research scientist at the Universities of Oxford and Bristol in the UK.

Of course, elephants don’t run only from poachers. Lions and bees also send the herbivores packing. So the scientists would have to be able to decipher differences between natural elephant behaviors and those associated with human threats. But Mortimer, who previously studied how spiders obtain information from the vibrations of their webs, sees a lot of potential here. Seismic sensors have already proved themselves capable of working rapidly, reliably and in remote locations, and Mortimer said they could be a much more affordable way to non-invasively gather data in the wild than methods requiring lots of rangers or even drones to monitor threatened populations.

Scientists are also still trying to work out just how much elephants use this vibratory information. For instance, Mortimer said they don’t know how sensitive the animals are to the noises or how far away they can pick them up. And as you can imagine, the data in this field are limited by the fact that 13,000-pound animals can’t exactly be plopped down into a controlled laboratory experiment. 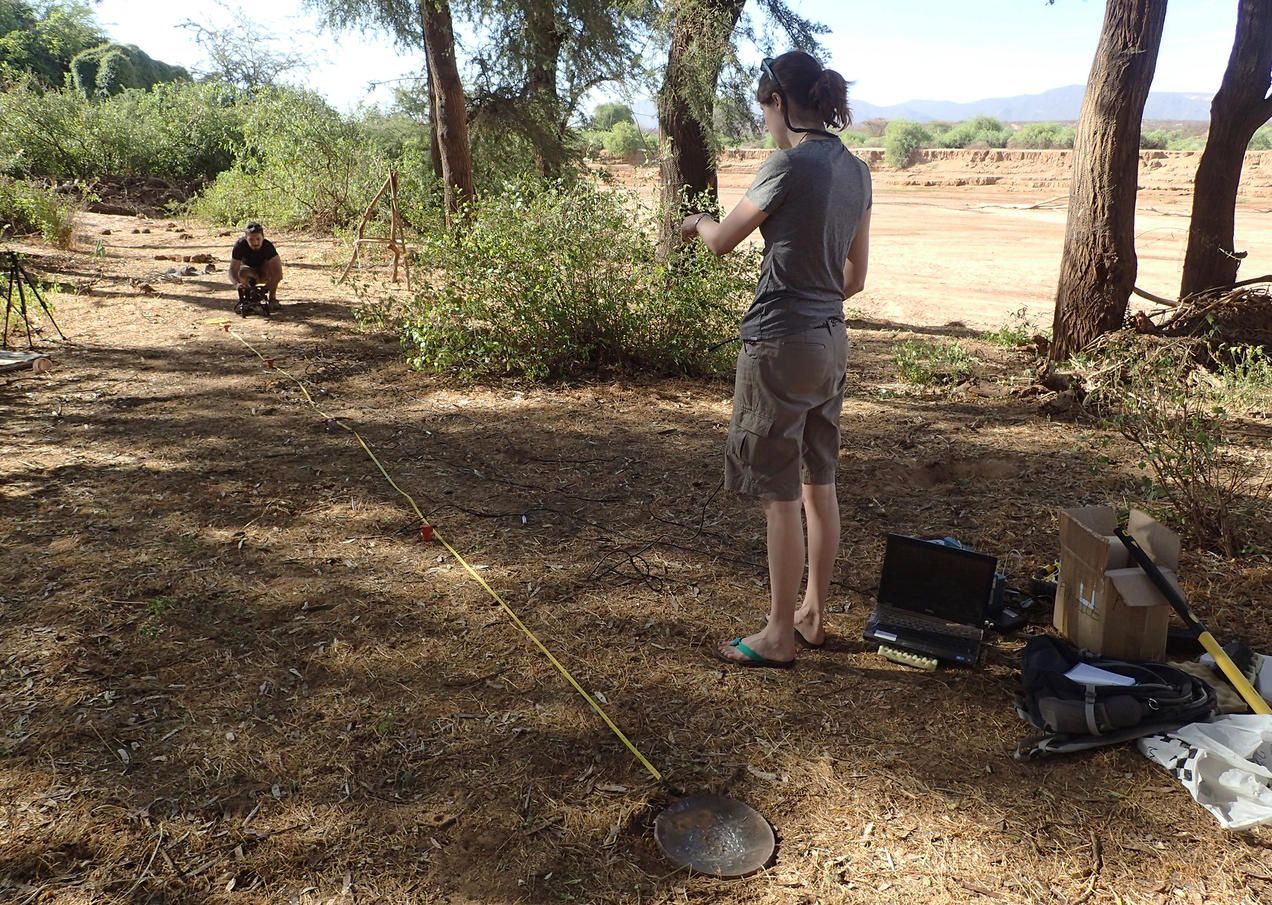 What we do know is that elephants respond to recordings of their calls during scientists’ so-called seismic playback experiments. That’s not all. We know elephants can tell whether a message is from an acquaintance or a stranger. “They can even discriminate the identity of the sender based on the characteristic waveform that you’re playing back to them,” said Mortimer.

The research has also unearthed another way humans might be doing elephants dirty. Depending on how much the animals rely on infrasound to communicate, our civilization’s daily din could be jamming their chit-chat.

Mortimer found that even a little bit of anthropogenic noise was enough to drown out the elephants’ infrasound. This could be anything from cars, water pumps and generators to planes overhead and mining activity down below. If it makes vibrations, it could be detrimental to the elephants’ version of tin cans and string.

“It’s an interesting kind of noise pollution,” she said, adding that anthropogenic noise was the single largest factor standing in the way of her models picking up and distinguishing among various elephant sounds.

If we stopped making our own racket for a moment and added a few more electronic ears to the ground, who knows what we might learn?