Save the Bees, Ban Neonic Pesticides 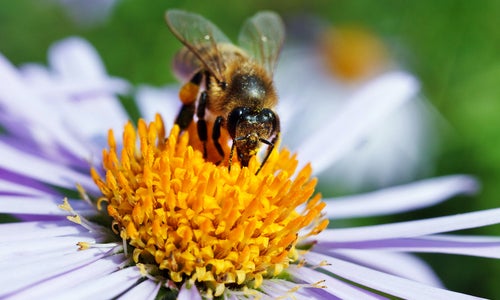 Bees may be small, but they play a big role in human health and survival. Some experts say one of every three bites of food we eat depends on them. The insects pollinate everything from apples and zucchini to blueberries and almonds. If bees and other pollinators are at risk, entire terrestrial ecosystems are at risk, and so are we. 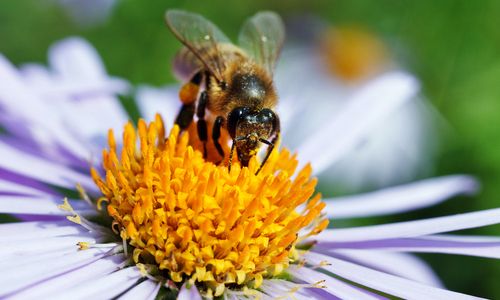 What will it take to get governments and industry to put people—and pollinators—before profits?

Well, pollinators are at risk. And we know one of the main causes of their alarming death rates. A new report concludes that neonicotinoid pesticides, or neonics, “pose a serious risk of harm to honey bees and other pollinators.” They also harm butterflies, earthworms and birds, and because they’re now found in soils, sediment, groundwater and waterways, they alter “biodiversity, ecosystem functioning and the ecosystem services provided by a wide range of affected species and environments.”

The report, produced by the Task Force on Systemic Pesticides, is the work of 50 independent scientists from around the world who spent four years analyzing more than 800 peer-reviewed scientific studies.

“Far from protecting food production, the use of neonics is threatening the very infrastructure which enables it, imperilling the pollinators, habitat engineers and natural pest controllers at the heart of a functioning ecosystem,” says lead author Jean-Marc Bonmatin of the National Centre for Research in France. Other research shows they may not even increase agricultural yields.

Neonics are a family of chemicals with names like thiacloprid and imidacloprid. They disrupt the central nervous systems of insects and are undeniably great at killing pests like aphids and grubs. Unlike traditional pesticides, neonics are “systemic pesticides” that are most often applied to seeds and roots so the chemical becomes incorporated into the plants’ leaves, pollen, nectar, fruit and flowers.

According to the Task Force, “Neonics impact all species that chew a plant, sip its sap, drink its nectar, eat its pollen or fruit” and can remain toxic for weeks or months — even years. The impacts cascade through ecosystems, weakening their stability. As nerve poisons, they can kill targeted and non-targeted species and can cause “impaired sense of smell or memory; reduced fecundity; altered feeding behaviour and reduced food intake including reduced foraging in bees; altered tunneling behaviour in earthworms; difficulty in flight and increased susceptibility to disease.” There’s also evidence they can harm human health, especially in infants.

Neonics make up about 40 percent of the world insecticide market, with global sales of US$2.63 billion in 2011—and growing. That may explain why, despite increasing evidence that they’re harmful, there’s been such strong resistance to phasing them out or banning them. After experts concluded in 2013 that neonics pose an unacceptable risk to bees, the European Union imposed a temporary ban on the use of three neonics in applications that are particularly hazardous to bees—despite fierce opposition from the agrochemical industry and several governments. At the same time, Canada re-approved clothianidin, one of the chemicals banned in Europe.

In the face of conclusive findings from hundreds of studies, industry reaction has been astounding. “There is very little credible evidence that these things are causing untoward damage because we would have seen them over 20 years of use,” said Julian Little, spokesperson for neonicotinoid manufacturer Bayer.

What will it take to get governments and industry to put people—and pollinators—before profits? Around the world, concerned individuals and organizations are calling on decision-makers to get serious about this threat. At writing, more than 27,000 have signed a David Suzuki Foundation action alert asking federal and provincial governments to ban the use and sale of neonics.

It’s the government’s duty to protect us from potentially harmful chemicals. With neonics, the science is clear: they’re unsafe. Researchers say “there is clear evidence of harm sufficient to trigger regulatory action.” They’re calling them “the new DDT”. It’s time to ban these harmful pesticides.