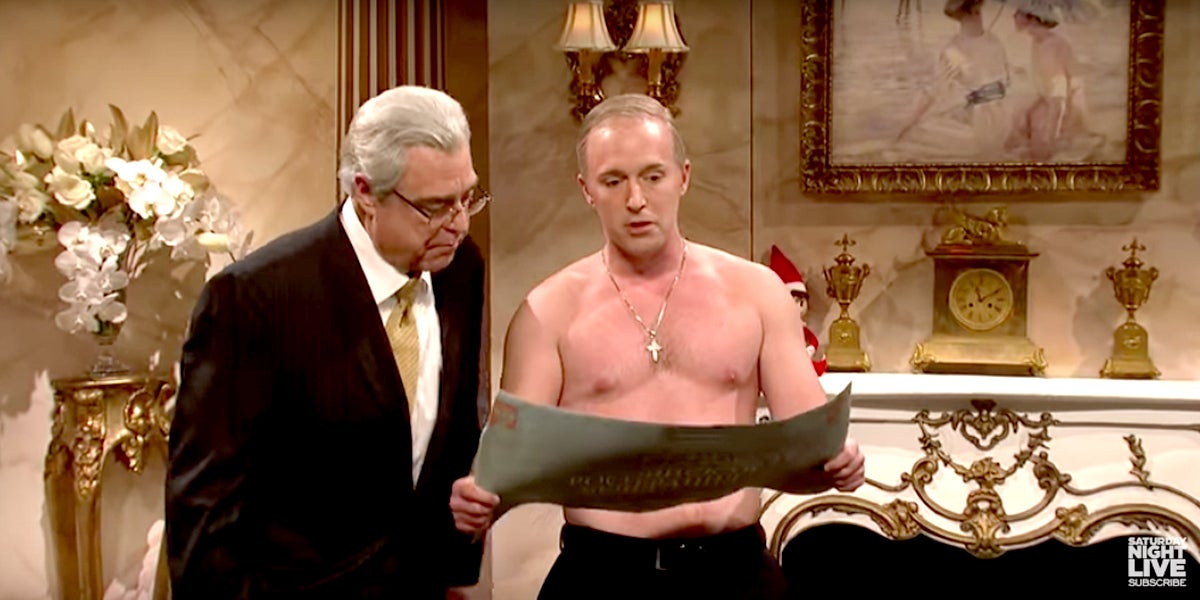 Last night, Vladimir Putin visited Donald Trump—played by Alec Baldwin—at Trump Tower during the opening skit on Saturday Night Live. While Trump and Putin where discussing whether it’s a good idea for the two of them to be seen together, SNL’s Kate McKinnon as Kellyanne Conway announces that Exxon CEO Rex Tillerson, Trump’s pick for Secretary of State, is there to see him.

Once Tillerson sees that Putin is in Trump’s apartment, he becomes elated to see his old-time friend.

Watch here to see what happens when Tillerson and Putin get down to business: