New Satellite Data Reveals One of the Largest Methane Leaks in U.S. History 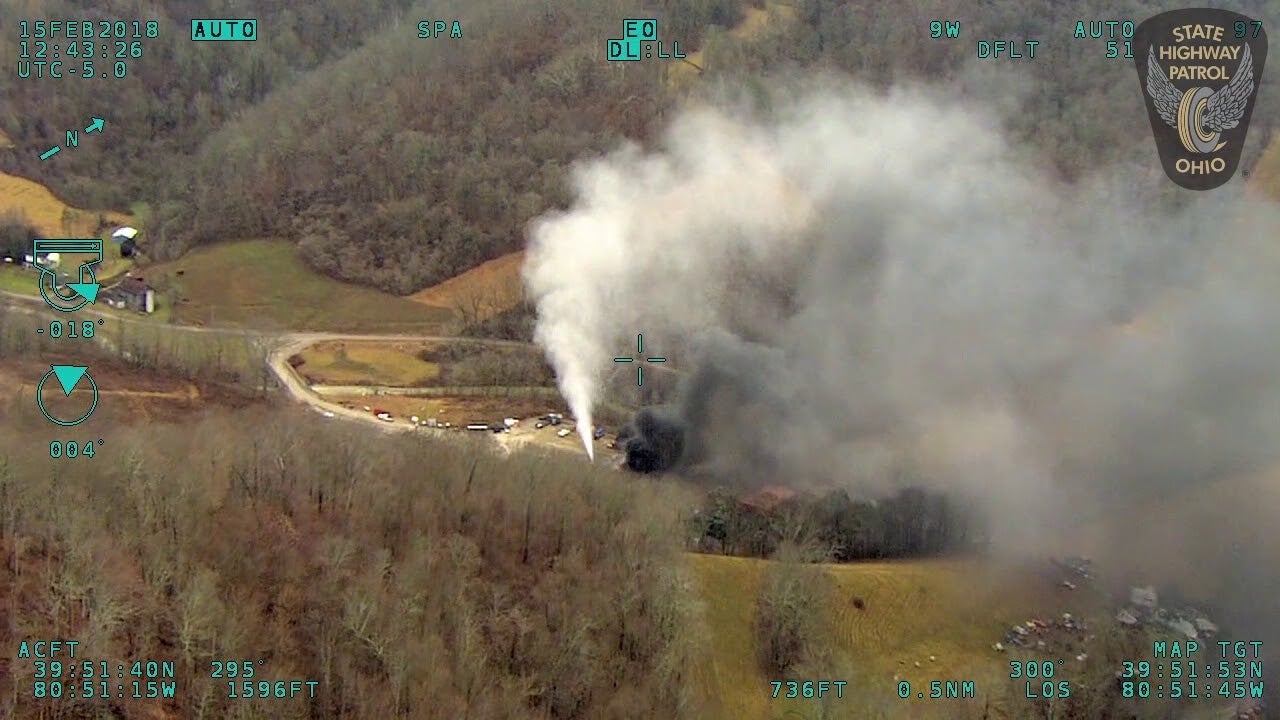 In February 2018, a blowout at a fracked natural gas well in Belmont County, Ohio forced around 100 nearby residents to flee their homes, as The New York Times reported. Now, a study published in the Proceedings of the National Academy of Sciences Monday has revealed that the local incident had major implications for the global climate crisis.

Researchers used satellite data to determine that the blowout caused one of the largest methane leaks in U.S. history. It released more methane in around 20 days than the oil and gas industries of France, Norway and the Netherlands do in a year, Bloomberg News reported. The results raise questions about the ability of the oil and gas industry to control methane leaks.

“When I started working on methane, now about a decade ago, the standard line was: ‘We’ve got it under control. We’re managing it,'” study coauthor and Environmental Defense Fund (EDF) scientist Dr. Steven Hamburg told The New York Times. “But in fact, they didn’t have the data. They didn’t have it under control, because they didn’t understand what was actually happening. And you can’t manage what you don’t measure.”

The research is one example of how satellites can help accurately measure the problem. The paper’s Holland and U.S.-based authors used data from the spaceborne Tropospheric Monitoring Instrument (TROPOMI) to determine that the well leaked methane at a rate of about 120 metric tons per hour, double the rate of leakage from the largest ever methane leak in U.S. history, which took place in 2015 at a California oil and gas storage facility. The satellite measurements also estimated that the leak spewed 60 kilotons of methane in total into the atmosphere, Stuff.co.nz reported. That’s five times the amount estimated by ExxonMobil, whose subsidiary XTO Energy owns the well.

“We deeply regret this incident occurred and are committed to identifying and managing risks associated with our activities to prevent recurrence,” ExxonMobil spokeswoman Julie King told Stuff.co.nz in an email. “We are eager to learn more about their study. ExxonMobil is working with government laboratories, universities, NGOs and other industry participants to identify the most cost-effective and best-performing technology, including satellites, that can be adopted by all producers to detect, repair and accurately measure methane.”

The study also raises questions about the climate safety of fracking and natural gas. While burning natural gas only emits half the greenhouse gases that burning coal does, methane is as much as 25 times more powerful than carbon dioxide. Methane leaks can therefore undermine the relative advantage of gas when it comes to lowering emissions.

The study’s authors wrote that satellite measurements can help keep track of methane leaks that might otherwise be missed in calculating greenhouse gas emissions. Environmental groups are also increasingly embracing satellites as a tool. The EDF is even partnering with an aerospace company to build and launch a satellite dedicated to finding and monitoring methane leaks.

“We’re entering a new era. With a single observation, a single overpass, we’re able to see plumes of methane coming from large emission sources,” satellite expert and study coauthor Ilse Aben told The New York Times. “That’s something totally new that we were previously not able to do from space.”