Sardine Population Down 95% Since 2006, Fishery Shut Down for Third Consecutive Year 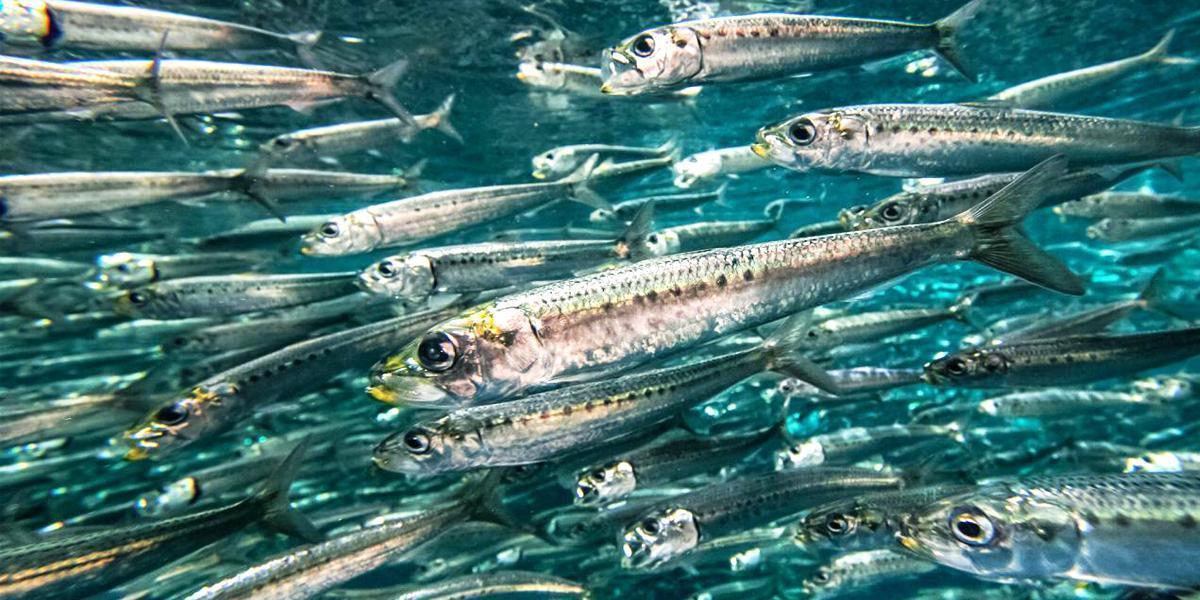 Federal fishery managers voted Monday to keep the U.S. West Coast Pacific sardine fishery closed for the upcoming commercial season. With an estimated 86,586 metric tons (mt) of sardine remaining and 150,000 mt necessary for fishing to occur, this will be the third year in a row there are not enough sardines to support a fishery.

“This modern day Pacific sardine crash, which was exacerbated by excessive fishing when the population was falling, underscores the need for new approaches to fishery management,” said Geoff Shester, California campaign director for Oceana. “We hope managers learn from this and strengthen safeguards to protect sardines and the ocean wildlife dependent on sardines, while also supporting sustainable fishing communities.”

The northern sardine subpopulation ranges along the Pacific coast from Baja California, Mexico to British Columbia, Canada. It is fished by Mexico, Canada and the U.S. without a common management agreement. In recent years, as the population was crashing (2007-2014), the fishery off California, Oregon and Washington landed on average 73,000 metric tons of sardines a year with an average dock value of $13.9 million per year. Most Pacific sardines are exported and sold as bait for foreign fisheries or feed for penned bluefin tuna or canned overseas for human consumption. Left in the water, Pacific sardines are an important food fish for many dependent predators from whales, sea lions and Chinook salmon, to brown pelicans, common murres and least terns.

“Over the last four years we’ve witnessed starved California sea lion pups washing up on beaches and brown pelicans failing to produce chicks because moms are unable to find enough forage fish,” said Ben Enticknap, Pacific campaign manager and senior scientist with Oceana. “Meanwhile sardine fishing rates spiked right as the population was crashing. Clearly the current sardine management plan is not working as intended and steps must be taken to fix it.” 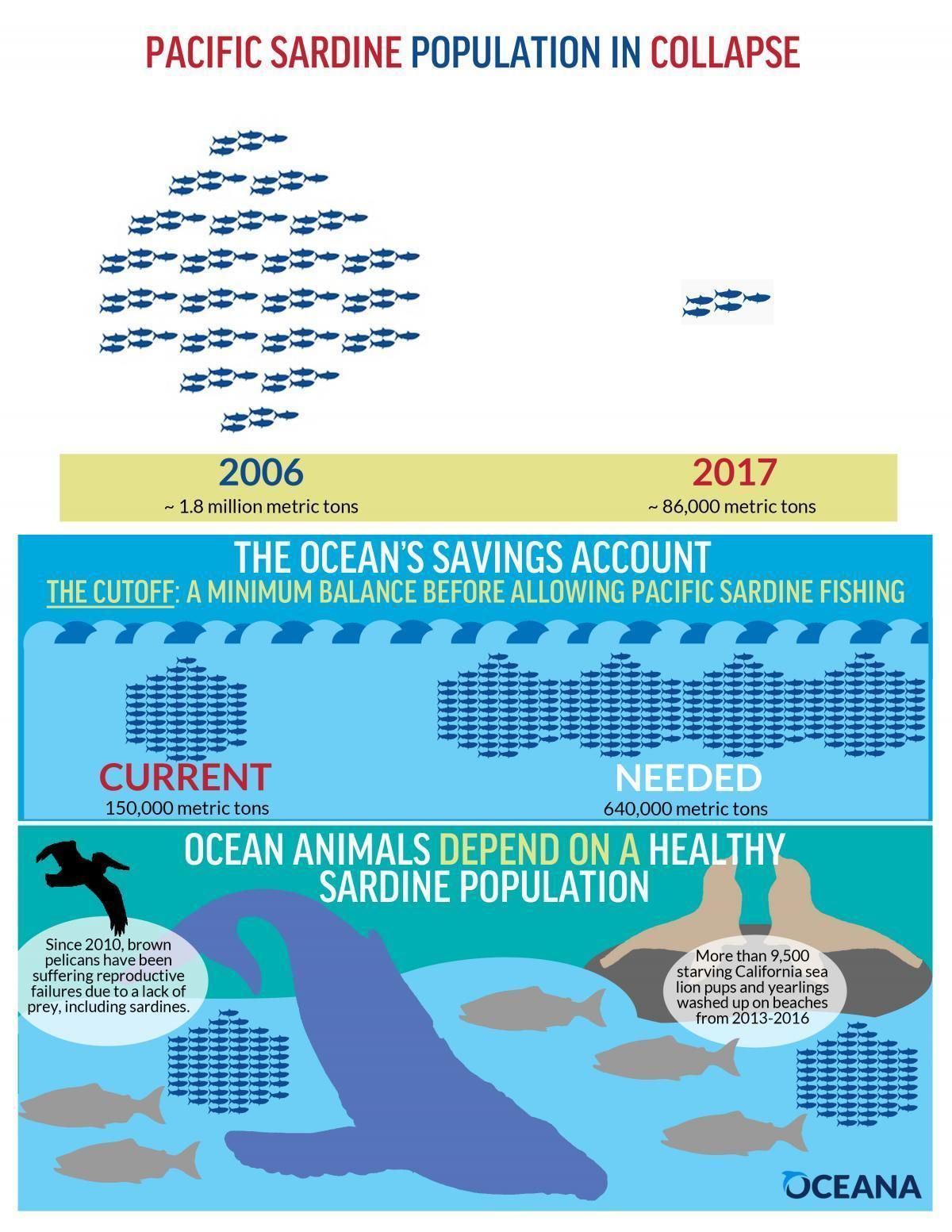 Leaving more sardines in the water before fishing is allowed to occur will help ensure there is enough of this critical food fish for wildlife while allowing the sardine population to rebuild more quickly. When sardines are again at healthy levels, Oceana supports an ecologically sustainable fishery with a preference of providing sardines for direct human consumption, rather than secondary uses like bait or aquaculture feed. It is equally important that fishing rates are curtailed during a population decline to prevent exacerbating a fishery collapse in the future.

In 2013, the fishery removed 40 percent of the remaining sardines as the population was collapsing, exceeding the maximum sustainable yield fishing rate by more than two fold. Implementing a coordinated management approach with Mexico and Canada—nations that also fish the same sardine population—will help prevent coast-wide, international overfishing.

The decision by the Pacific Fishery Management Council now goes to the National Marine Fisheries Service to issue regulations for the upcoming season spanning July 1 to June 30, 2018.