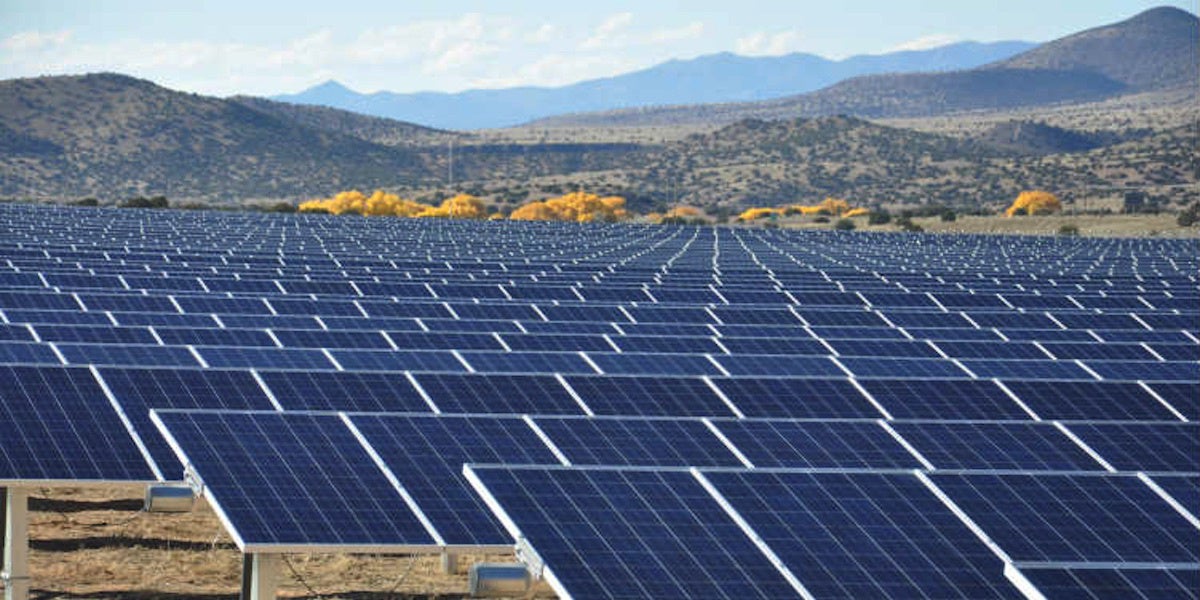 PNM, the largest electricity provider in New Mexico, has more than 1 million solar panels at 15 different solar sites to provide clean energy for the state.

On Wednesday, Santa Fe’s City Council unanimously adopted Mayor Javier Gonzales’ resolution directing City Manager Brian Snyde to develop a feasibility study on how the city can transition to renewables by 2025. Snyde will report the findings in 90 days.

“The City of Santa Fe has historically been a leader in the fight against global warming and has a responsibility to continue to set a positive example for other cities, states and countries to follow,” the resolution states.

“Such a transition to utilizing 100 percent renewable energy will promote employment opportunities and economic growth in our community, facilitate local control and ownership of the city’s energy options, and bring tangible benefits of using renewable energy to the community as a whole,” it adds.

Gonzales celebrated the city’s ambitious clean energy goal with a tweet saying there is “work to do, but here we go!”

There it is #SantaFe, on a unanimous vote my resolution to commit to 100% Renewable Energy sourcing by 2025. Work to do, but here we go!

The New Mexican reported that a quarter of the city’s energy already comes from renewable sources, mostly from solar.

According to the report, the mayor also introduced a resolution this week to amend the city’s investment policy to ensure that its fiscal agent, Wells Fargo, does not invest any city funds in fossil fuels.