Bernie Sanders Slams Trump: ‘We Will Fight You Every Step of the Way’ 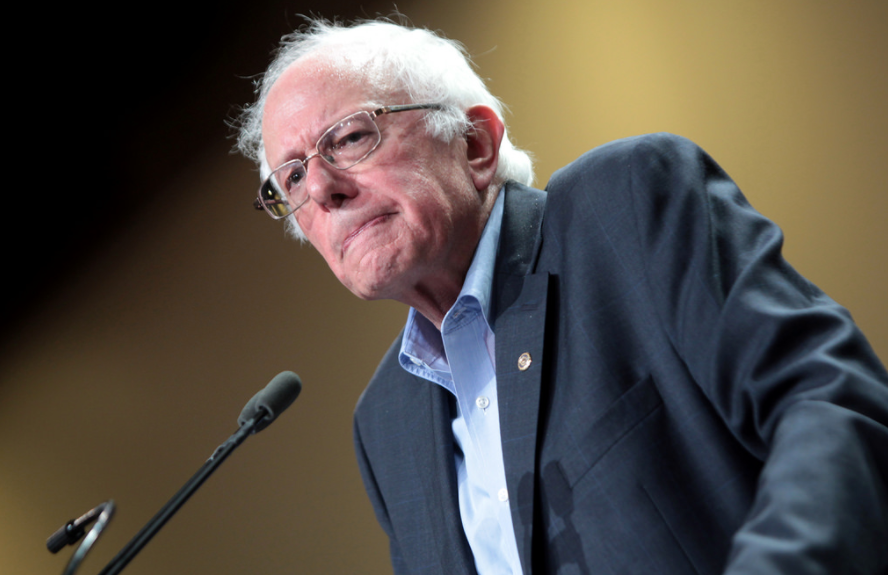 President
Donald Trump‘s executive order to wipe out President Barack Obama’s climate legacy was met with widespread opposition from, well, just about anyone who cares about clean air and water.

In response to Tuesday’s order, Vermont Sen. Bernie Sanders tweeted, “Mr. Trump, you cannot run a government by rejecting science. Listen to the scientific community, not the CEOs of the fossil fuel industry.”

Sanders—who has one of the strongest records on
climate change in the Senate and is one of the new president’s harshest critics—also posted a video onto social media calling Trump’s “anti-environmental executive orders” a “disaster” and a “threat to the future of this country, and to the future of the world.”

Trump’s order has rolled back Obama-era regulations such as the Clean Power Plan that limits emissions from power plants. The Clean Power Plan was designed to reduce harmful carbon emissions and particle pollution that would benefit the climate and provide important public health protections at the same time.

Mr. Trump: You are threatening the lives of our children and grandchildren. We will fight you every step of the way. pic.twitter.com/xrSsag1c9K

Trump, however, does not seem to care about that. At yesterday’s signing ceremony, the president surrounded himself with company executives and coal miners and promised that his sweeping order will create jobs.

But as Sanders’ widely viewed video shows, the president’s promise to bring back coal jobs is a “flat out lie.” U.S. mining jobs have been on the decline for decades whereas the renewable energy sector can create millions of jobs while protecting the climate at the same time.

“What our job is, is not to expand the use of fossil fuels,” Sanders said. “It is to significantly cut back on fossil fuels, move to energy efficiency and sustainable energies like wind, solar and geothermal.”

Sanders lamented that the United States is being led by a president who thinks that climate change is a “hoax” created by the Chinese. He believes that Trump’s actions threaten “not only this generation” but also “the lives of our kids and our grandchildren,” Sanders added. He then vowed to fight the order “every step of the way.”

The senator is not alone in his disapproval of the Trump administration’s anti-environmental polices.

Jane Goodall called the administration’s agenda “depressing,” as it could push the United States’ pledge to the
2015 Paris climate agreement out of reach.

“I find it immensely depressing because many of us—not just my institute—have been working really hard to create the Paris agreement and global effort to cut carbon emissions,” Goodall
told reporters before a speech at American University in Washington. “Thinking that the USA isn’t going to play its part, such a major industrial country, is really very, very sad and it just means we’re going to have to work harder.”

The famed primatologist and conservationist went on to say that she’s seen the effects of our rapidly warming planet firsthand.

“Because I’m traveling all over the world 300 days a year, I have seen the result of climate change and we know, science has shown, that global temperatures are warming and these so-called greenhouse gases are blanketing the globe,” she said.

Goodall then rejected the attitudes of many politicians who actively oppose climate change policies by claiming they do not know the science behind it.

“There’s no way we can say climate change isn’t happening: it’s happened,” she said. “The argument that people give is, ‘Well, we can’t prove that human activities are the main cause of this,’ and I just heard the other day that one of the president’s people [U.S. Environmental Protection Agency head
Scott Pruitt] said, ‘Well, we don’t think carbon monoxide is the main greenhouse gas.'”

Pruitt notoriously said in an interview with CNBC earlier this month that CO2 is not a primary contributor to global warming.

“So being not a scientist in that field, I tend to listen to scientists who do work in that field, like Nicholas Stern, and I would not dream of refuting the science that shows climate change is happening, it’s happening everywhere, it’s already having devastating effects in many parts of the word and the droughts are getting worse, flooding’s getting worse, storms, hurricanes are getting more frequent and more violent. And the main thing is unpredictability: everywhere I go people say well it’s not normally like that at this time of year,” Goodall said.