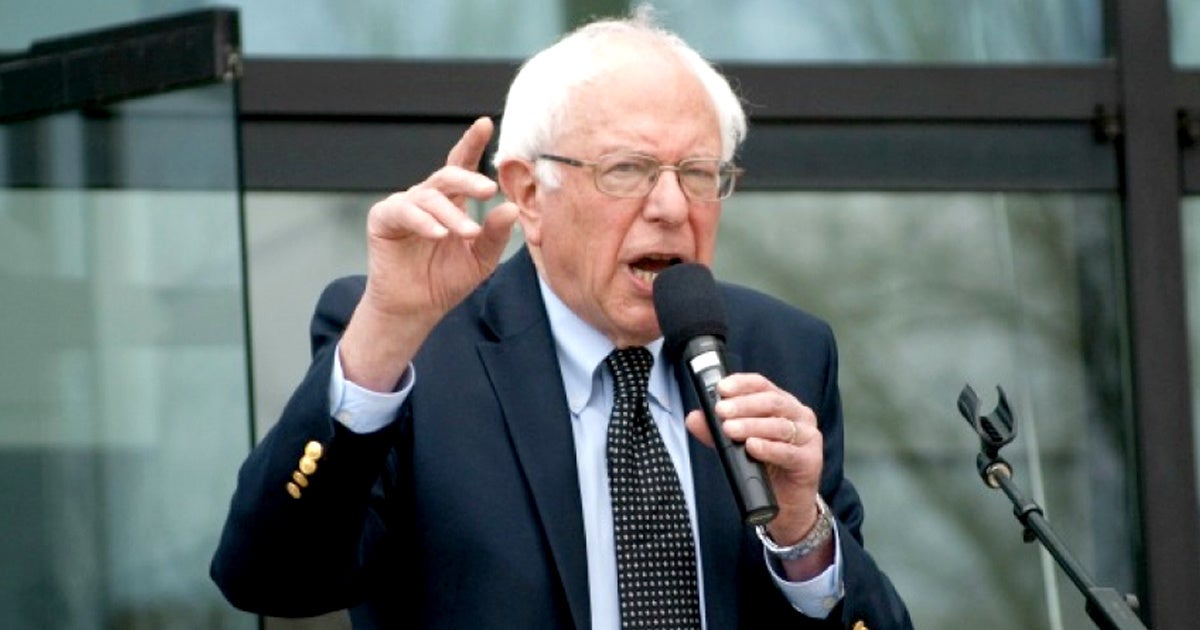 As Senate Democrats stay silent on an energy bill that environmental groups call “a pro-fracking giveaway to oil and gas interests that would commit America to decades more of dangerous fossil fuel dependence,” Sen. Bernie Sanders (I-Vt.) is receiving applause for speaking out against it.

“As a nation, our job is to move away from fossil fuels toward sustainable energy and energy efficiency. This bill does the opposite,” Sanders said in a statement.

Sanders’ opposition to the bill was praised by environmental advocates who continue to pressure Democrats with thousands of phone calls to their Congressional offices.

“Once again, Bernie Sanders shows that he is a champion of the American people by reminding the Senate that clean renewable energy, not obedience to industry executives, is the future of our country,” said Bill Snape, senior counsel at the Center for Biological Diversity.

“By coming out in opposition to the dirty energy bill currently looming before the Senate, Senator Sanders has once again demonstrated the real progressive leadership that is too often hard to find in Washington,” Hauter said. “With our climate and a livable future hanging in the balance, Senate Democrats need to wake up, state their sensible opposition to this foolish energy bill now, and ensure it doesn’t see the light of day.”

Earlier this month, more than 350 green groups sent a letter to pressure Senate Minority Leader Chuck Schumer (D-NY) to oppose the bill. However, according to recent reporting by Bloomberg, “no Democrat has publicly voiced opposition” to the legislation, which is nearly 900 pages, even though it “would entrench natural gas into the U.S. energy portfolio for years to come.”

The bill, Sanders said, “would make us more reliant on fracking for natural gas for decades to come by expediting the review process for natural gas pipelines and liquefied natural gas. It would also provide millions of taxpayer dollars to research new offshore natural gas extraction techniques.”

Supporters of the legislation are quick to point to its power grid updates, as well as cyber security, public lands, and energy efficiency provisions. Some senators also see it as an opportunity to work across the aisle.

Sen. Sheldon Whitehouse (D-RI), often considered one of the Senate’s major advocates for the environment, told Bloomberg: “There’s been no slaking of the thirst for bipartisan work because none’s been available, and I think in energy, there are areas where we can work together… We’re not going to agree on everything, but it’s worth a try.”

Environmental advocates and organizations disagree, and said in their letter to Schumer:

No energy legislation is better than bad energy legislation that serves to increase our dependence on dirty fossil fuel production instead of advancing energy efficiency to reduce the amount of energy we utilize and building on successful policies to expand clean energy sources such as solar and wind…. In light of the current administration’s overt efforts to make it easier for the fossil fuel industry to pollute our air and water, it is more essential than ever that Congress resist efforts to increase fossil fuel production.

“By opposing this bill, Senator Sanders continues to be a real climate leader in Congress,” said actor and environmental advocate Mark Ruffalo. “There can be no more trading off a few good conservation provisions in a bill for increased coal projects and fracking. We must transition swiftly to renewable clean energy. Our time is running out.”