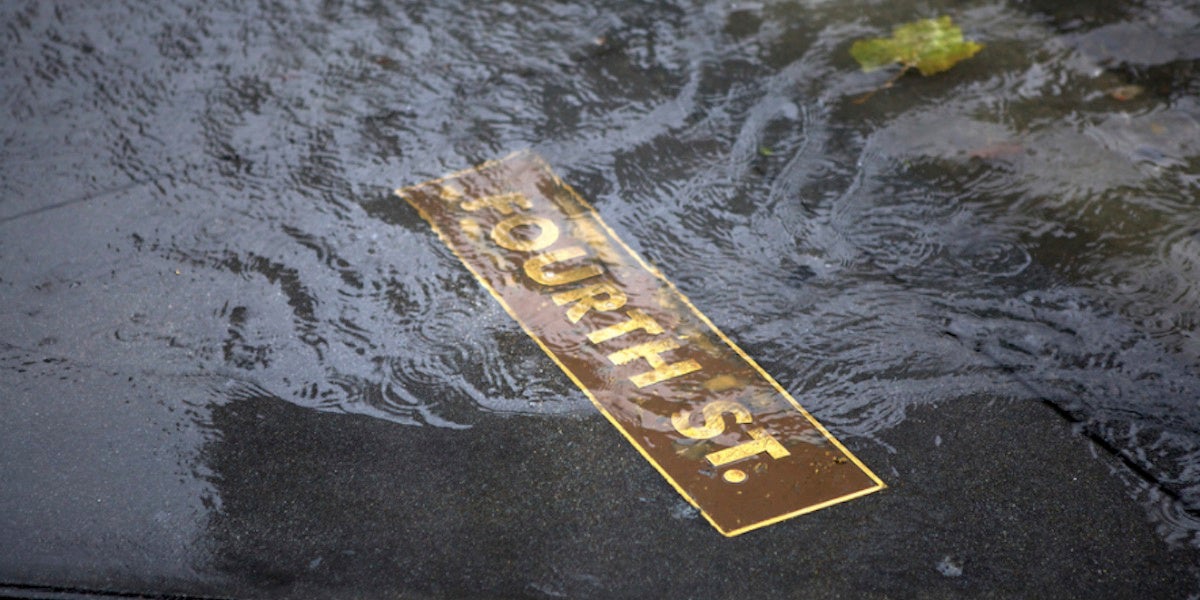 The two Californian cities join the counties of Marin, San Mateo and San Diego and the city of Imperial Beach that have taken similar legal action in recent months, the
San Francisco Chronicle reports.

They seek to hold the companies responsible “for the costs of sea walls and other infrastructure necessary to protect
San Francisco and Oakland from ongoing and future consequences of climate change and sea level rise caused by the companies’ production of massive amounts of fossil fuels,” according to a joint announcement from the attorneys.

They claim that the oil and gas giants have known about the link between fossil fuels and climate change for decades but continue to sell their products anyway, thus creating “an ongoing public nuisance that is causing harm now, and in the future risks catastrophic harm to human life and property, including billions of dollars of public and private property in Oakland and San Francisco.”

Herrera accused the fossil fuel companies of copying a page from the Big Tobacco playbook by launching a “multi-million dollar disinformation campaign to deny and discredit what was clear even to their own scientists: global warming is real, and their product is a huge part of the problem.”

“Now, the bill has come due,” Herrera said. “It’s time for these companies to take responsibility for the harms they have caused and are continuing to cause.

“Chevron welcomes serious attempts to address the issue of climate change, but these suits do not do that,” company spokeswoman Melissa Ritchie told the San Francisco Chronicle in an email. “Reducing greenhouse gas emissions is a global issue that requires global engagement and action.”

Eric Wohlschlegel, a spokesman for the American Petroleum Institute trade group, added to the publication that the industry has already made climate change a priority and will “play a leading role in driving down U.S. greenhouse gas and other emissions.”

But the California city attorneys they want the courts to “hold the defendants jointly and severally liable for creating, contributing to and/or maintaining a public nuisance and to create an abatement fund for each city to be paid for by defendants to fund infrastructure projects necessary for San Francisco and Oakland to adapt to global warming and sea level rise.”

“The total amount needed for the abatement funds is not known at this time but is expected to be in the billions of dollars,” they said.

Parker called climate change “an existential threat to humankind, to our ecosystems and to the wondrous, myriad species that inhabit our planet.”

“These companies knew fossil fuel-driven climate change was real, they knew it was caused by their products and they lied to cover up that knowledge to protect their astronomical profits. The harm to our cities has commenced and will only get worse. The law is clear that the defendants are responsible for the consequences of their reckless and disastrous actions,” she concluded.

On a related note, climate experts Peter C. Frumhoff and Myles R. Allen argued in a recent
article that fossil fuel giants, not taxpayers, should shoulder the billions of dollars in damages caused by extreme weather events such as hurricanes that are exacerbated by Earth’s rising’s temperatures.

Using a simple, well-established climate model, our
study for the first time quantifies the amount of sea level rise and increase in global surface temperatures that can be traced to the emissions from specific fossil fuel companies.

The scientists point outed: “It may take tens to hundreds of billions of dollars to support disaster relief and recovery among Gulf coast communities affected by Hurricane Harvey. ExxonMobil, Chevron and BP have collectively pledged only $2.75m.”