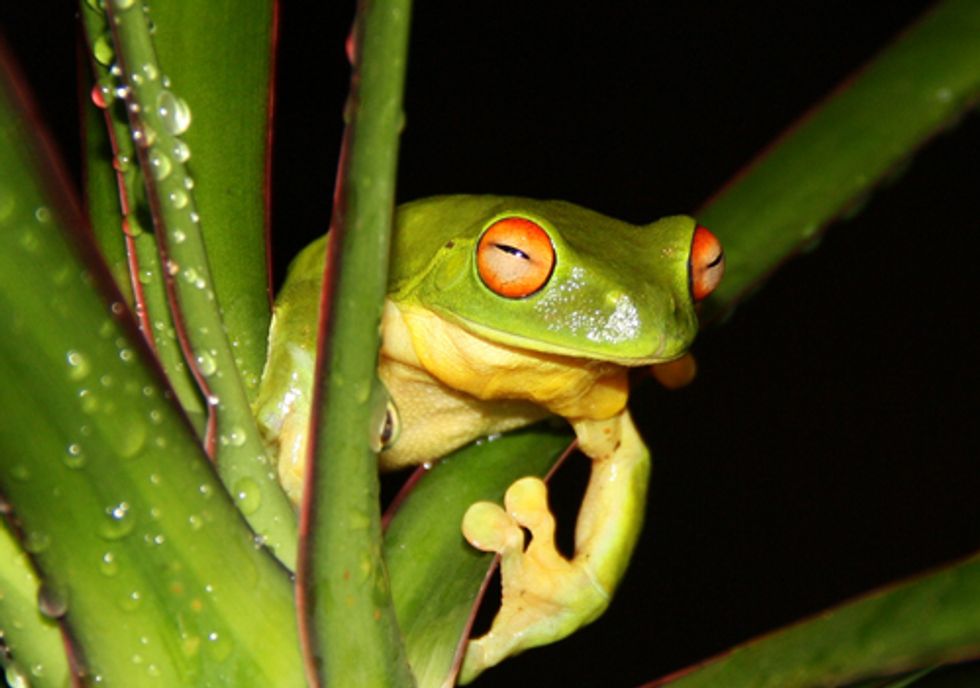 A coalition of California environmental groups are outraged that San Francisco’s Mayor Ed Lee has vetoed legislation designed to protect the city’s Sharp Park Wetlands and the endangered California Red-Legged Frogs and San Francisco Garter Snakes that live there. The city currently operates a golf course on the property. The course was built on top of the wetlands, which the city pumps out to sea to improve playing conditions—at the expense of the multitude of wildlife species that depend on the site’s rare wetland habitat. More than 95 percent of California’s coastal wetlands have been destroyed or damaged.

The legislation would have paved the way for the closure of the Sharp Park Golf Course and the turning over of the management of the land to the National Park Service. “Golf is a game, it is not crucial to life on this planet, and there are over 10,000 golf courses in the USA. Wetlands however, are not a game. They are a matter of life or death for a large number of endangered species,” said Dr. Kerry Kriger, founder of Save The Frogs, an amphibian conservation organization based in Santa Cruz, California.

Mayor Lee, a golfer, refused to meet with any representatives of the Save The Frogs, the Wild Equity Institute, the Sierra Club or the National Parks Conservancy Association prior to issuing the veto. “By vetoing the legislation without ever meeting with environmental groups the Mayor has labeled himself as ‘anti-environment’, he has damaged San Francisco's reputation as a progressive leader and he has extended the death sentence that endangered frogs face every time the city uses taxpayer money to pump the Sharp Park Wetlands out to sea,” said Dr. Kriger. “The mayor blew a brilliant opportunity and should redeem himself by rescinding the veto immediately.”

Save The Frogs supporters sent the mayor’s office more than 4,000 letters asking him to protect the wetlands. Mayor Lee expressed no remorse about the veto, stating, "I remember the clubhouse very well, a lot of my friends went to the clubhouse to have some great dinners there.”

The federally endangered California Red-Legged Frogs that live at Sharp Park are killed when their egg masses get stranded on land during the city’s pumping operations and when tadpoles get sucked through the pumps and out to sea. The Red-Legged Frogs were nearly eaten to extinction in the 1890’s by the California gold miners. Now they are threatened by habitat destruction, roadkill and non-native species such as American Bullfrogs, which are voracious predators that are being imported into California by the millions each year to satisfy San Francisco’s burgeoning frog meat trade. “Humans have been persecuting the California Red-Legged Frogs for over a century. I think it’s time we gave them a little assistance,” says Dr. Kriger. Save The Frogs is calling on the mayor to rescind his veto.

The city of San Francisco is currently being sued for illegally killing endangered wildlife at the golf course, which loses more than $100,000 per year. Social justice groups say closing the golf course would allow San Francisco to direct more money to youth programs in the city. The U.S. Fish & Wildlife Service last week denied the city’s attempt to classify golf course activities as “recovery actions” and put them on notice not to kill endangered species without proper permits.

The Wild Equity Institute is building a healthy and sustainable global community for people and the plants and animals that accompany us on Earth.