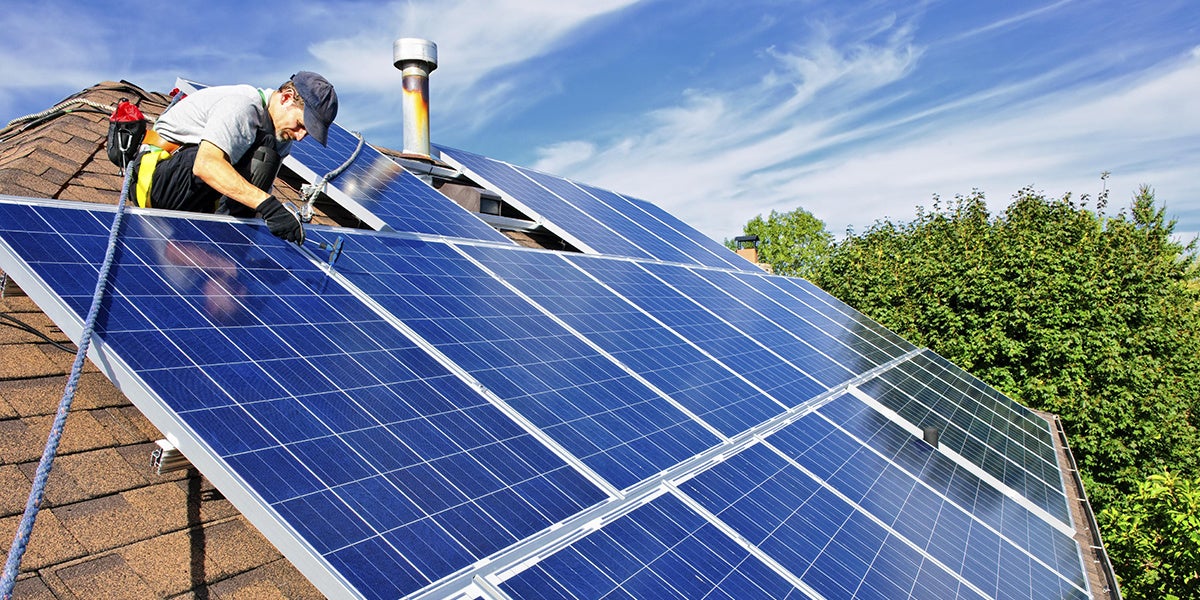 President Trump’s commitment to pull out of the Paris agreement signaled what appeared to be the worst of times for a transition to a low-carbon future in the United States. But actions being taken by a significant number of cities could instead make it the best of times for renewable energy in America.

Cities both in the U.S. and around the world are increasingly setting low-carbon goals and implementing local policies that recognize sustainability investment as essential to new markets, jobs and creating attractive places to live, work and do business.

New research released last month by CDP, a U.K.-based charity that runs the global disclosure system for businesses and governments, showed more than 100 global cities that report that they are getting at least 70 percent of their electricity from renewable sources. 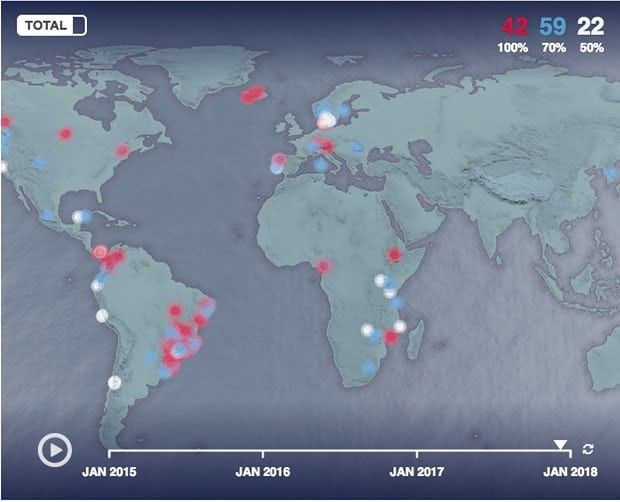 The world’s renewable energy cities: more than 100 cities now get at least 70% of their electricity from renewable sources such as hydro, geothermal, solar and wind. CDP / Flourish

Click here to see CDP’s infographic about cities around the globe that are using renewable energy.

In June 2017 the U.S. Conference of Mayors, representing 250 U.S. mayors, resolved to support the procurement of 100 percent renewable energy for cities by 2035.

Burlington, Vermont is one of the first U.S. cities to report to CDP that it sources 100 percent of its electricity from renewable sources.

Burlington began its transition to a net-zero economy back in 1978 when it replaced its coal plant with a 50-MW generating station powered on biomass. The next step was harnessing wind and solar power through the construction of a 10-MW wind farm and the installation of rooftop solar PVs on high schools, the airport and the electric department. In 2014, when citizens voted to approve a $12 million bond in 2014 for the city’s energy department to purchase the 7.4-MW Winooski Hydroelectric Plant, Burlington’s transformation to 100 percent renewable energy was complete.

The city’s shift to green energy has also helped its residents, not raising electricity rates in eight years. And seizing the opportunity to turn Burlington into a center of innovation, the city has continued its progressive push by investing in charging stations for electric vehicles and developing plans to pipe steam from the biomass plant to heat downtown homes.

Three thousand miles away on America’s west coast, San Francisco is trailblazing the path in solar power—driven by economic reality. Last year, municipal leaders took the bold move to become the first American city to mandate solar roofs on most new construction. Under the legislation, all new buildings under 10 stories must have solar PV or solar thermal panels installed on at least 15 percent of their roof space. Consequently, the city now boasts more than 15-MW of solar PV.

With an electricity mix of 34 percent renewable energy, San Francisco still has a long way to go to reach its ambitious target of 100 percent by 2030. But the wheels are clearly in motion to scale-up solar power, with the city serving as a shining example of the power of solar.

Unsubsidized renewables were the cheapest source of electricity in 30 countries last year according to the World Economic Forum. With renewables predicted to be consistently more cost effective than fossil fuels globally by 2020, the rate at which cities around the world follow San Francisco’s lead is likely to pick up pace.

Cities as the Battleground

Cities are vital to the transition to a low-carbon economy. Cities are home to half the world’s population and are expanding rapidly. In the U.S. alone, over 80 percent of the population lives in urban areas. Meanwhile, cities around the globe are responsible for over 70 percent of energy-related carbon emissions.

As cities expand, they need to ensure that the new infrastructure they put in place is fit for a low-carbon economy. Public-private partnerships will be crucial to transitioning to green energy, particularly with the propensity for deficits in public finance.

The good news is that CDP’s data shows that globally, cities are moving in the right direction in engaging with the private sector. In 2016, we collected data from 570 cities around the world and found that municipalities highlighted a total of 720 climate-related projects suitable for private sector investment, worth a combined $26 billion. One year later, that figure had ballooned to 1,045 projects and more than $52 billion.

Much of the drive behind city climate action and reporting comes from the 7,000+ mayors signed up to the Global Covenant of Mayors for Climate and Energy who have pledged to act on climate change.

Despite the prospect of the American withdrawal from the Paris agreement, cities in the U.S. and around the world are still putting ambitious plans in place to harness the power of clean electricity. Cities not only want to shift to renewable energy, but most importantly, they can. We urge all cities to disclose to us, work together to meet the goals of the Paris agreement and prioritize the development of ambitious renewable energy procurement strategies.