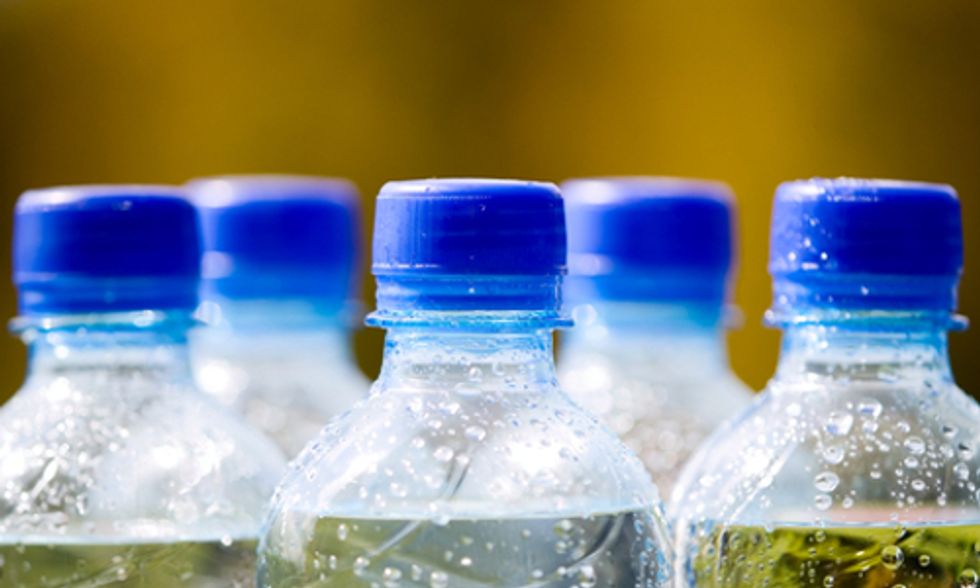 It took nearly a decade of grassroots organizing to ban the sale of plastic water bottles on public property in San Francisco, according to Nick Guroff of the nonprofit Corporate Accountability International. Finally, in early March 2014, the city's Board of Supervisors voted unanimously to pass a bottle-banning ordinance introduced a year earlier; Mayor Edwin M. Lee signed it into law shortly thereafter.

The ban is set to go into effect in October 2014, and will be the first of its kind in the nation. Photo courtesy of Shutterstock

As Eve Andrews wrote in an article at Grist.org, "San Francisco might have done it just a little bit to make every other American city look even worse. (Oh, come on! You were thinking it too!)"

Still, we're cheering for this ecological victory in "Frisco."

Set to take effect in October 2014, it's the first law of its kind to be adopted by a major U.S. city.

"Where we have public spaces, either in buildings or in parks and other open space—these are places that we don't want the sale or distribution of plastic water bottles," said David Chiu, the city official who introduced the ordinance last year.

Instead, the city is encouraging residents to use metal or other reusable bottles, Chiu said. As with bans on plastic grocery bags in many cities, the goal is to promote sustainability by cutting down on needless and ecologically harmful waste.

In the video below, created by Center for a New American Dream, San Franciscans talk about how they got the new law passed and how it will be implemented.