You Did It! Samsung Commits to Recycling Millions of Recalled Galaxy Smartphones 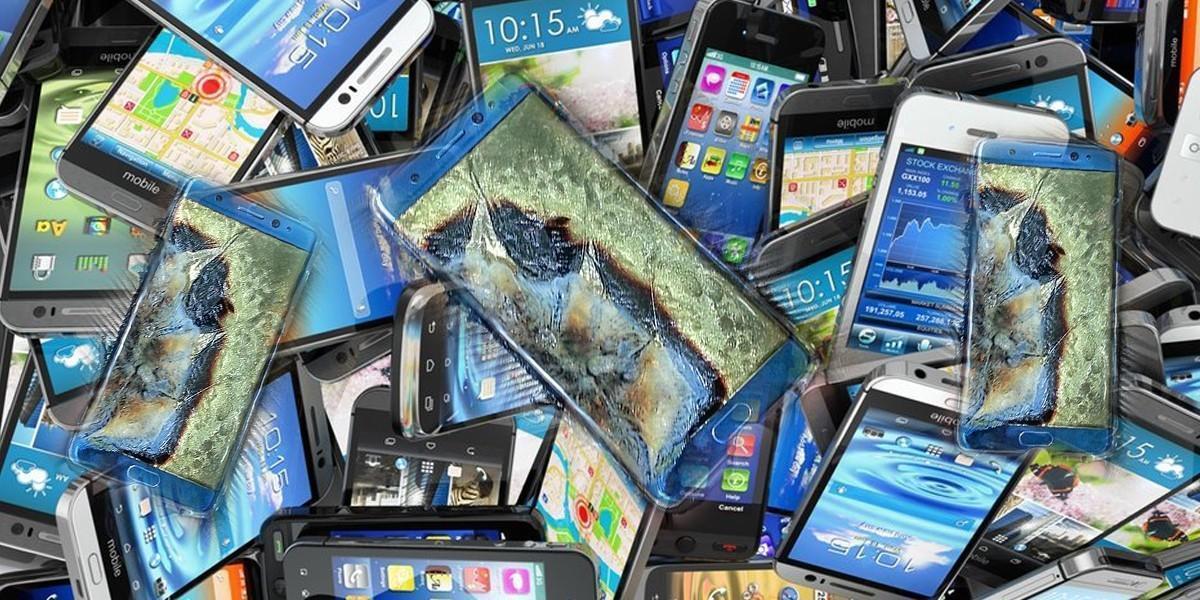 After five months of people-powered actions around the world, Samsung pulled its head out of the sand and committed to recycling the millions of Galaxy Note 7 phones it recalled. This is a huge win for the hundreds of thousands of people who took action.

Here’s what Samsung’s committed to do in a nutshell: Samsung will refurbish non-problematic components of the Galaxy Note 7, such as the camera and alarms, so they can be used and resold in future phones. For components that can’t be repurposed, the company will extract and recycle the raw materials in an environmentally-sound way.

Samsung also announced it will participate in new research led by the European Union aimed at developing a new environmentally friendly technology to recycle smartphones. Let’s see where this goes, but for now, it’s good news.

If It Wasn’t for You, These Phones Would’ve Been Wasted

But thankfully, hundreds of thousands of you signed the petition and sent messages to the company’s CEO, demanding the company release a plan for recycling these smartphones and move away from its wasteful business model in making short lived devices. People also took action with us online, calling on Samsung to #SaveTheGalaxy and in February, activists in Barcelona took this message straight to the company, holding up banners inside and outside of Samsung’s press conference at the Mobile World Congress. 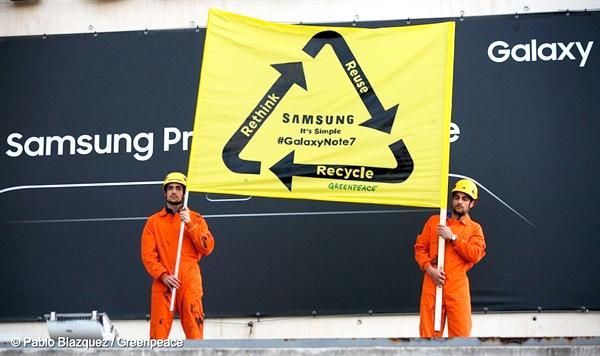 Greenpeace protests outside the Palau de Congresos de Cataluña (Catalunya Palace of Congress) during the presentation of Samsung ahead of the Mobile World Congress.Pablo Blazquez / Greenpeace

This Win is Proof That Together, We Are Powerful

At present, electronics production and consumption is incredibly problematic.

Tonnes of precious raw materials go into making throwaway electronics that are impossible to repair and purposefully designed not to last, leading to millions of gadgets being bought and thrown away as e-waste every year. Electronics factories are mostly powered by dirty energy like coal, which contributes to global warming and most electronics are made by workers using hazardous chemicals, which have tremendous impacts on their health and on the health of the local environment. 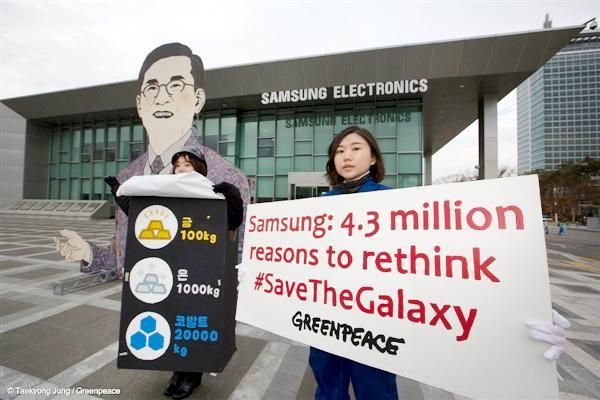 Greenpeace activists create satirical scenes to show the explosion of the Galaxy Note 7 as well as how the device can be recycled at the front gate of the Samsung Electronics’ headquarters in Suwon.Jung Taekyong / Greenpeace

It Doesn’t Have to Be This Way

As IT companies have shown again and again, technology and creativity can be used as powerful forces to transit from an outdated business model towards a more sustainable one. Leading IT companies can become the greatest advocates for a closed-loop production model and a renewably-powered future. The brightest designers can create toxic-free gadgets to last, be repaired and ultimately transformed into something new.

Samsung’s announcement is the first step to show its effort to set a new path for recycling smartphones starting with Note 7s. Greenpeace will make sure Samsung takes into account the voice of millions of our supporters and abides by its commitment.

It’s time our gadgets are as innovative for the planet as they are for our lives. Greenpeace will soon score smartphone brands to see just how repairable they are—and we’ll continue tracking how companies like Samsung live up to their promises. Stay tuned!