Is Sam Clovis a Scientist? A Racist? 9 Questions the Senate Should Ask 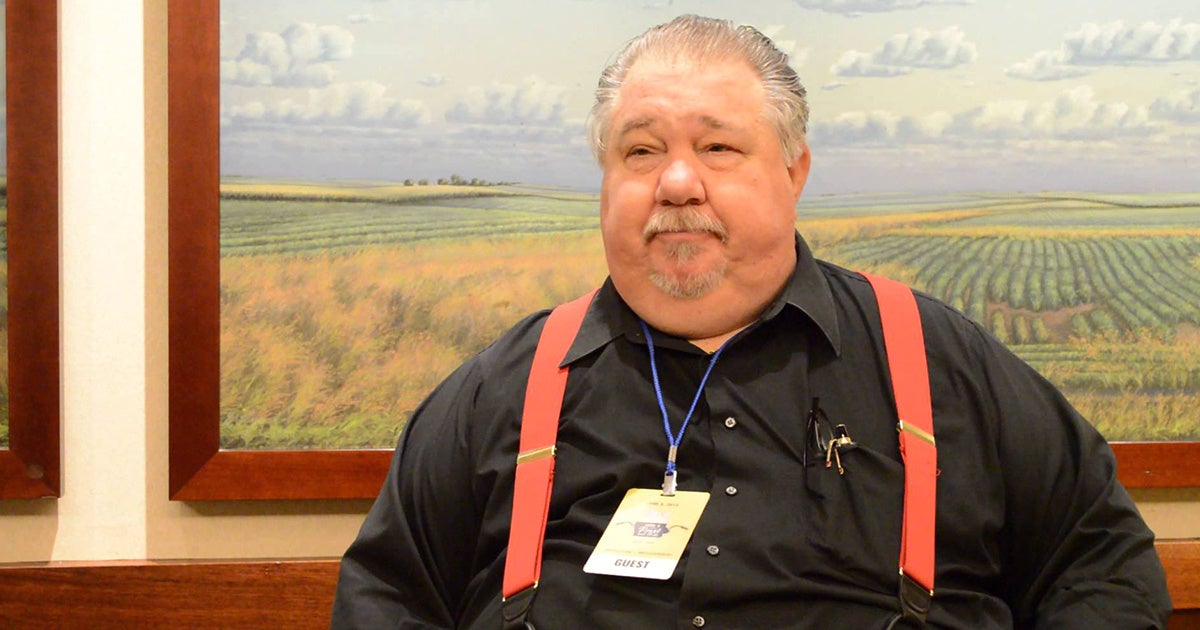 Things are not going so well for President Trump’s nominee for the position of undersecretary for research, education and economics (REE) at the U.S. Department of Agriculture.

This job has responsibility for scientific integrity at the USDA, as well as oversight of the department’s various research arms and multi-billion dollar annual investments in agricultural research and education that are essential to farmers and eaters alike.

The job also encompasses the role of USDA chief scientist, leading Congress in 2008 to emphasize that the person who fills it should actually be a scientist. But Sam Clovis is not one. And that’s not the half of it.

Clovis is a climate denier. He has espoused racist and homophobic views and embraced wild conspiracy theories. He may even be caught up in the Trump campaign’s Russia mess, having reportedly recruited a key Russia-connected foreign policy advisor to the campaign. But while opposition to Clovis is growing, the White House, Agriculture Secretary Sonny Perdue, and other boosters insist that he is just the guy for this job. I disagree, strongly. And I have a lot of questions.

Not a scientist … or an economist

Let’s start with Clovis’s scientific qualifications, which are non-existent despite the clear requirement embedded in federal law. Supporters have recently attempted to obscure his lack of training by describing him alternately as an economist or an academician. Let’s take those in turn:

Economist? No. Perhaps Clovis taught an economics class to undergraduates at Morningside College (or perhaps not), but even if he did that hardly makes him an economist. He has no economics degree and no published work in the field. If he really were a trained economist, especially an agricultural economist, that would seem to meet the legal requirement. But he’s not.

And what of the “academician” label? Well, sure, he has a Ph.D. in public administration and taught college courses, so he has some academic cred. But as an ally from farm country quipped in an email last week, “so does an Oxford-educated Shakespeare expert but you wouldn’t have that person running USDA’s science office.”

Since news of his nomination initially leaked back in May, Clovis has been silent in public. But his racially explosive, offensive, homophobic and just-plain-ignorant past statements continue to haunt him.

Transcripts and audio recordings recently uncovered by CNN show that he used his radio talk show in Iowa during 2011-2013 to hurl racially-charged insults at a variety of political leaders and to traffic in baseless fringe theories on topics ranging from then-President Obama’s birthplace and his reaction to the attack on the U.S. embassy in Libya to the intentions of climate scientists and advocates. And just this week, new CNN reporting revealed that between 2012 and 2014, Clovis argued that homosexuality is a choice and that the sanctioning of same-sex marriage could lead to the legalization of pedophilia.

This is all deeply troubling.

When Congress returns from its summer recess in September, the Senate Agriculture Committee is expected to convene a public hearing, at which its 21 members will have the opportunity to hear directly from the nominee and evaluate his suitability for the job. Based on this hearing, the committee members will vote to advance Clovis’s nomination to the full Senate for consideration … or not.

With that in mind, here are nine questions the committee members should ask the wannabe chief scientist:

1. Are we missing something? A science degree you’ve been keeping quiet about? In nutrition (like the last scientist to hold this position) or weed science (like the one before that)? Or soil science? Food science? Agronomy? Entomology? Any relevant scientific discipline at all??

2. Academic credentials aside, how do you explain your role in advancing unsubstantiated conspiracy theories and making racially offensive and homophobic statements while a radio host in Iowa just a few years ago? We’ve read the transcripts and heard the audio of your racist comments about former President Obama and other black and Latino government officials and your theories about “LGBT behavior.” They are unscientific and deeply troubling, particularly in the aftermath of the recent racist violence in Charlottesville, Virginia. Explain yourself. Why should anyone take you seriously as a proponent (much less a practitioner) of fact-based decision-making? And how can we be confident you won’t throw science overboard in favor of special interest politics and pandering to the lowest common denominator of conspiracy theorists, racists, and homophobes?

3. Do you accept the science of climate change, and would you increase support for the evidence-based tools farmers need to build resilience to a warmer, more volatile climate?You’ve made past comments that climate science is “junk science,” a view that is at odds with the overwhelming scientific consensus. And inaction on climate change is contraindicated by what agricultural researchers and farmers on the ground are seeing across this country every day—witness, for example, the “flash drought” that has wreaked havoc on wheat farms and cattle ranches in the Dakotas and Montana. Looking ahead, this recent study predicted that future harvests of wheat, soybeans and corn could drop by 22 to 49 percent, mostly due to water stress. Are you aware that farmers are becoming more vulnerable to floods, droughts, heat and pests triggered by climate change? What are your thoughts on the contribution of soil health to climate resilience and productivity? As chief scientist, would you seek to maintain and increase USDA’s investments in research, education and extension, and particularly the department’s network of regional Climate Hubs, to help farmers and ranchers better cope with our changing climate?

4. Okay, so you’re an “economist” (wink). What is your economic theory for improving conditions for everyday farmers and their communities, and what research would you prioritize to help get there? The Trump campaign, which you advised as a national co-chair in 2016, promised to help farmers and bring economic activity back to rural communities. What economic approach would best enable U.S. agriculture to provide long-term benefits to farmers, American taxpayers and eaters? What would be the most strategic investment we can make in research to prepare us now for a future that provides a plentiful, environmentally responsible, affordable and healthy food supply, buffered from destructive boom and bust cycles?

5. As chief scientist, would you seek to boost USDA funding for research, particularly in agroecology? Robust agricultural research programs provide critical tools for farmers as they seek ways to profitably manage their operations and protect their soil and water resources. Congress boosted funding for the USDA’s Agriculture and Food Research Initiative (AFRI) by $25 million for fiscal year 2017. Such increased investments in research are key to helping farmers, though the appropriation is still well below the full amount authorized for AFRI. Agroecology, in particular, offers innovative solutions to farming’s environmental and other challenges, but this science is underfunded and understudied, as UCS has shown. Nearly 500 scientists have called for more public funding for agroecological research. Would you support such investments in farmers and our food system?

6. How would you employ the research and education functions of the USDA to help farmers and communities curb water pollution? Agricultural water pollution is a serious and growing problem, as illustrated by this year’s biggest ever dead zone in the Gulf of Mexico and the repeated drinking water problems experienced by Midwestern cities such as Des Moines and Toledo in recent years. Are you familiar with long-term studies from Corn Belt land grant universities showing that farming practices such as perennial prairie strips and innovative crop rotations can dramatically decrease erosion and nitrogen runoff? How would you seek to use USDA research, education and extension to help farmers adopt these methods and reduce downstream pollution?

7. What scientific and economic research would help policymakers better understand and improve the Supplemental Nutrition Assistance Program (SNAP)? In 2014, this program (formerly food stamps) lifted an estimated 4.7 million people out of poverty, including 2.1 million children, and abundant data show that SNAP is a smart investment in the nation’s health and well-being. The program is also a lifeline for many small towns and rural communities. As chief scientist, what research would you prioritize to improve understanding of the program’s benefits and how it could be improved to better serve public health and Americans still struggling economically?

8. How would you help ensure that the next update of federal dietary guidelines is based on the best science? The USDA partners with the Department of Health and Human Services to regularly update the Dietary Guidelines for Americans. These recommendations must be based on the best available nutrition science, and the process typically involves convening an advisory committee comprised of nationally recognized nutrition and medical researchers, academics and other experts to review that body of science. The next update will happen under the Trump administration’s watch in 2020. As chief scientist, what USDA research would you prioritize between now and then to ensure that this process is based on sound science in the interest of public health, and not unduly influenced by food industry interests?

9. What would you do to ensure scientific integrity at the USDA? The Trump administration’s record on respecting science in federal decision-making is abysmal. Actions and decisions at the USDA—and all federal agencies—must be strongly grounded in science to improve the lives of Americans. What will you do to swim against this administration’s tide and achieve a high standard of scientific integrity at the USDA? Will you commit to uphold the department’s existing scientific integrity policy? And how will you ensure that there are adequate resources and leadership to enable the USDA’s thousands of staff scientists to do their vitally important jobs?

The breadth of the undersecretary and chief scientist position is vast and the challenges faced by our food and agricultural system are growing. We need a serious and highly qualified person in charge of the nation’s agricultural science office. That person must be thoroughly grounded in the scientific process and prepared to rely on evidence to help solve these challenges for all Americans.

I believe Sam Clovis falls far short on multiple counts. And I’ll be watching closely in the coming weeks to see how the Senate evaluates him, and if they come to the same conclusion.

Karen Perry Stillerman is a senior communication strategist and senior analyst in the Food & Environment Program at the Union of Concerned Scientists.