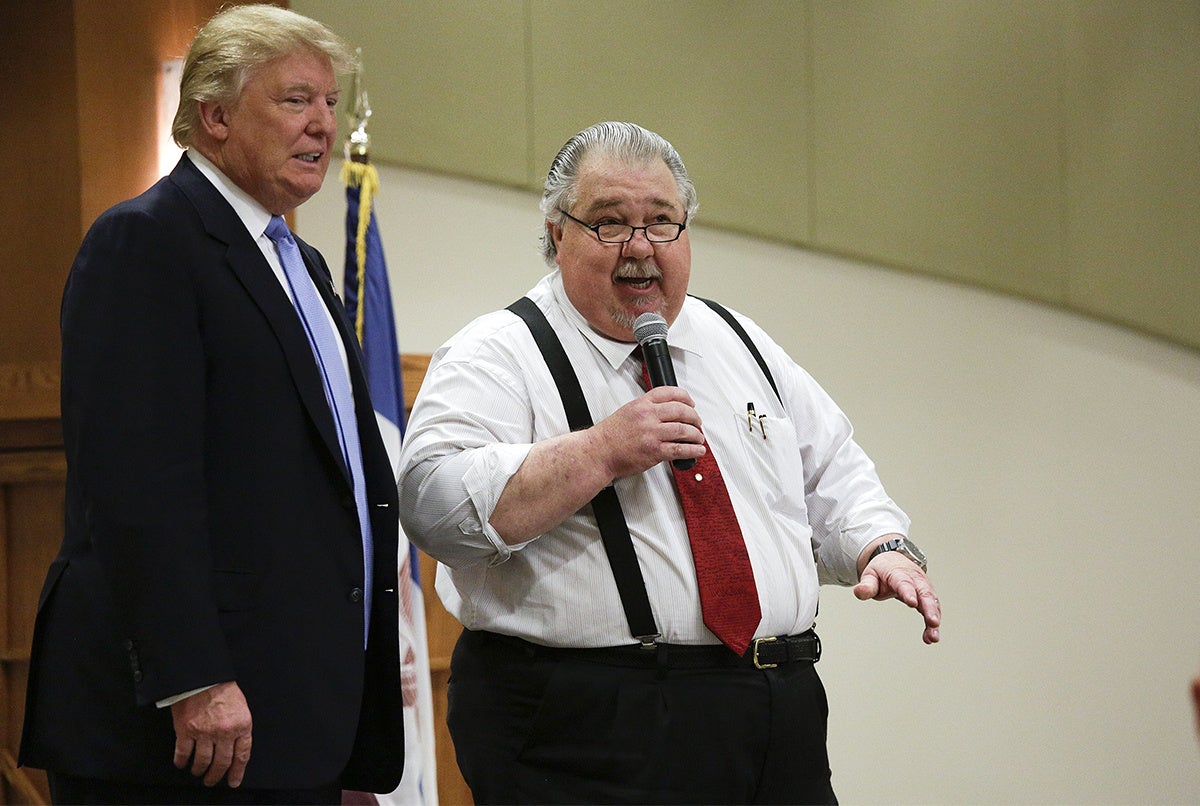 UPDATE: The White House announced Thursday that Sam Clovis has withdrawn himself from consideration for the position of USDA chief scientist amid reports of his role in the Trump campaign’s communications with Russian officials.

Clovis wrote a letter to the president dated on Tuesday that stated, “I do not want to be a distraction or negative influence, particularly with so much important work left to do for the American people.”

Clovis, who is currently a White House adviser for the USDA, added he will “continue to serve at the pleasure of you and the secretary of agriculture.”

The nomination was already fiercely criticized by Democrats and scientists even before his link to the Russia scandal came to light.

Ricardo Salvador, senior scientist and director of the Food and Environment Program at the Union of Concerned Scientists, released the following statement in reaction to Clovis’ withdrawal:

“Emerging evidence of his role in Trump campaign Russia dealings was deeply troubling, but merely the last straw. Even before this week’s explosive revelations, Sam Clovis was facing a very hard road to confirmation. As a non-scientist, he failed to meet the most basic legal qualifications to serve as the chief scientist at the USDA. His rejection of mainstream climate science—critical to the future of agriculture and the livelihood of farmers—and his history of racist and homophobic comments further disqualified him.


“For half a year, the Trump administration has left vacant one of the most important government posts for farmers, researchers, rural communities and consumers. Scientific leadership from the USDA and other federal agencies is needed to solve the nation’s most challenging scientific problems, and Mr. Clovis lacks both the skillset and the judgment needed to manage the responsible investment of billions of taxpayer dollars in a safe, sustainable, productive food system.


“Now it’s time to move on. After months of needless delay, the White House and Senate must now select and confirm a candidate with the appropriate background, training and judgment for the job. The nation’s farmers, ranchers, and consumers deserve no less.”

But it’s not just Clovis’ dubious credentials raising eyebrows—he also played a role in the Trump-Russia scandal and is now “a fully cooperative witness” in the Senate Intelligence Committee’s investigation of Russian meddling with the 2016 election, Senate Agriculture Chairman Pat Roberts told
POLITICO.

Clovis, while working as Trump’s co-chairman and policy adviser during the presidential campaign, supported campaign foreign policy adviser George Papadopoulos’ efforts to meet with Russian officials to prop the campaign, the
Washington Post reported. Papadopoulos has pleaded guilty to lying to the FBI about his communications with Russia.

Clovis praised Papadopoulos’ “great work” after his March 2016 meeting in London with a professor and a woman incorrectly identified as “Putin’s niece.” There they talked about arranging a meeting “between us and the Russian leadership to discuss U.S.-Russia ties under President Trump,” according to Papadopoulos.

Then in August 2016, Clovis wrote an email to Papadopoulos encouraging his efforts to organize an “off the record” meeting with Russian officials. “I would encourage you” to “make the trip, if it is feasible,” Clovis wrote.

Clovis’ nomination was announced in July. In an open letter to Sens. Roberts and Debbie Stabenow of Michigan—the ranking member of the Senate Agriculture Committee —more than 3,100 scientists rallied to criticize Clovis for “[falling] far short of the standards demanded by the position” of chief scientist.

“I was really concerned when I heard about this nomination, as were a number of colleagues. We look to the USDA as an authoritative source of scientific, economic, and statistical information about the nation’s food system, and it seemed extremely careless to put all that into the hands of an unqualified person. Also, we rely on the USDA to
develop research funding programs that not only tackle issues of concern to agricultural production and the food system right now but also look for probable challenges down the road—finding solutions takes time and thoughtfulness, and it is clear to me that the nominee hasn’t demonstrated the ability to do this in a scientific manner.”

Sen. Roberts told POLITICO on Monday that he planned to continue with Clovis’ scheduled Nov. 9 confirmation hearing. But the next day, when Roberts was asked if he would consider delaying the hearing in light of the Russia controversy, he said that was “to be determined.”