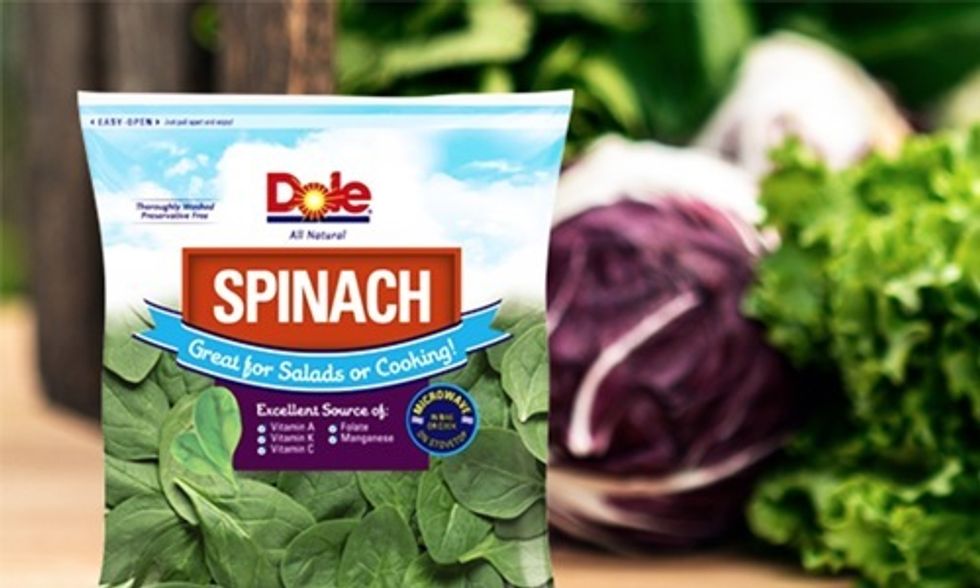 Before you make your lunch salad, better listen up. Dole Fresh Vegetables has announced a recall of its "Dole Spinach" bagged greens due to a possible salmonella contamination.

The recall affects the following 13 states: Connecticut, Indiana, Kentucky, Maryland, Massachusetts, Michigan, Missouri, New Jersey, New York, Ohio, Pennsylvania, Tennessee and Wisconsin. While no illnesses have been reported, the company says it is voluntarily pulling its popular product as a precautionary measure.

Retailers are pulling the product from shelves and customers are instructed to dispose of the recalled greens. For additional information, customers can call the Dole Food Company Consumer Response Center at (800) 356-3111.

7 Incredibly Common Nutrient Deficiencies and How to Recognize Them