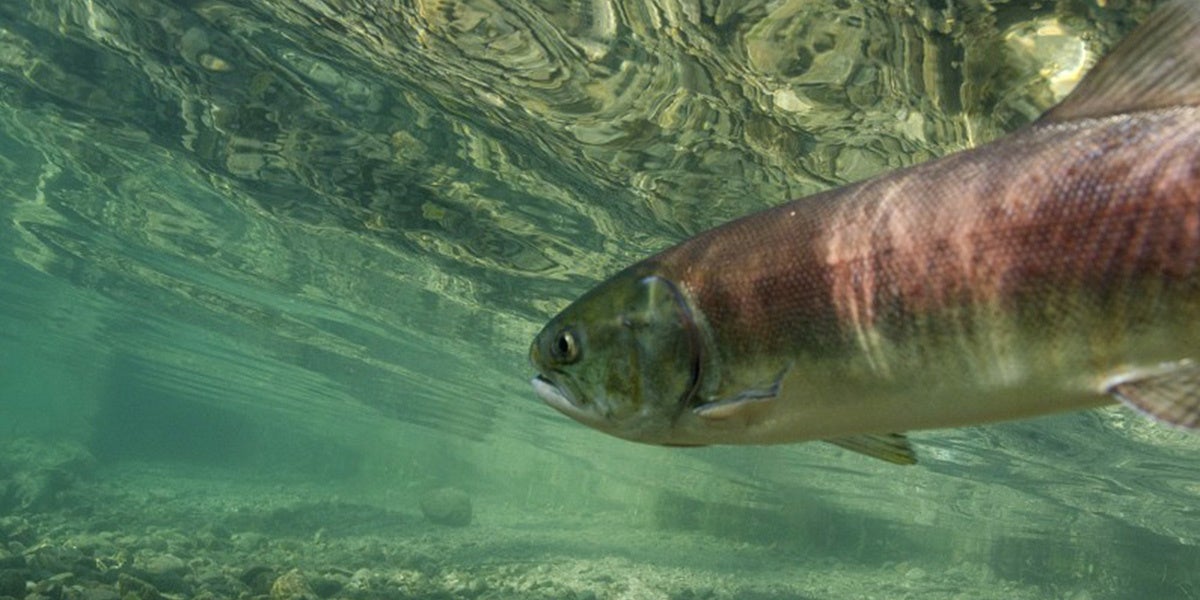 The Ninth U.S. Circuit Court of Appeals has sided with almost a dozen conservation and fishing organizations, the Nez Perce Tribe and the State of Oregon in their efforts to improve wild salmon and steelhead survival as the fish migrate to the Pacific Ocean.

Almost a year ago, in April 2017, U.S. District Judge Michael Simon ruled that federal dam managers on the Columbia and Snake Rivers have to meet higher spill requirements in the spring when baby salmon are migrating to the ocean—meaning they must allow more water to flow over the dams between April and mid-June, to help facilitate safe passage for young salmon.

“The district court properly concluded that the listed species remain in a ‘precarious’ state, and that they will remain in such a state without further conservation efforts beyond those included in the 2014 BiOp.

Significant evidence from decades of studies show[s] that spill volumes higher than those proposed in the 2014 BiOp will lead to higher survival rates for outmigrating [juvenile salmon].”

The new spill operations will begin Tuesday at some dams on the Columbia and Snake Rivers, bringing much needed protections for baby salmon migrating down river now.

“After more than 20 years of federal failure, salmon are in desperate need of help now,” said Todd True, Earthjustice attorney representing conservation, fishing and clean energy advocates in the case. “The measures the court upheld will give salmon a fighting chance while the federal government catches up to the scale and urgency of what the law requires to protect these fish from extinction.”

“Today’s decision is just the most recent of many court orders that try to ensure federal river-management agencies in the Columbia Basin protect and restore wild salmon,” said Tom France, regional executive director of the National Wildlife Federation, the lead plaintiff in the case that prompted the NMFS appeal. “All these decisions have been clear—the status quo isn’t working and the fish deserve better. The time is now for federal agencies to follow the law.”

“We’re very happy that the court recognized the obvious benefits to salmon of running the river like a river should, with increased flows over the spillway that help get young salmon past the turbines and out to sea safely,” said Glen Spain, Northwest regional director of the Pacific Coast Federation of Fishermen’s Associations. “It’s tragic that the federal agencies are still ignoring their own science in fighting spill at every step of the way.”

The federal agencies point out that more water spilled over the dams means less is being used to generate electricity. Liz Hamilton, executive director of the Northwest Sportfishing Industry Association, sees that as a false alarm, since the Northwest power grid is often faced with a surplus, especially in the spring months. She also sees the economic impact of fewer fish on communities and small businesses across the Northwest.

“Fewer fish could be a nail in the coffin for more iconic Northwest fishing brands,” Hamilton said. “I know of companies trying to decide whether this is their last year in existence—brands that fishermen would recognize and recommend. We need hope, not more despair. And at the spill level the court required—and that has now been affirmed on appeal—we are going to see larger adult salmon returns.”

“Today’s order is a victory for endangered salmon, starving orcas, and everyone that depends on the power of the legal system to stand up to big government,” added Giulia Good Stefani, staff attorney for the Natural Resources Defense Council‘s Marine Mammal Protection Project. “The court of appeals upheld a carefully reasoned, fact-based trial court decision to increase the amount of water over the dams this spring.”

This year marks the fourth time since 2005 that increased spill has been mandated by the district court.