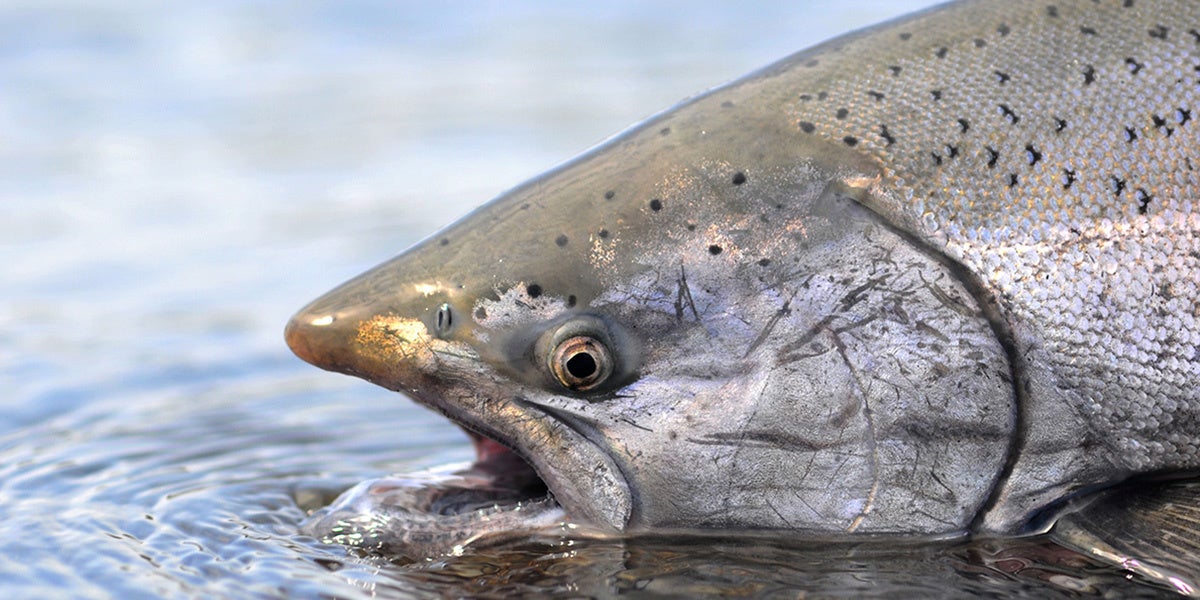 In 2015, the FDA approved genetically engineered salmon, the first ever GE animal to be approved for human consumption anywhere in the world. The Muckleshoot Indian Tribe and the Affiliated Tribes of Northwest Indians called for sufficient consultation with Tribes to assess the environmental impact of GE salmon production, a legal requirement the FDA did not honor.

In 2016, the Quinault Nation joined 11 environmental and food safety organizations in a lawsuit against the FDA. On April 30, 2018, Center for Food Safety and Community Alliance for Global Justice premiered, “Salmon People: The Risks of Genetically Engineered Fish for the Pacific Northwest,” followed by a panel discussion featuring indigenous and advocacy perspectives on the risks, labeling, and lawsuits currently surrounding GE salmon.

“Salmon is the pillar of our culture,” said Valerie Segrest, cofounder of the Muckleshoot Food Sovereignty Project, featured in the film and on the panel. “For thousands of years the Coast Salish people have organized our lives around salmon. Corporate ownership of such a cultural keystone is a direct attack of our identity, and the legacy our ancestors have left us.” Segrest is currently developing a curriculum to teach grades K-12 about environmental issues like the risks and impact of GE salmon on the Pacific Northwest’s ecosystem. Fawn Sharp, President of the Quinault Nation, joined Segrest on the panel to discuss Northwest Tribal opposition to GE salmon at state and national levels.

George Kimbrell, senior attorney for Center for Food Safety and co-counsel for the plaintiffs argued that the FDA didn’t have the authority to approve and regulate GE salmon in the first place. The FDA claimed The 1938 Federal Food, Drug, and Cosmetic Act grants it the right to approve and regulate GE salmon, but those provisions were meant to ensure the safety of veterinary drugs given to livestock, not address entirely new GE animals that can pass along their altered genes to the next generation. “This case is about the future of food: FDA should not, and cannot, responsibly regulate this GE animal, nor any future GE animals, by treating them as drugs under a 1938 law,” said Kimbrell.

Boyce Thorne-Miller, science advisor of Northwest Atlantic Marine Alliance, a co-sponsor of the webinar, said: “Nothing about farming or eating GE [Atlantic] salmon makes any sense. It’s bad for the wild salmon [both Pacific and Atlantic], bad for the wild fish that are caught to feed farmed salmon, bad for the ocean into which farmed salmon escape and excrete, bad for the people who rely on wild salmon for their livelihoods, and bad for those who eat salmon expecting high nutritional value. [And on top of all that, farmed Atlantic salmon don’t even taste good!]”