Salmon Farms vs. Wild Salmon: Has Anything Changed After a Decade of Controversy? 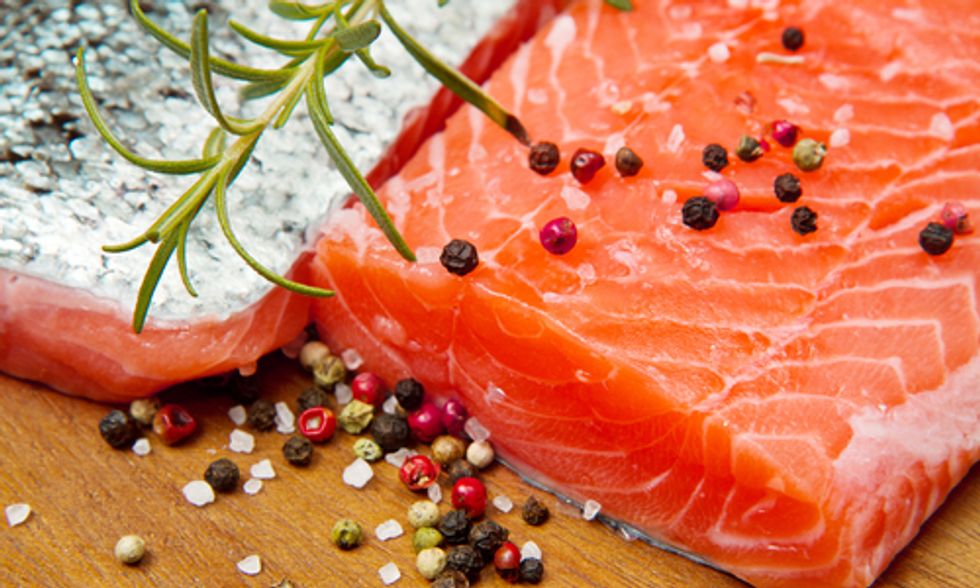 The David Suzuki Foundation and others have run ads over the past decade decrying British Columbia's open net-cage salmon farm industry. With significant expansion planned for the West Coast, the question remains: Has B.C.'s salmon farm industry improved?

Salmon farming threatens some of the planet's last remaining viable wild salmon—a keystone species that touches all our coastal ecosystems. The issues in dispute include feed ingredients, disease transmission between farms and wild salmon, bird and marine mammal deaths, pesticide and antibiotic use, and the effects of multiple farms in concentrated areas.

More than 90 percent of migrating juvenile salmon die before returning to freshwater to spawn, most in the first months after entering the ocean. Pathogens may be a significant factor, although not all specifics about diseases are fully known. Justice Bruce Cohen's Commission of Inquiry investigating the decline of Fraser River sockeye included pathogen risk—along with habitat loss, predation and contaminant exposure—as a factor in the 2009 sockeye collapse. Disease from salmon farms is one risk to wild salmon that can be controlled.The Monterey Bay Aquarium's Seafood Watch program recently released science-based ranking reports on open net-cage farmed salmon in B.C., Norway, Chile and Scotland. All received a “red" or “avoid buying" designation. Canada's SeaChoice followed suit.

Salmon-farming shouldn't be done at the expense of wild salmon. Both wild- and farmed-salmon industries provide fish and create economic activity, but the province's sports and commercial wild salmon fisheries and marine tourism contribute more to B.C.'s economy and quality of life than salmon farming. Employment, revenue generation and food creation are important, but so are preserving wild salmon and protecting the environment for our children and grandchildren.

Aquaculture must stop using the ocean as a free waste-treatment system. Closed-containment—in the ocean or on land—is better at controlling water and removing feces and chemicals like antibiotics and pesticides used for sea lice. One B.C. open net-cage company lost more than $200 million in one year because of disease, enough to build 10 closed-containment farms. Yet the industry claims closed alternatives cost too much.

Although the salmon farm industry has decreased pesticide use, improved parasite management and reduced feed waste and wild fish used for feed, it hasn't eliminated the problems. Continuing threats to wild salmon and the environment prevent us from supporting expansion of the industry or advising people to eat ocean-farmed salmon.

Despite the risks, last year the federal government quietly opened the door to expand B.C.'s aquaculture industry. Thirteen applications for new or larger farms along the coast have been submitted. Fish farm expansion avoids the bigger question: What kind of economic development is best for our coastal ecosystems?

As Justice Cohen said, more federal research into the effects of fish farms on wild salmon stocks is critical. We need to address this research gap, along with the lack of availability and transparency of data from farming operations, before allowing the industry to expand.

A promising partnership between Genome British Columbia, Pacific Salmon Foundation and Fisheries and Oceans Canada to discover the microbes that may cause disease in B.C.'s wild salmon and hinder their ability to reproduce could provide answers. But those answers don't yet exist.

The fish farming industry is making efforts. In 2013, a farm in Norway was the first to be certified by the Aquaculture Stewardship Council. Although certification doesn't fully address the risk to wild salmon, it indicates which farms are best operated and includes requirements to consider cumulative impacts. It is not a signal that the entire industry is free to expand.

Closed-containment systems, which have fewer impacts on the environment and wild fish, are also growing. The Namgis First Nation on northeastern Vancouver Island recently starting shipping its first closed-containment “Kuterra" Atlantic salmon to Safeway stores in B.C. and Alberta. The aquaculture industry could also improve environmental performance by producing food such as scallops, mussels, tilapia and seaweed that are a lower risk to the environment and use less feed and chemicals.

Our coastal waters are rich in opportunity. They can contribute to food security and community resilience without open net-cage salmon farms. Unless we chart a sound course, salmon will lose—but so will we, and the bears, eagles and magnificent coastal forests that support so much life.