High-Tech Farming to Protect Crops Against Climate Change in Jordan 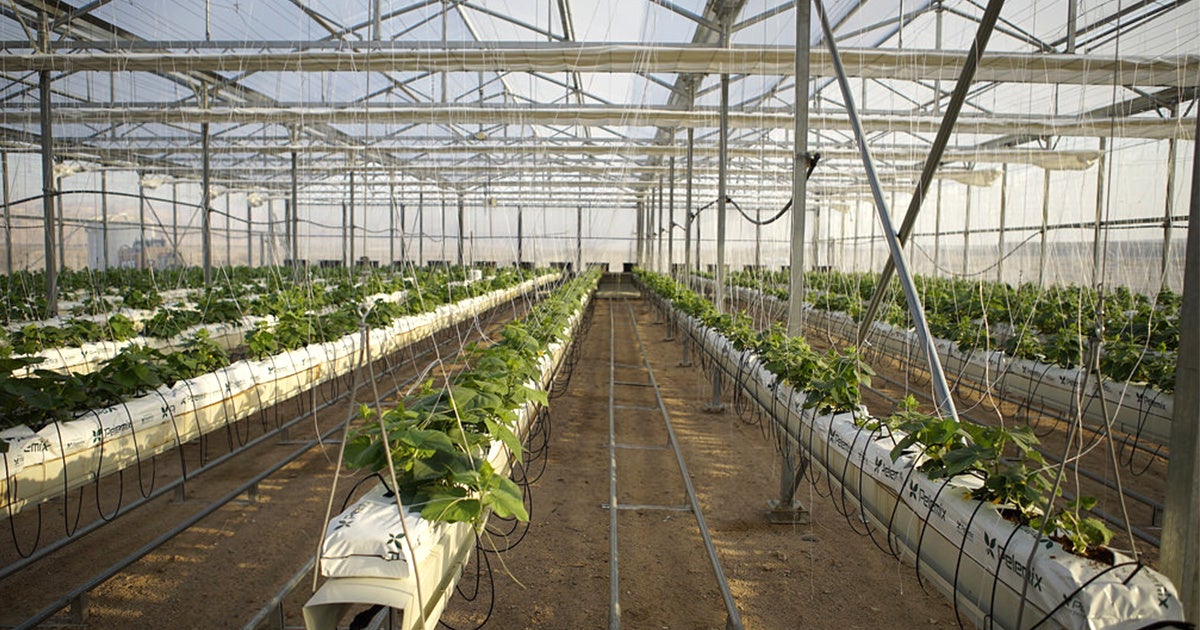 In Jordan’s arid southern desert, just outside the port city of Aqaba, environmental engineers are working to mitigate the threat of climate change to the country’s agriculture sector.

A high-tech farming initiative led by the Sahara Forest Project aims to use sustainable technology and an abundance of Red Sea saltwater to grow crops in the otherwise arid environment of southern Jordan.

Jordan is the world’s second most water-poor country in the world, according to the UN.

The country’s meager water resources have been stressed by dramatic and rapid spurts of population growth. Driven by two main waves of refugees, first from Iraq, then Syria, Jordan’s population nearly doubled from five million in 2004 to 9.5 million in 2015.

As the effects of climate change bear down, the future of Jordan’s environmental outlook is grim.

A recent study published in Science Advances, a peer-review journal, predicted that average temperatures in Jordan could rise by as much as 4.5° Celsius, with a rainfall decrease of 30 percent and drought-type occurrences will increase from eight in 35 years to 25 in 35 years. Meanwhile, the study suggests that transboundary water flows to Jordan via the Yarmouk river, an important source of irrigation, will amount to 51 to 75 percent of historical levels.

Originally devised by environmentalists on the sidelines of the failed 2009 climate change conference in Copenhagen, the Sahara Forest Project offers a potential solution to the myriad climate change-related threats facing the Middle Eastern country.

After the project’s initial tests in Qatar, the project’s staff saw Jordan, due to its centrality in the region’s water crisis and its vulnerability to climate change, as an ideal location for the initiative.

During its testing phase in Qatar, the project was able to produce 19 different crops.

In Jordan, the site is now just three saltwater-cooled greenhouses growing cucumbers, photovoltaic (PV) facilities, outdoor fields and salt ponds, in addition to a laboratory and office facilities. Eventually, the number of green houses will increase to 20 and potentially grow tomatoes, eggplants and strawberries.

To produce irrigation water, the project uses a solar-powered, reverse osmosis desalination process. A computer system then provides the crops with the most efficient amount of water and nutrients at timed intervals.

The irrigation run-off, up to 25 percent of the water, is used for crops suited to the Jordanian desert. Over time, the buildup of nutrients and moisture will help protect against desertification and allow researchers to begin cultivating outdoor crops.

The project, with the support of the Jordanian government, hopes to expand the site to 50 acres and produce nearly 5,300 tons of crop per year, which will then be sold on the domestic market.

Feasibility studies are now being conducted in Tunisia and a new project launch is planned in Australia in late 2017. 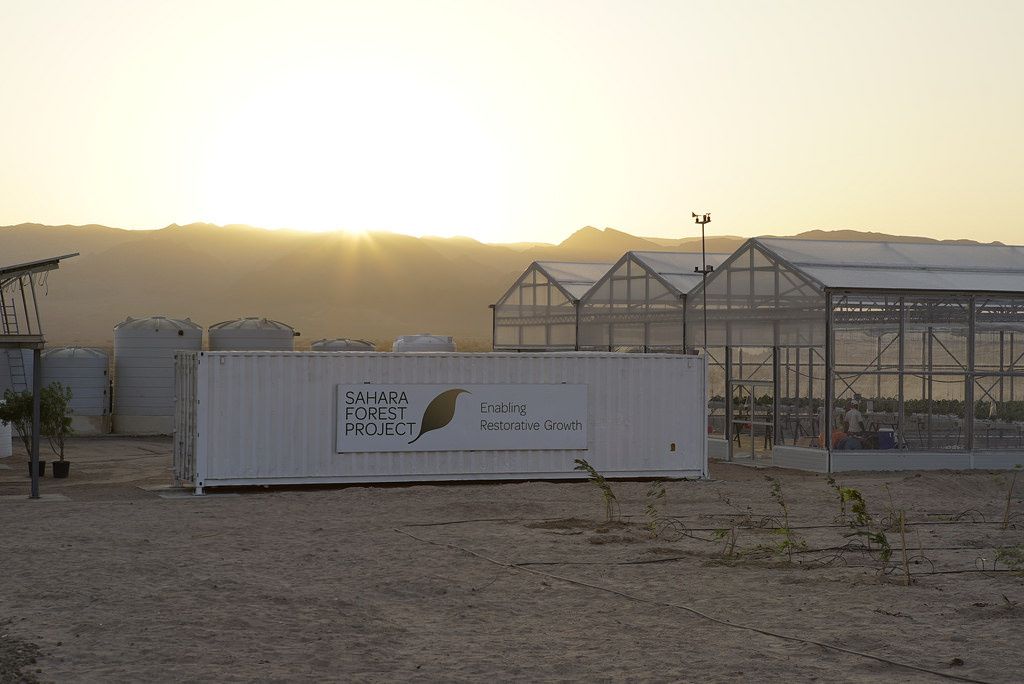