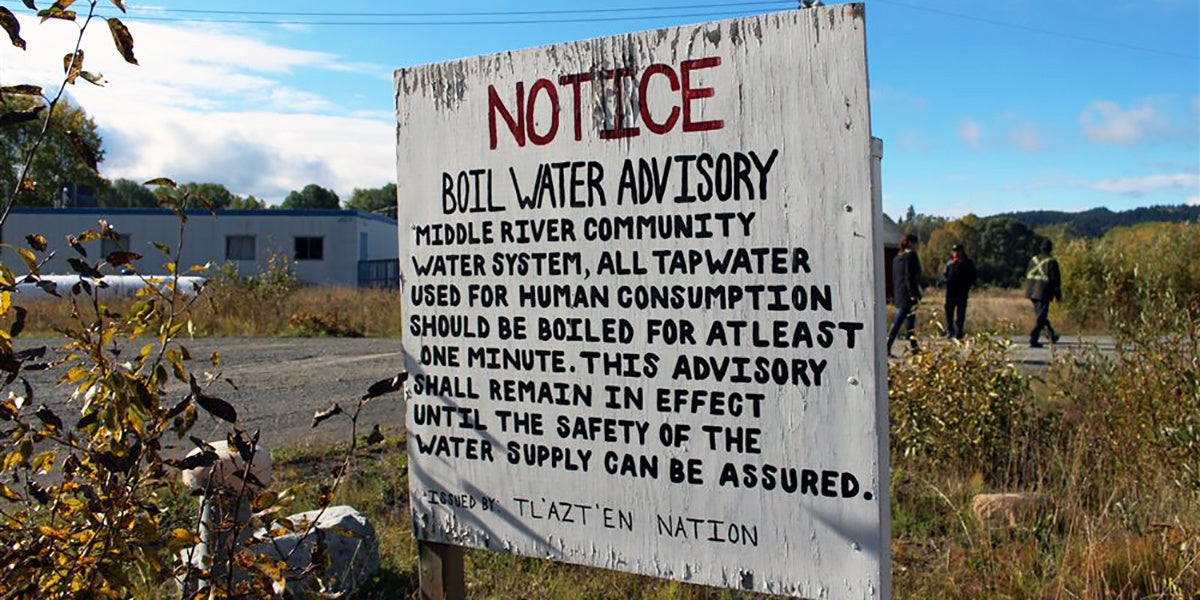 All nine community water systems on Lytton First Nation land in BC have been under boil water advisories at one time or another. Now the First Nation is taking an innovative approach to resolving its drinking water problems. It’s working with public and private organizations and universities in a “circle of trust” to identify challenges and test solutions in real-world conditions. The approach came about as the result of a partnership with RES’EAU-WaterNET, a strategic research network under the Natural Sciences and Engineering Research Council of Canada.

Because problems with drinking water systems vary, RES’EAU-WaterNET works with communities like Lytton First Nation to gain insights early on in the process. With Lytton First Nation’s water treatment operators at the center of an “innovation circle,” they and experts from government, universities, consulting firms, water companies and contractors identified and piloted several options for providing affordable, sustainable water treatment solutions. Community members, including elders and youth, were also included in discussions.

A lab at the University of British Columbia built a mobile, state-of-the-art water treatment plant that can fit on the back of a truck. With help from UBC students, it was up and running at the Lytton First Nation in 2016, providing filtration and disinfection for water from Nickeyeah Creek.

It’s one of several innovative, much-needed approaches to meeting the federal government’s promise to end all long-term drinking water advisories in First Nations communities by 2021. As commendable as the government’s commitment is, new research shows it’s falling short on progress.

Lack of clean water in Indigenous communities is astonishing in a country where many of us take that for granted. “Right now, we have elders going down to the lake, chopping holes in the ice to bring water to their households. Right now,” Assembly of First Nations Manitoba regional chief Kevin Hart said at a Vancouver symposium, Reconciliation through Sustainable Water Management, in early February.

As of Jan. 23, there were 91 long-term drinking water advisories affecting First Nations communities on public systems. (Adding short-term advisories brings the number to 147, as of Oct. 31, 2017.) Over the past two years, the government has lifted 32 advisories, but 22 new ones were added over the same time, illustrating the complexity of the problem.

Part of the problem is inadequate funding. The 2016 federal budget included $1.8 billion in new funding to help resolve the crisis, but a December 2017 Parliamentary Budget Officer report found these new investments into waste and water infrastructure represent just 70 percent of what is needed to end all First Nations drinking water advisories by 2021.

Meeting the government’s commitment will require a number of measures. Ensuring that First Nations lead the processes and have the tools, money and training needed to operate and maintain systems, and recognizing that a one-size-fits-all approach won’t address the varying needs of different communities are among the first steps.

The report recommends a number of ways to improve processes, including the 12 recommendations from the Foundation’s report released a year ago, Glass Half Empty? Year 1 Progress Toward Resolving Drinking Water Advisories in Nine First Nations in Ontario, that still apply.

It also recommends that government invest in and share successful models of First Nations-led approaches to resolving drinking water advisories, including developing and implementing source water protection plans. It should ensure systems are upgraded quickly and effectively, with adequate and transparent funding provided for operations and maintenance. Legislation and regulations should also be developed, with First Nations as equal partners, to hold the federal government accountable to First Nations for safe drinking water.

Support from provincial governments is also necessary, as is being done in Ontario.

“A long history of colonialism has had disastrous effects on social, psychological and economic resilience in communities. Only a holistic approach that builds capacity and infrastructure throughout communities and across sectors will be successful,” the report notes.

Water is life. We all have the right to safe water for drinking, cooking and bathing. Reconciliation means many things, but access to clean water is an absolute requisite.