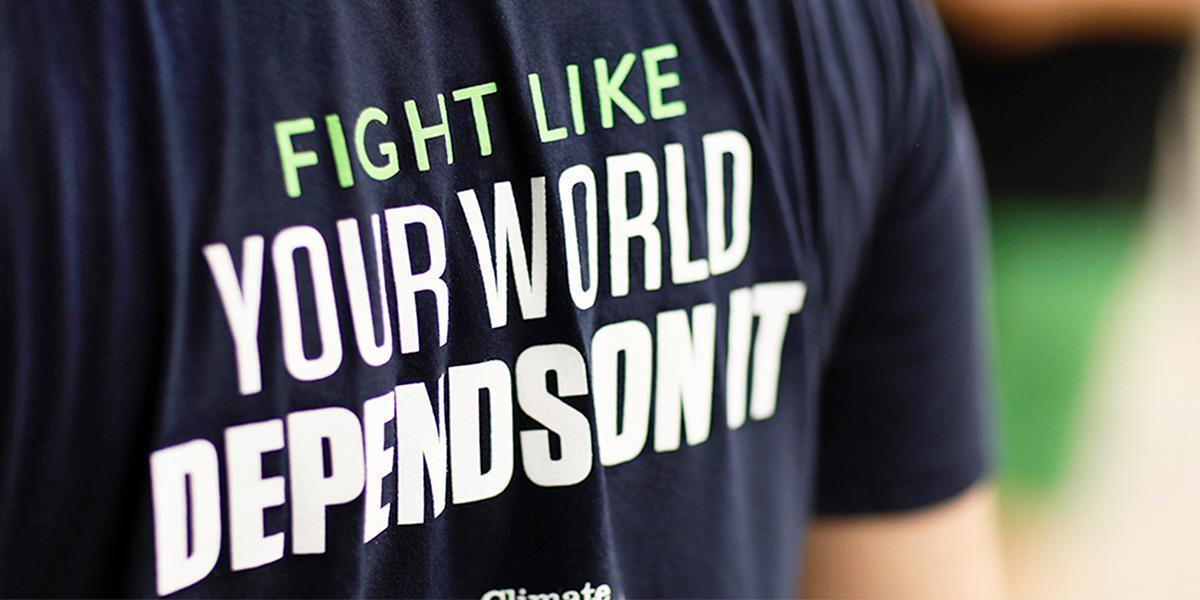 Who’d have thought what begins as a murder mystery in small town Alabama would turn out to be the most important climate story so far this year?

Quick spoiler alert: If you haven’t already listened to the show start to finish, now’s a good time to stop reading and rectify that. (Though maybe not in the space of two days, as some of us at Climate Reality maybe might have done. Maybe.)

Listen to the nearly seven hours of the show tracing the life and everything else of John B. McLemore and if you’re like us, you’ll have a lot of questions. Questions like exactly how much mercury are we talking about? Where are the people of color in town? And seriously, where’s the gold buried?

But there’s another question that haunts the story, peeping up every time John B. exclaims “Cclimate change” in that glorious drawl.

That question: What do you do?

Of course, the crisis itself doesn’t actually appear in the show. At least not beyond those exclamations equal parts exasperation and desperation and accounts of the kind of connect-the-dots manifestoes and presentations on the subject that used to appear on Glenn Beck’s whiteboard.

Where it does appear is the same place it appears for a lot of us: in the mind. As an ever-present weight. As a looming black cloud that never leaves the horizon. And in John B.’s case, a cause for utter despair.

We can’t know and don’t want to ask what the final calculus was in the combination of chemical and existential factors that led him to the end. But we do know that a lot of people feel somewhat similarly about the crisis (though, thankfully, they head in different directions). And we’re going to be honest. The latest headlines about rising seas and dying coral reefs on hand—and a U.S. administration that refuses to acknowledge reality on the other—don’t exactly discourage that line of thinking.

So that question: What do you do? What can you do?

There’s a line—two really—from Wallace Steven’s great poem The Well Dressed Man with a Beard that feels like the start of an answer: “After the final no there comes a yes / And on that yes the future world depends.”

One of the challenges of the climate crisis is that it’s always been an enormous global problem with a billion tiny solutions. More than 7.5 billion, to be closer to the truth. We have a choice: We can all let the scale of the crisis overwhelm us just like John B. did and tell ourselves no, there’s nothing we can do.

Or we can be brave and say yes. We can say yes, like hundreds of thousands of people around the world did on April 29, when they showed up to hundreds of Peoples Climate Movement events. We can say yes and actually talk to the people in our lives about the crisis, not in a self-righteous you’re-with-us-or-you’re-against-us tone, but in the same reasonable way we talk about everything else that’s important in our lives. Regularly. Honestly. Openly.

We can say yes and make climate the issue policymakers hear about over and over and over—and not just from us, but from everyone in our lives. Poll after poll tell us that the majority of Americans know the climate crisis is real and want the government to cut emissions to solve it. Just imagine if all of them voted that way. Just imagine the policies we’d see coming out of DC, statehouses and city councils across the country.

Because the truth is, no matter what the White House claims, there’s never been more reasons or ways to say yes. Clean energy is getting more affordable all the time and major corporations from Target to Apple to Walmart to Kohl’s are betting big on solar. Cities and communities of every size, from Moab, Utah to Atlanta, Georgia have committed to reaching 100 percent renewable electricity and many more are on the way.

Plus, all of this demand is creating jobs that mean more and more Americans are saying yes to clean energy. Today, more than 100,000 Americans now work in wind and solar is creating jobs nearly 17 times faster than the economy overall. An economy powered by renewables is there if we want it and if we keep showing up, signing up and speaking up.

We’re not naive. Even with all these factors on our side, the road ahead is a long one and the fossil fuel industry is spending millions to ensure lawmakers in Congress say no as loudly as possible.

But there are more of us than them. More of us who want a planet where we tell our children about the beauty of glaciers in the present tense. More of us who care about our cities and the health of our families and on and on. And in a democracy that matters.

The temptation to despair like John B. will always be there. To feel this problem is too big for any of us. But it’s not too big for all of us. Not even close. So what can you do? Say yes. Over and over and over again.

Because on our answer, the future world depends.

There’s never been a more important time to be a climate activist. If you’re ready to say yes and help accelerate the shift to a clean energy economy, apply to become a Climate Reality Leader and join us for the Seattle Training led by former Vice President Al Gore on June 27-29.