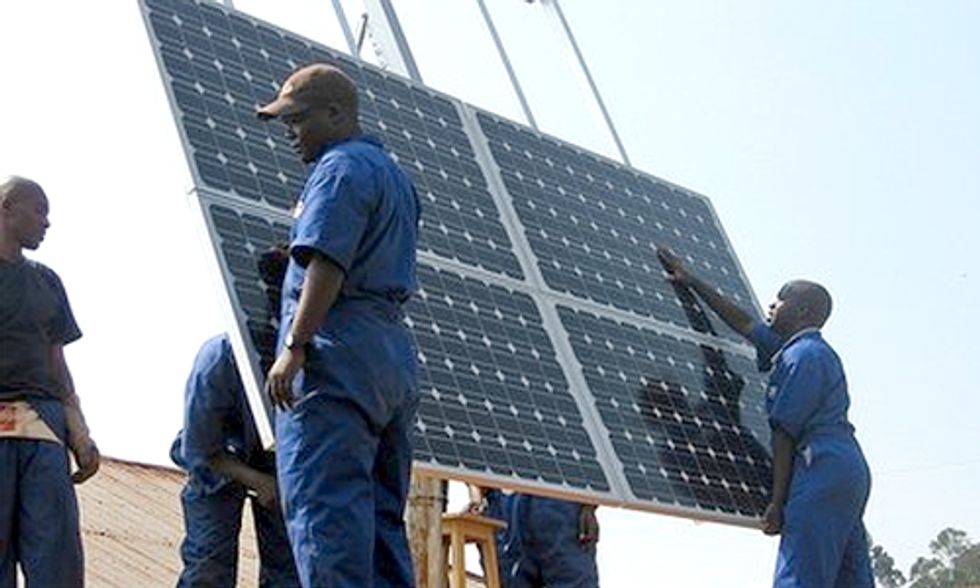 Construction has begun on the first utility-scale solar plant in Rwanda.

Norwegian company Scatec Solar will build an 8.5-megawatt (MW) plant in Rwanda as a result of striking a 23.7 million deal with developer Gigawatt Global Coöperatief and Norfund, Norway’s international development fund, according to statement from the company.

Scheduled for completion this summer, the plant will be built on the land of Agahozo-Shalom Youth Village's (ASYV), a residential and educational community for youth who were orphaned during and after the 1994 genocide in Rwanda.

"We are very happy to be able to realize this first utility scale [photovoltaic] project in Rwanda," Scatec Solar CEO Raymond Carlsen said. "Through this project, we will demonstrate that with the combined efforts of experienced partners and national authorities, solar energy is fast and cost-effective to build.”

The company reached a 25-year power purchase agreement for the solar plant with the Rwanda Energy, Water and Sanitation Authority in 2013.

Scatec Solar also operates the 75-MW Kalkbult solar park, which is the largest solar structure in Africa. The new plant will be located about 40 miles from Rwanda’s capital, Kigale.

The plant is part of Rwanda's plan to provide half of its population with electricity by 2017. By that time, the government hopes to increase its generation to 560 MW. It totaled just 110 MW last year.

"Generation and provision of electricity to all Rwandans is important for the government of Rwanda," said Emma Francoise Isumbingabo, the country's energy and water minister. "This initiative to produce 8.5 megawatts is a good addition towards closing the current energy gap."