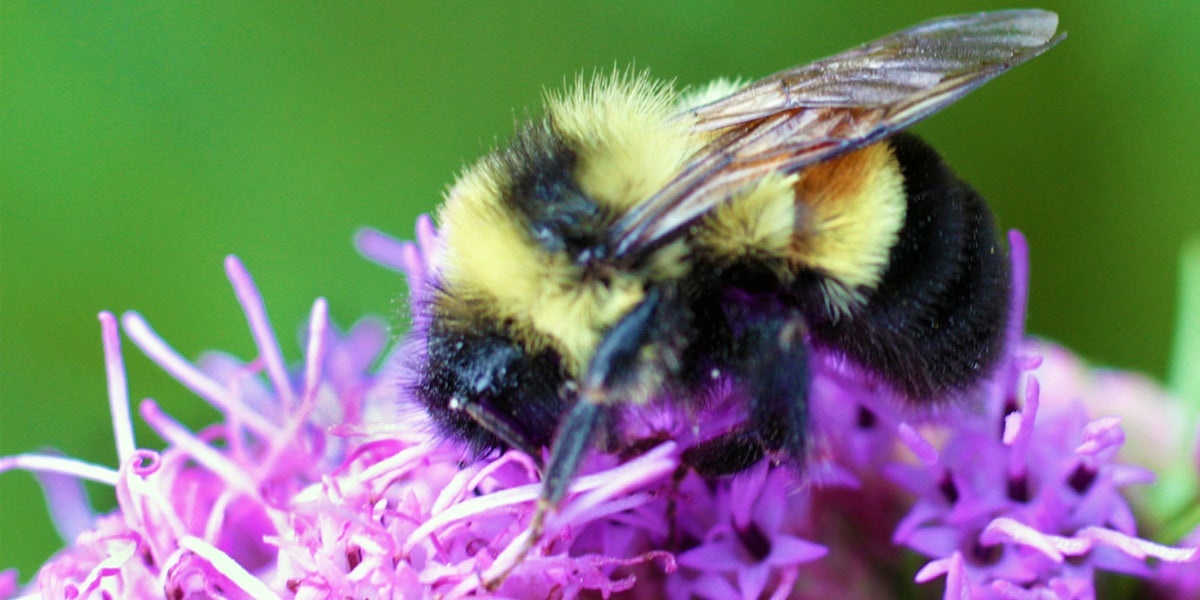 There are times—even today—when law and science triumph over politics.

Hard to believe, I know, but that’s exactly what happened this week when the Trump administration backed away from its “freeze” on listing the rusty patched bumble bee as an endangered species.

The rusty patched bumble bee is the first bumble bee to receive endangered species protections and for good reason. Although common across the Midwest and the East Coast as recently as the mid-90s, since then, the bee’s population has plummeted by about 90 percent.

After studying the bee for years, the U.S. Fish and Wildlife Service came out with a report last summer, finding it was likely to disappear from most of its remaining habitat within five years and go completely extinct within 30 years. Recognizing there was no time to waste, the agency finalized a rule to list the bee as an endangered species in January. The rule was set to take effect in 30 days, but then Donald Trump was inaugurated as President of the U.S.

That’s when we sued. Because as any good government attorney knows, agencies can’t simply discard or delay final rules years in the making at the whim of the president. They must instead follow the procedure required by law, which includes fair warning of a change in policy and an opportunity for interested members of the public to weigh in. The process can sometimes be slow, but it’s designed to stop rash, baseless or purely political decision making—like, say, suddenly stopping the listing of a critically imperiled species supported by years of scientific study and review.

Given the Trump administration’s questionable track record on appropriate legal process, we had anticipated a fight. But then, something incredible happened—the administration backed down and allowed the rusty patched bumble bee to get the federal endangered species protection it so desperately needs.

While it’s hard to know whether this victory for common sense will be repeated elsewhere, it’s unquestionably a win for bees everywhere—especially for the 4,000 species of native bees here in the U.S. While native bees like the rusty patched don’t always get the same attention as honey bees, they are just as important to our food and our environment and many are just as in trouble. That’s why we’re hopeful that the protections the rusty patched bumble bee now enjoys will begin to help other bees too, chipping away at the larger bee crisis before it’s too late.

The devil, of course, is always in the details, so we’ll be watching closely as the Trump administration starts to implement those protections. Whatever happens, one thing’s for sure—if they step out of line again, we’ll “bee” there.

Daniel Raichel is a staff attorney and a member of the lands and wildlife program at the Natural Resources Defense Council.