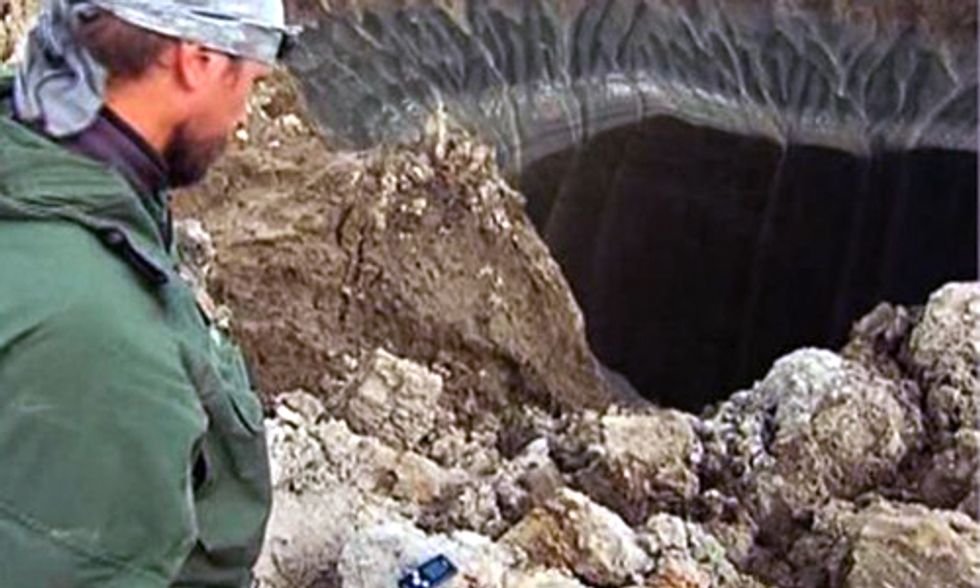 Giant methane blow-holes in Siberia have many scientists worried about runaway climate change.

Last night on MSNBC's The Ed Show, Ed Schultz explained that scientists believe the massive craters are caused by thawing permafrost and directly linked to the abnormally hot Yamal summers of 2012 and 2013. As temperatures rose, the permafrost thawed and collapsed, releasing methane that had been trapped in the icy ground.

Joining Schultz last night was Dr. Reese Halter, distinguished conservation biologist and author of nine books, who said, "This is a ticking time bomb. The only thing we can do is reduce the amount of fossil fuels that we are spewing daily, 85 million tons of greenhouse heat-trapping gas, into the atmosphere."

Watch below to hear more.