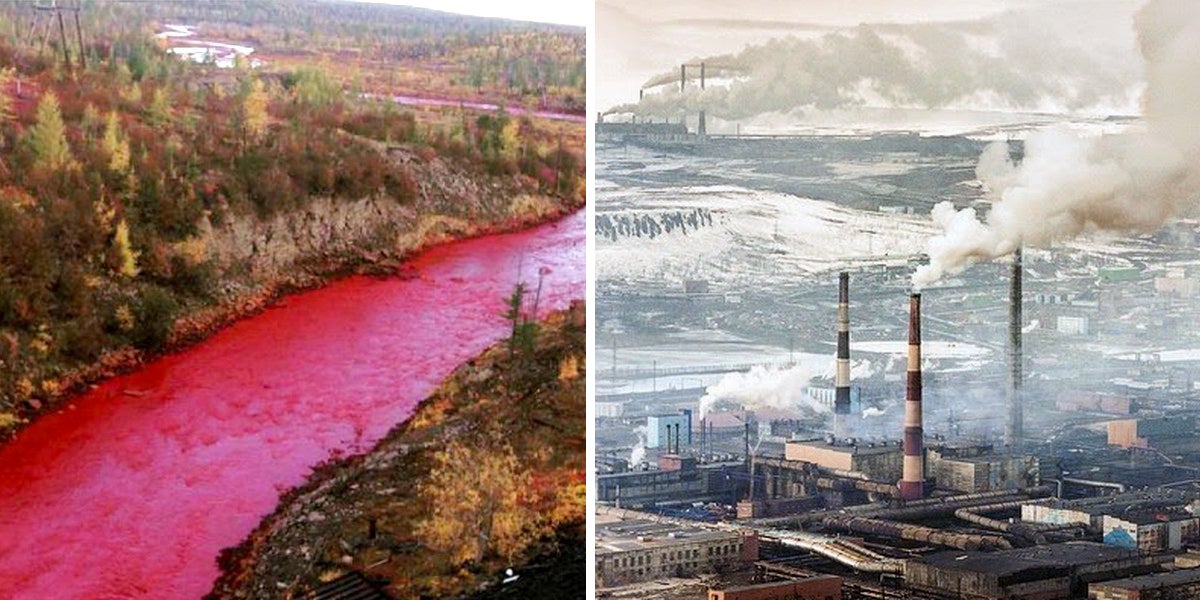 Despite initially denying that there was anything wrong when the Daldykan River in Russia turned bright red virtually overnight, on Tuesday, Norilsk Nickel, the world’s largest nickel manufacturer, has admitted responsibility. But for the Siberian city of Norilsk, it’s just another sad chapter in its history. 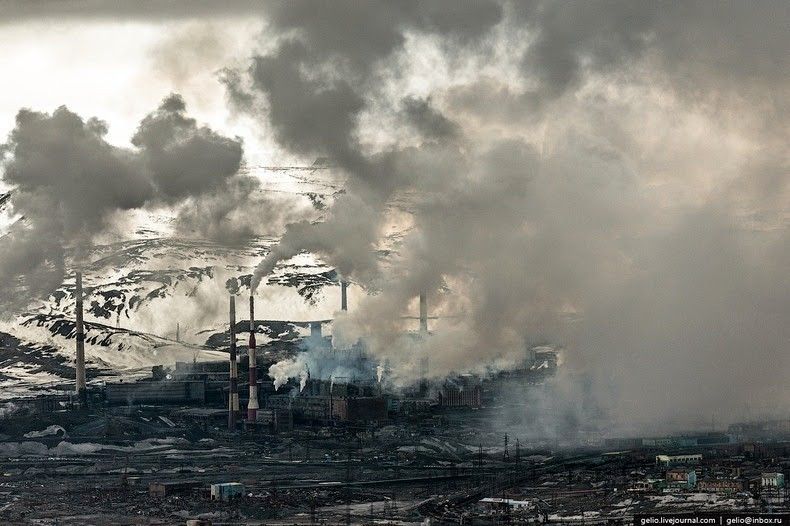 The city of 175,000, which was founded in 1935 as a slave labor camp, was named one of the world’s most polluted places on Earth by the Blacksmith Institute. WikiTravel advises potential visitors that “a substantial stay could jeopardize your health.”

The company, headquartered in Moscow, which recently rebranded itself as Nornickel, issued a statement Monday attributing the Daldykan River event to abnormally heavy rains in the region that caused a dam containing tailings to overflow.

Others are not so sure. Greenpeace Russia spokesman Alexei Kiselyov told Agency France-Presse (AFP), “You can’t just say that it’s no big deal.” He noted that the remote area made any investigation more difficult and that the company controls access to the area. The Russian Ministry of Natural Resources and Environment has opened an investigation.

Indigenous people in the area accuse the company of weak safety standards. They are concerned about the effects of the spill downstream, where they fish in another river.

The now-shuttered plant was responsible for more than 4 million tons of cadmium, copper, lead, nickel, arsenic, selenium and zinc released into the atmosphere every year. The effects of decades of pollution are stark. Vegetation can’t grow within a 20-mile radius. Acid rain covers an area the size of Germany. Heavy metal pollution is so great that the soil itself can be mined.

“Life expectancy is 10 years less than in other regions of Russia, the risk of cancer is two times higher and respiratory diseases are widespread,” reports the Daily Mail. The city’s polluted air may be responsible for 37 percent of child deaths and 21.6 percent of adult mortality.

Norilsk Nickel has a history of environmental problems, including a 2014 discharge of 145,000 pounds of nickel and other contaminants into the Kokemäki River in Finland. Finnish officials detected cobalt, copper, lead and cadmium. Mussels in the Kokemäki River died, and the chief executive officer of the Harjavalta Norilsk Nickel plant admitted that they were probably due to the company’s actions.

For its part, the company insists that environmental responsibility is a priority, with a strategic plan in place since 2005.

In its 2015 annual report, Norilsk Nickel states, “The company has also put in place an integrated environmental reporting system embracing all of the group’s operations and monitoring the achievement of environmental objectives.” It says that wastewater charges “have been consistently reduced” and 99 percent of the company’s wastes are classified as non-hazardous.

Norilsk Nickel also says that the shutdown of the 1942 Plant will remove 600 sources of air pollutants and cites the action as part of its environmental program. But more than seven decades of pollution and toxic waste have taken a toll on the environment and health of the Siberian community, which won’t easily be restored.

How Putin’s War and Small Islands Are Accelerating the Global Shift to Clean Energy, and What to Watch for in 2023