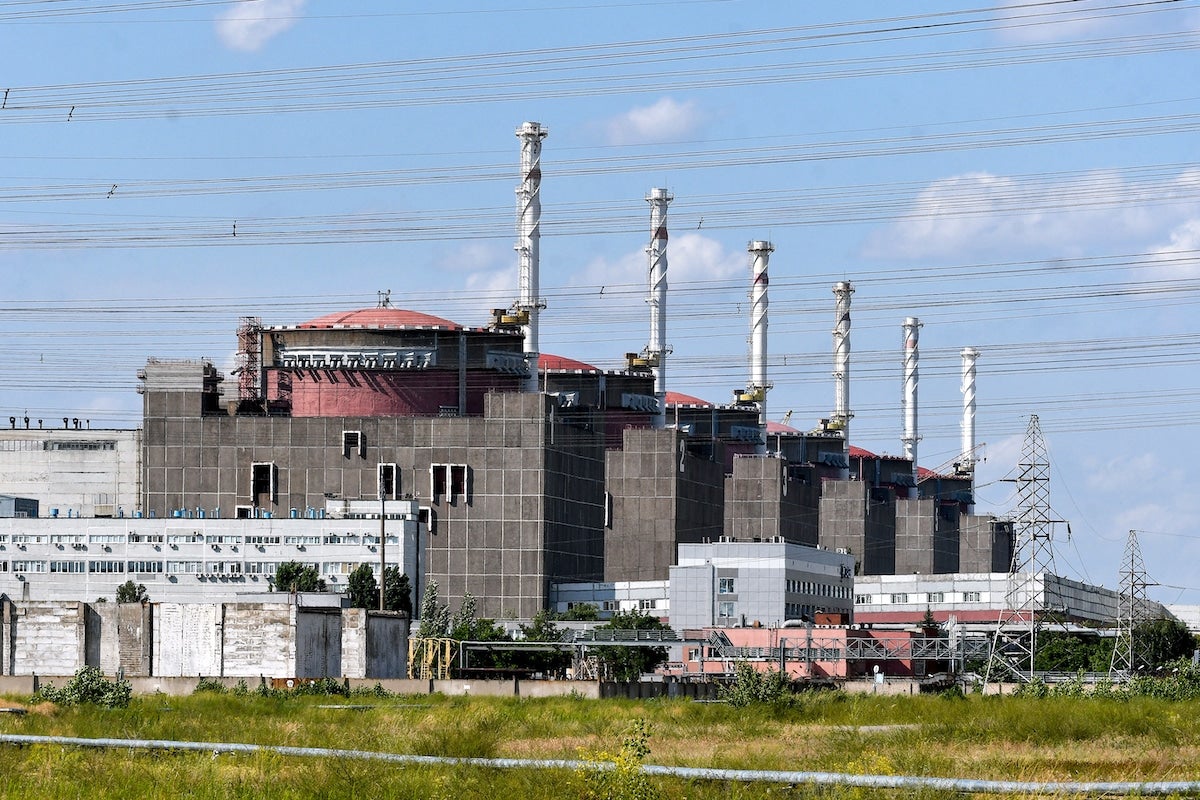 Russian forces have captured Europe’s largest nuclear power plant after launching a Friday night attack that started a fire at the Ukrainian facility.

The fire has since been extinguished and both UN and Ukrainian officials say that no radiation was released, AP News reported. However, the incident marks the second time since Russian President Vladimir Putin ordered an invasion of Ukraine that fears of nuclear catastrophe have been reignited.

Ukrainian President Volodymyr Zelensky warned that the attack on the Zaporizhzhia plant could have instigated a disaster worse than six Chernobyls, BBC News reported.

“If there is an explosion, it is the end of everything. The end of Europe,” he said.

Russia’s invasion of Ukraine began on February 24, according to Reuters. The same day, Russian forces seized the abandoned Chernobyl nuclear plant, the site of the worst nuclear disaster in world history in 1986. This caused radiation to spike when military equipment churned up the soil, but experts at the time said the plant itself was likely safe. However, they expressed concern about the fate of Ukraine’s active nuclear plants.

Those concerns were validated Friday when news of the fire at the Zaporizhzhia plant broke.

UN’s International Atomic Energy Agency chief Rafael Mariano Grossi said that the fire started when a Russian “projectile” hit a training center, not any of the plant’s six reactors, AP News reported. World leaders widely condemned the attack. The U.S. Embassy in Ukraine called it a “war crime,” according to Reuters, while UK Prime Minister Boris Johnson said it was “reckless” and could “directly threaten the safety of all of Europe,” according to BBC News.

Russia’s defense ministry, for its part, made the unsubstantiated claim that the attack was an act of sabotage by Ukrainian actors.

For now, the plant is under Russian control but the plant workers continue to operate it, AP News reported. Grossi said that only one reactor was currently running. The Ukrainian state nuclear plant operator told Reuters that radiation levels at the plant were normal, though it no longer controls the facility.

But could this attack, or future attacks on Ukraine’s other nuclear plants, cause a disaster similar to Chernobyl? There are a few key differences between the Chernobyl plant and contemporary facilities, The Guardian explained. For one thing, the Chernobyl disaster was caused by a graphite fire. Today’s plants use pressurized water reactors, not graphite, to keep the nuclear material under control.

Further, these reactors keep all nuclear material inside a steel vessel that is itself protected by a concrete building reinforced with steel, something Chernobyl did not have. To cause a Chernobyl-style disaster, therefore, Russia would probably have to attack these protective layers directly with heavy explosives.

A greater concern is damage to the cooling capabilities at one of the plants, which are powered with diesel generators. The danger would come if a plant’s cooling abilities lost power.

“[W]e could be looking at a scenario similar to what happened at Fukushima in 2011, where a loss of power led to a loss of cooling, which caused a meltdown of three of its nuclear reactors,” Corkhill told BBC News.

While the Zaporizhzhia plant appears stable for now, experts are concerned about the fact that it was attacked at all.

“It’s very clear that this is against the Geneva conventions,” University of Bristol materials professor Tom Scott told The Guardian. “It is a flagrant breach of international laws and agreements to do this.”