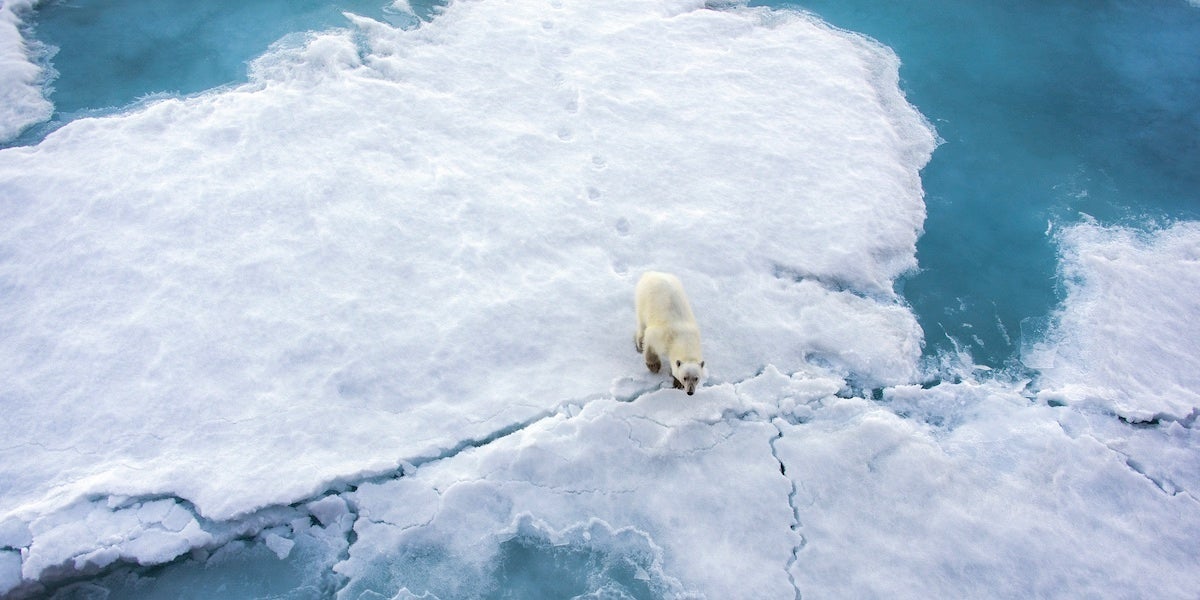 The Russian military is taking measures to protect the residents of a remote Arctic settlement from a mass of polar bears, German press agency DPA reported.

The move comes after regional authorities declared a state of emergency over the weekend after sightings of more than 50 bears in the town of Belushya Guba since December.

The military’s official newspaper, Krasnaya Zvezda (or “Red Star”), reported Friday that the Defense Ministry has teamed up with the local administration and environmental experts to protect the village inhabitants from “the aggressive behavior of polar bears.”

One of the actions to prevent future invasions include converting an open dump into a waste incineration site within the next two years so it will no longer attract hungry bears, the report stated.

“It is impossible to run away from a polar bear!” Belushya Guba administrators said in a statement quoted by DPA. “Due to a deficit of food, polar bears can turn their attention to any potential source of food, including a human.”

The Russian military is being called in to help an Arctic Russian town ward off a wave of hungry polar bears https://t.co/kbmnSzB3MF pic.twitter.com/iyHSaF8hDS

Polar bears are considered an endangered species in Russia, so killing them is prohibited. But officials said that if non-lethal means cannot drive away the marauders, they might have no choice but to cull them, the BBC reported.

A polar bear uses sea ice as a platform to catch its favored prey, ringed and bearded seals. But the rapidly warming Arctic has broken up sea ice and has forced bears to spend more time on land to search of food, like in the Russian settlement, experts have theorized.

What do #polarbears do when their sea ice habitat fails? They look for alternatives. The bears in the Barents-Kara sea in Russia have invaded a dump. It's not a polar bear's #1 choice to eat garbage. Likely a symptom of habitat loss. https://t.co/6J0ca5aYH0 pic.twitter.com/9Fo3SHjZr2

A group of scientists from the national natural resources agency have recently been sent to the area to help disperse the animals, according to the Associated Press. They are equipped with the tools and training to properly sedate and relocate the bear.

“That’s just an option; at the moment it is being considered, but there’s no 100-percent guarantee it will be applied,” Alexander Gornikh, regional head of the natural resources agency, told the AP.

Fortunately, the military said in Krasnaya Zvezda’s report that there is hope that the bears will go away on their own, as ice cover has formed amid falling temperatures.