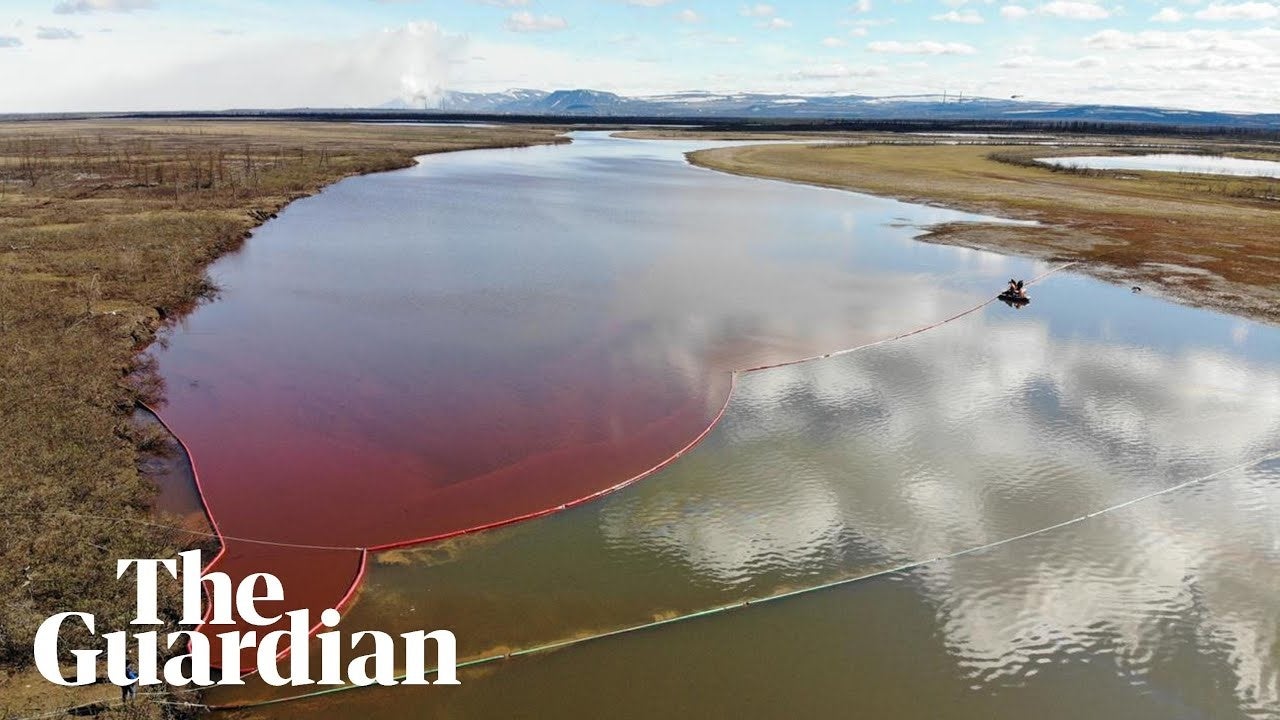 A 21,000 tonne (approximately 23,000 U.S. ton) oil spill that prompted Russian President Vladimir Putin to declare an emergency last week has now reached a pristine Arctic lake, and there are concerns it could contaminate the Arctic Ocean.

Environmentalists and local officials have raised alarms about the disaster, which they say is the worst of its kind in the Russian Arctic, according to BBC News. So far, the oil has spread 12 miles from the initial spill site, a fuel tank that collapsed May 29.

“The fuel has got into Pyasino as well. This is a beautiful lake about 70 kilometres (45 miles) long. Naturally, it has both fish and a good biosphere,” Krasnoyarsk region governor Alexander Uss told Interfax news agency Tuesday, as AFP reported.

Greenpeace Russia director Vladimir Chuprov told AFP it would be a “disaster” if 10,000 tonnes (approximately 11,000 U.S. tons) of fuel or more had reached the lake. He said he feared it would reach the Kara Sea as well, which would have “harmful consequences.”

Uss, however, was committed to preventing that from happening.

“Now it’s important to prevent it from getting into the Pyasina river, which flows north. That should be possible,” he said, as BBC News reported.

The news that the spill had reached the lake came a week after a spokeswoman for the team in charge of cleanup efforts told AFP the spill had been contained.

“We can see a large concentration of diluted oil products beyond the booms,” Krasnoyarsk region deputy environment minister Yulia Gumenyuk said, according to BBC News.

Norilsk Nickel, the company that ultimately owns the power plant where the tank collapsed, denied that any oil had reached the lake.

He also said it was unlikely the fuel would reach the ocean.

“The distance from Pyasino Lake to the Kara Sea is more than 5,000 kilometres (approximately 3,107 miles),” he said.

The spill has also contaminated rivers and soil. So far, cleanup efforts have removed 812,000 cubic feet of contaminated dirt, according to BBC News.

“[The spill] will have a negative effect on the water resources, on the animals that drink that water, on the plants growing on the banks,” Vasily Yablokov of Greenpeace Russia said, according to BBC News.

The polluted Ambarnaya and Daldykan rivers may take ten years to clean, The Guardian reported.

Norilsk Nickel has said the collapse that caused the spill was probably due to melting permafrost, but environmental groups have accused the company of using the climate crisis to downplay its own culpability.

“It’s an attempt to write off Nornickel’s failure in risk management and ecological safety on the fashionable topic of climate change,” Alexey Knizhnikov of the World Wildlife Fund told The Guardian. “The main factor is mismanagement.”

Greenpeace said it had reported on the threat posed by thawing permafrost to oil and gas infrastructure in the fast-warning Russian Arctic as far back as 2009. But Dyachenko said in a conference call Tuesday that the company had not been monitoring the permafrost before the accident.