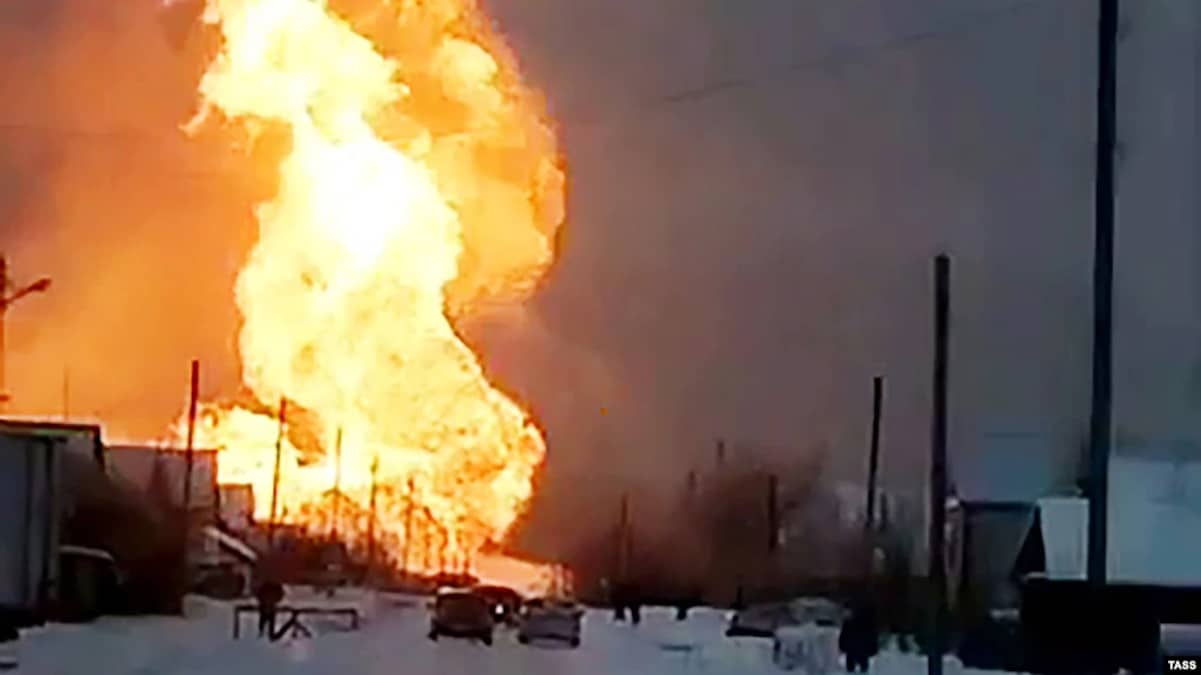 An explosion and fire at a major pipeline transporting Russia's natural gas from Siberia to Europe via Ukraine on Dec. 20, 2022. Radio Free Europe

Three repair workers were killed yesterday when a section of the Urengoy-Pomary-Uzhhorod natural gas pipeline in western Russia exploded. One driver was also suffering from shock, Reuters reported. The pipeline transports gas from Siberia to central Europe via Ukraine and is currently the primary gas export route from Russia to Europe.

Local officials said the gas flare had been extinguished and supplies rerouted.

“The damaged section of the gas pipeline was promptly localised. Gas is being transported to consumers in full through parallel gas pipelines,” said Russian gas company Gazprom Transgaz Nizhny Novgorod in a statement, as reported by Reuters.

Governor of Russia’s Republic of Chuvashia Oleg Nikolayev said it wasn’t apparent how long the pipeline repairs would take following the explosion, The Associated Press reported.

Built in the 1980s, the Urengoy-Pomary-Uzhhorod pipeline has become the primary route for gas from Russia to Europe since the Nord Stream 1 and 2 pipelines exploded beneath the Baltic Sea in September.

Germany stopped the certification process for Nord Stream 2 just before Russia invaded Ukraine, and the pipeline was never used.

Gazprom said it anticipated pumping 1,518.5 million cubic feet of gas to Europe through the Urengoy-Pomary-Uzhhorod pipeline in the day following the explosion — an amount consistent with recent supply, reported Reuters.

However, that’s only 5.4 percent of the approximately 5,473.8 billion cubic feet of natural gas Russia supplied to Europe last year, OilPrice.com reported. Europe has been supplementing its supply of natural gas from Russia with imports of liquified natural gas.

According to a report from nonprofit Environment America, in the U.S. a gas pipeline incident happens about every 40 hours. Nearly 2,600 incidents involving the release of pipeline gas that were concerning enough to be reported to the federal government occurred between January of 2010 and October of 2021. Of these, 328 caused explosions and fires that killed 122 people and left hundreds injured.

The federally reported leaks have caused 26.6 billion cubic feet of methane gas to be spewed into the Earth’s atmosphere, which has the same effect on global warming as the annual emissions of more than 2.4 million cars.

Since 2010, the reported gas leaks have resulted in almost $4 billion in costs and damage.

“The amount of gas leaking to the environment is far greater than captured in federal leak reporting or emissions estimates from the Environmental Protection Agency,” the report said.