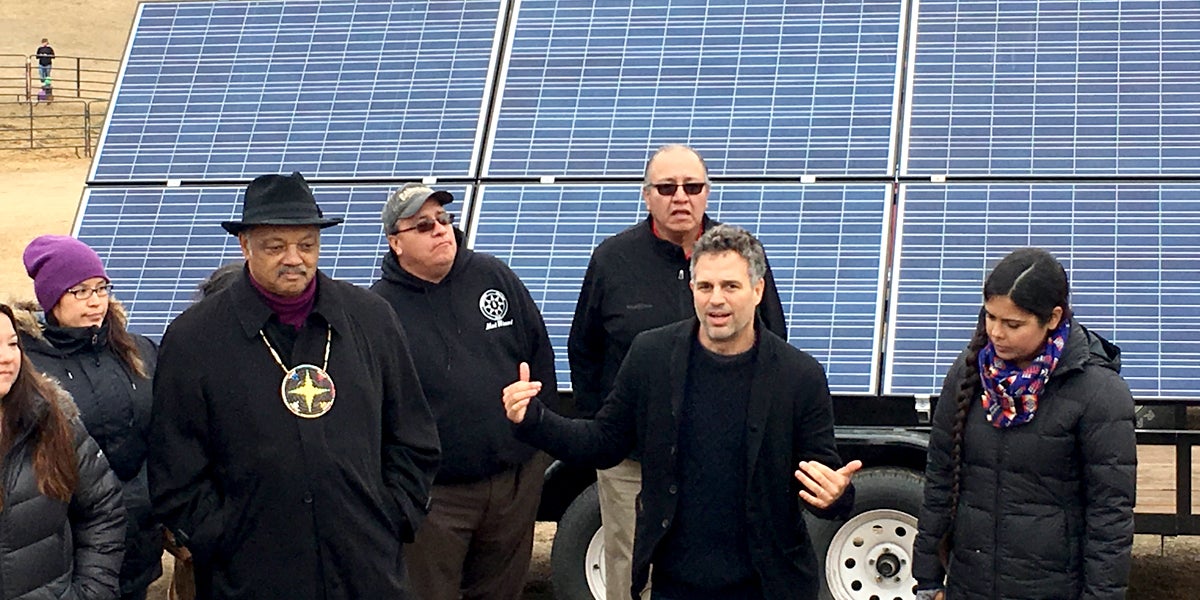 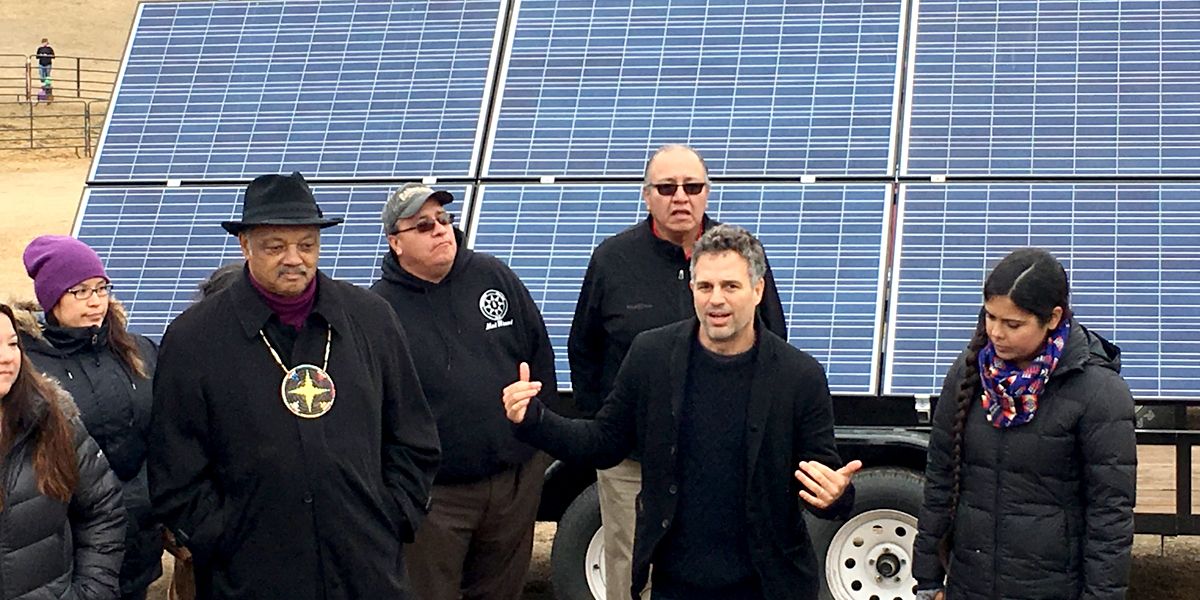 “This pipeline is a black snake that traverses four states and 200 waterways with fracked Bakken oil,” said Ruffalo, co-founder of The Solutions Project, which works to accelerate the transition to 100 percent clean and renewable energy.

“We know from experience that pipelines leak, explode, pollute and poison land and water. But it doesn’t have to be that way.”

The solar trailers will provide clean energy to power medical tents and other critical facilities for Native American protesters and their allies at the encampment. The trailers symbolize a healthy, equitable, prosperous energy future made possible by clean renewable energy.

“Water is life,” said Johns, a Navajo leader. “By leading a transition to energy that is powered by the sun, the wind and water, we ensure a better future for all of our people and for future generations.”

Johns’ company, Native Renewables, promotes low-cost clean energy solutions for Native American families throughout the U.S., with an emphasis on job creation and on benefiting the community as a whole. The trailers were built by members of the Navajo nation and were financed by Empowered by Light and Give Power.

Research led by Stanford Prof. Mark Jacobson, another Solutions Project co-founder, shows that it would be technically possible and economically beneficial to transition to 100 percent clean renewable energy in each and every state across the country. In North Dakota, for example, wind and solar energy would be the primary sources of clean power and transitioning to 100 percent renewables would create 30,000 jobs.

The Standing Rock Sioux tribe says it was not sufficiently consulted when the Dakota Access Pipeline was in the planning stages. The pipeline endangers the tribe’s water supply—and the water supply of millions of other people, as well, given the pipeline’s planned crossing under the Missouri River. The pipeline’s construction has already marred sacred lands, including burial sites. The Standing Rock Sioux and their allies—including indigenous people from across the U.S. and around the world—see it as a clear threat to both the tribe’s cultural heritage and the basic human right to clean water.

“Around the world, more than 80 percent of the forests and lands with protected waterways and rich biodiversity are held by indigenous tribes. This is no coincidence,” Ruffalo said. “As so many of us suffer from polluted water, air and land in our rural and urban communities, the water defenders at Standing Rock are showing us another way.”