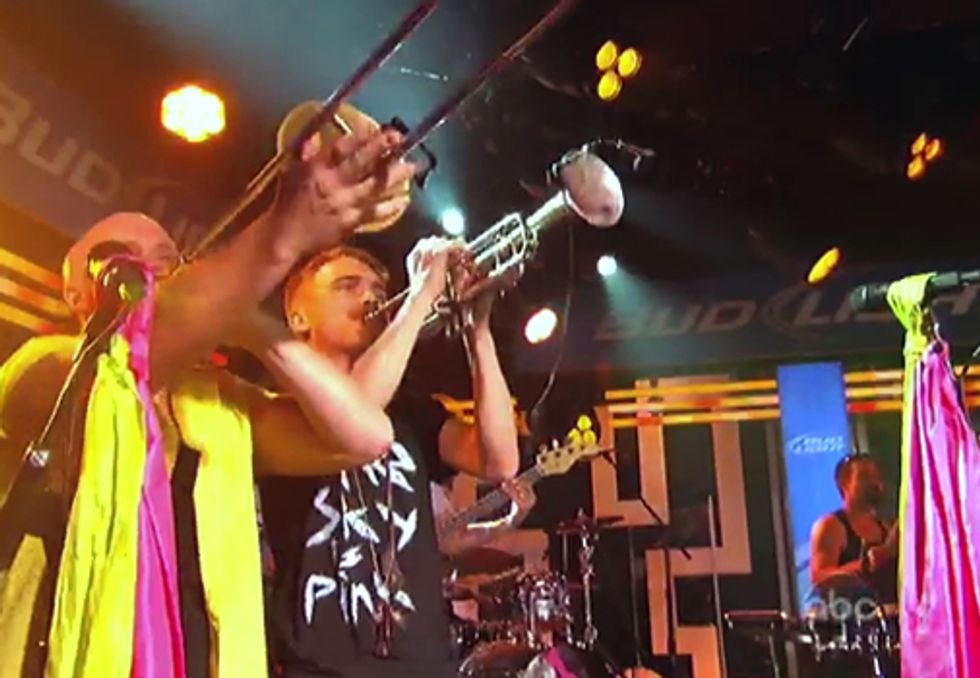 Artists Against  Fracking is an initiative of musicians, actors and other celebrities to build awareness of the destructive effects of fracking. Yoko Ono and Sean Lennon launched Artists Against Fracking and appeared on Late Night with Jimmy Fallon. The initiative came together as a response to Gov. Cuomo’s intention of lifting the moratorium on fracking in New York.

Click here for more information about Artists Against Fracking.

If you haven't already seen the Sky is Pink, watch below: