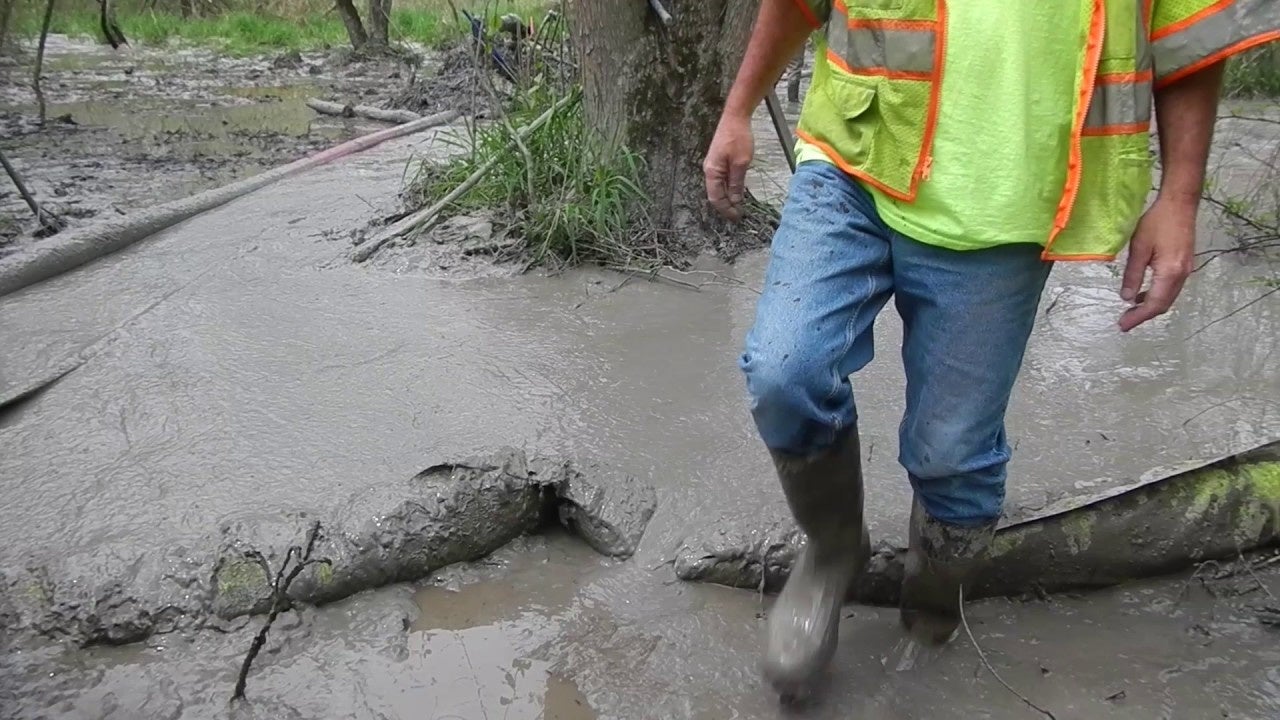 The move came after Ohio regulators requested FERC order a cease of all drilling on the project after
nearly 150,000 gallons of drilling fluids were lost down the pilot hole for the pipeline earlier this month.

“While our understanding is that no fluid has reached the surface, and no impacts on sensitive resources have been documented, the difficult geology at the crossing warrants investigation into other approaches prior to advancing the [horizontal directional drilling] pilot drill as well as before subsequent reaming passes,” FERC Director of Energy Projects Terry Turpin wrote in a letter.

The spill occurred at the same site as a spill last April of 2 million gallons of drilling fluid. That incident also led FERC to temporarily ban Energy Transfer Partners from new horizontal drilling.

The 713-mile pipeline project, which will carry
fracked gas across Pennsylvania, West Virginia, Ohio, Michigan and Canada once complete, is currently under construction by the same Dallas-based company that built the controversial Dakota Access pipeline.

In September, Energy Transfer Partners was fined $2.3 million for numerous water and air pollution violations across Ohio. Over the last two years, the Rover pipeline has racked up more “noncompliance incidents” than any other interstate gas pipeline.

According to Reuters, the Ohio Environmental Protection Agency has already asked FERC a few times in January to stop Energy Transfer Partners from drilling under the Tuscarawas River.

While operations are currently halted at the site, the company is seeking approval from FERC on a plan submitted on Jan. 22 to continue horizontal drilling.

But the Ohio Environmental Protection Agency countered on Tuesday that the plan “only provides temporary solutions and only suggests ways Rover may minimize expected losses if allowed to proceed. For this reason alone, Ohio cannot support the plan.”

But the company is more than 99 percent complete with total project construction and plans to finish Rover by the end of the first quarter.

“We have ceased operations at the Tuscarawas site. However, we are continuing our construction activities at all other locations,” Alexis Daniel, a spokeswoman for Energy Transfer Partners, told Reuters.