‘Should I Throw Out My Cheerios?’ and Other Questions About Roundup in Children’s Food 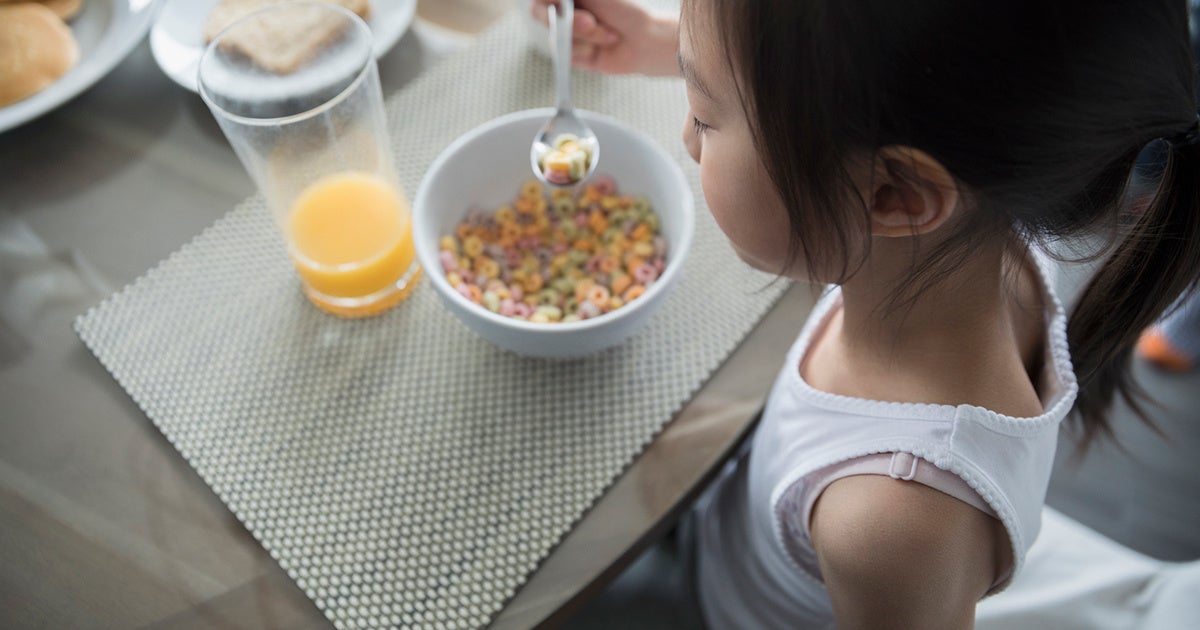 Recently, Environmental Working Group (EWG) released a headline-making report on Roundup in children’s cereal and other oat-based foods. Much of the news coverage agrees with us that parents should be concerned. Some says you shouldn’t panic, and pro-pesticide interests accuse us of fear-mongering. So what should you believe—and more importantly, what should you do?

Here’s why we did the study, how we reached our conclusions and our advice.

Why is Roundup in my kids’ food?

It’s first important to understand how a chemical like glyphosate, the main ingredient in Monsanto’s Roundup, gets into our food supply.

You’ve probably heard of Roundup, a weed killer sprayed on genetically engineered corn and soybeans. But Roundup is also used as a desiccant—a drying agent sprayed just before harvest on oats and other grains to make harvesting cheaper and easier. This use of Roundup is what caused the high levels of glyphosate in the oat-based foods we tested.

Based on our research and other studies, glyphosate is likely present in foods other than oats. The full extent of glyphosate contamination remains to be discovered. The Food and Drug Administration has been testing foods for glyphosate since 2015, but has not made its data public.

If the EPA says it’s safe, why should I be worried?

Quaker Oats, General Mills and other companies would have you believe that, because the amounts of glyphosate EWG found in their products are within the limits allowed by the Environmental Protection Agency, there’s nothing for parents to worry about.

But just because something is legal, doesn’t mean it’s safe.

This is particularly true of chemicals we encounter on a daily basis. Government standards are often outdated and not based on the best and most current science. Standards can also be watered down by lobbying from the politically powerful industries they are supposed to regulate. Studies regularly find that the legal limits on contaminants in food, air, drinking water and consumer products fall short of protecting public health, particularly for children and other people more sensitive to the effects of toxic chemicals.

The EPA’s current legal limit for glyphosate on oats and many other grains is 30 parts per million, or ppm. But just a few years ago, it was 300 times lower—only 0.1 ppm. The EPA raised the legal limit after farmers began using glyphosate as a desiccant, which was surely not a coincidence.

So how much glyphosate is safe to eat?

Glyphosate has been linked to an elevated risk of cancer by California state scientists and the World Health Organization. Just days before we released our report, a California jury ordered Monsanto to pay $289 million in damages to a school groundskeeper who said years of working with glyphosate caused his terminal cancer.

At EWG, we don’t think chemicals linked to cancer belong in children’s food. That’s why our recommended maximum daily intake of glyphosate in food is 0.01 milligrams. That translates to a standard 60-gram portion of food containing 160 parts per billion, or ppb, of glyphosate. This health benchmark is based on the risks of lifetime exposure, and small, repeated exposures can add up if someone eats food containing glyphosate every day.

To develop our own benchmark for glyphosate, we started by looking at California’s standard for glyphosate in food. It’s set at the dose of glyphosate expected to cause no more than one case of cancer in every 100,000 people who ingest it over a lifetime.

We think that’s too high of a risk, particularly for children and fetuses. EWG’s benchmark added an additional 10-fold safety factor, resulting in an elevated risk of cancer for no more than one in 1 million people. The added safety factor for children is supported by the federal Food Quality Protection Act. (Read more about how we developed our glyphosate health guideline here.)

What can I do to protect my family? Should I throw out my Cheerios?

We don’t think people should go to their pantries and toss out all of the cereal, oatmeal and other oat-based foods found there. Any risk from pesticide residues on food is from long-term exposure.

Food companies are waking up to the fact that consumers are demanding food that is free from residues of toxic pesticides. From our tests, we know that oats and other grains can be grown without the use of Roundup before harvest. Companies can simply tell the farmers in their supply chains to stop using Roundup as a desiccant, which will immediately lower the amounts of glyphosate in popular children’s foods. But they probably won’t do this unless they hear from enough of their customers.

We are advising families to switch to organic foods, to minimize overall pesticide exposures. Our study found that foods made with organic oats had significantly lower glyphosate levels than products made with conventionally grown grains. Trace amounts of glyphosate were found on a few samples, probably because of wind drift from non-organic crops.

Oat-based foods remain a healthy source of fiber and nutrients for children and adults and can help to keep the heart and cardiovascular system healthy. We think it’s your right to eat them without a dose of Roundup.