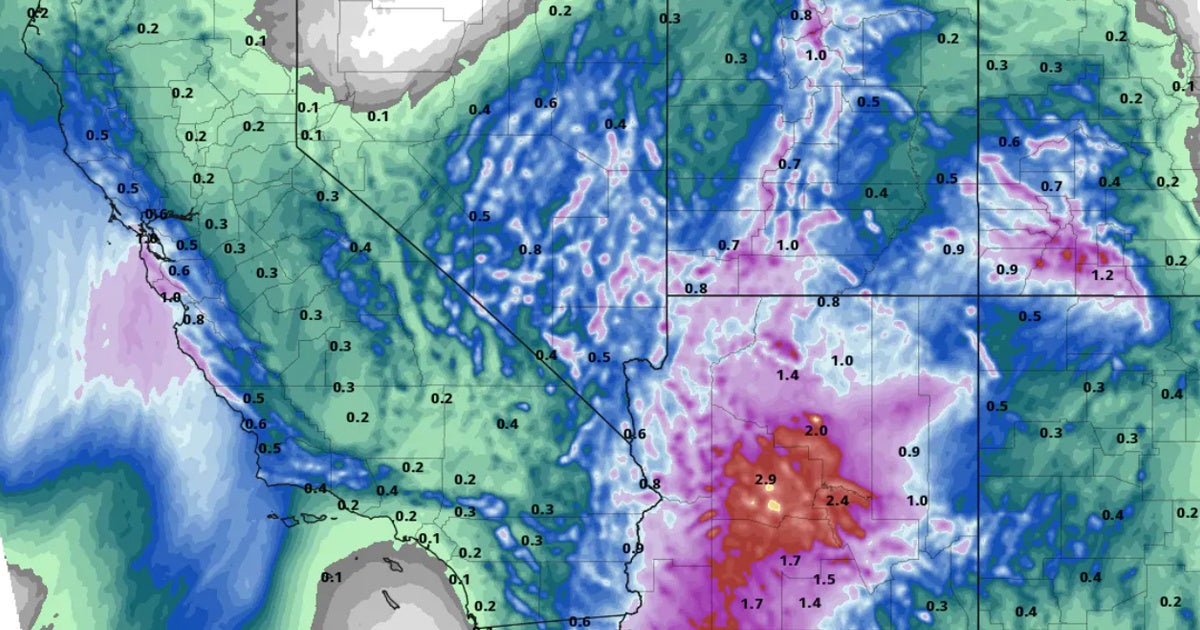 Remnants of Tropical Depression Rosa brought flooding to the desert Tuesday in an unusual weather pattern that meteorologists say is partly due to climate change, CNN reported.

Alright…did some official updating to this chart. Suffice to say it has been raining today! #azwx pic.twitter.com/FFHEr7dVGy

Rosa soaked Baja California in Mexico on Monday before heading to the American Southwest, AccuWeather reported.

It is unusual for Pacific hurricanes or their remnants to reach Baja, let alone the Southwestern U.S., but that has been changing in recent years, CNN meteorologist Gene Norman said.

“It is possible that this could be a side effect of climate change,” Norman said. “Warmer oceans are allowing eastern Pacific storms to reach higher latitudes. This was not the case earlier. It was quite rare for an eastern Pacific storm to even reach Baja California, and this is now becoming more common.”

For Arizona drivers, that meant increased flooding on the roads Tuesday morning. The Arizona Department of Public Safety said it responded to more than 80 crashes between 5 a.m. and noon Tuesday in the Phoenix metro area.

Some, like north Phoenix resident Sandra Kotzambasis, opted not to leave the house at all. She posted a video on Twitter of a flooded street. “Needless to say, I am working from home today,” she said.

This is what I discovered as I tried to get to work. “Lake Tatum,” just north of Shea. Needless to say, I am working from home today. Thank goodness @Fingerpainters allows flexibility. I know we need rain, but this is crazy! #azwx #HurricaneRosa #floating pic.twitter.com/Grt2DMqW7B

Senior Meteorologist Dan Kottlowski told AccuWeather that the higher parts of Northern Arizona and Southern Utah, where the most rain was projected to fall Tuesday night, were particularly vulnerable to flash flooding. Many side roads are made of dirt, which means they are prone to washing out, he said.

He also warned residents about a phenomenon called slot canyon flash flooding. “Heavy rainfall occurring miles away from some canyon areas will flow into areas not experiencing any important rainfall leading to a fast rise in water going from a few inches to several feet flushing anything loose through these slot canyons,” Kottlowski said.

#Phoenix has seen 2.24" at the airport. The 9th wettest day for us ever. More rain across the Valley likely. Loop courtesy of @ArizonaDEQ #azwx pic.twitter.com/4zXeRpQySv