Rooted in Peace: Change Begins Within 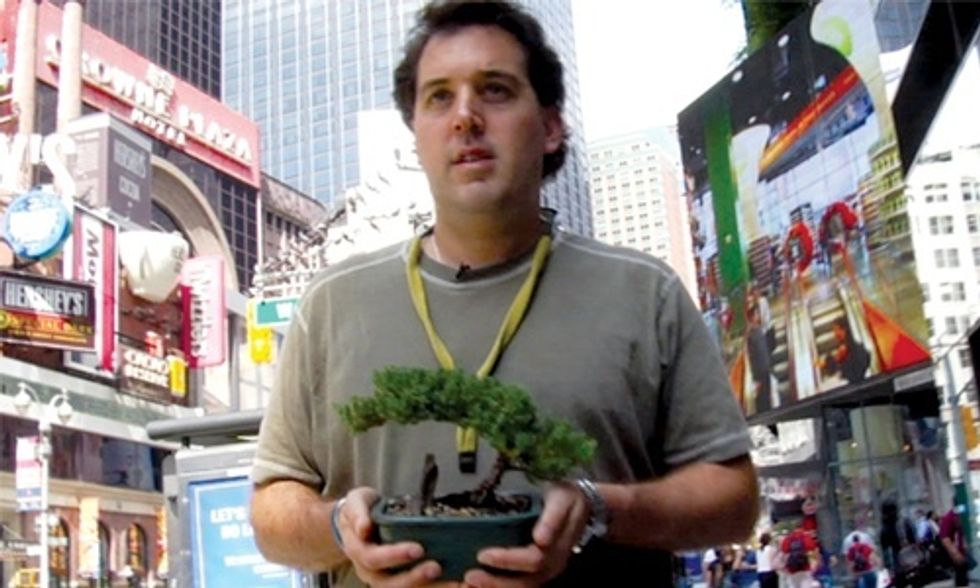 Rooted in Peace challenges viewers to examine their values as Americans and human beings. "Since the beginning of time, we have been at war with ourselves and our environment," says Reitman in the film, which is why he invites viewers on a journey to take notice of the world we live in, proactively seek ways to find personal and ecological peace, and stop the cycle of violence.

Reitman explains, "Changing the world starts with you and me. If we are to transform the world we must first begin by transforming ourselves. Trees ask us to examine how we live in the natural world, with one another and interpersonally. If we value ourselves, we value trees. And conversely, if we treat our environment right, we treat ourselves right. We are each a microcosm, and if each of our individual worlds is in balance, then the whole planet is in balance. Trees can be considered the symbol, the force that puts us in balance to examine our values as Americans, and as human beings."

The ultimate quest for the filmmaker is to have viewers come to realize that "Change Begins Within: The World is as You Are."

I had the chance to see the film this summer in Carbondale, Colorado. The film provides a very powerful look at how people are not only in control of their own health and happiness, but how people's choices play a role in the greater good of humankind, and the ultimate health of the planet. The film inspired me to contemplate my daily habits and how they impact me personally, and the world as a whole. Change is not easy, but very rewording when you become conscious and realize that you are an essential cog in the wheel toward a sustainable planet.

He also heeds the words of former guru Maharishi Mahesh Yogi: “If the forest is to be green, every tree must be green, if there’s going to be Peace on Earth than everybody must need to feel that quality of Peace.”

The feature documentary was launched in February at the prestigious Sedona International Film Festival, and is slated to be released theatrically March 2016 via Landmark Theatres to coincide with the International Day of Happiness.

I highly recommend you see this film, not only for your own health, but for the betterment of humankind.

6 Songs that Inspired a Better World