Rooibos Preserves Wine Naturally Without the Use of Synthetic Chemicals 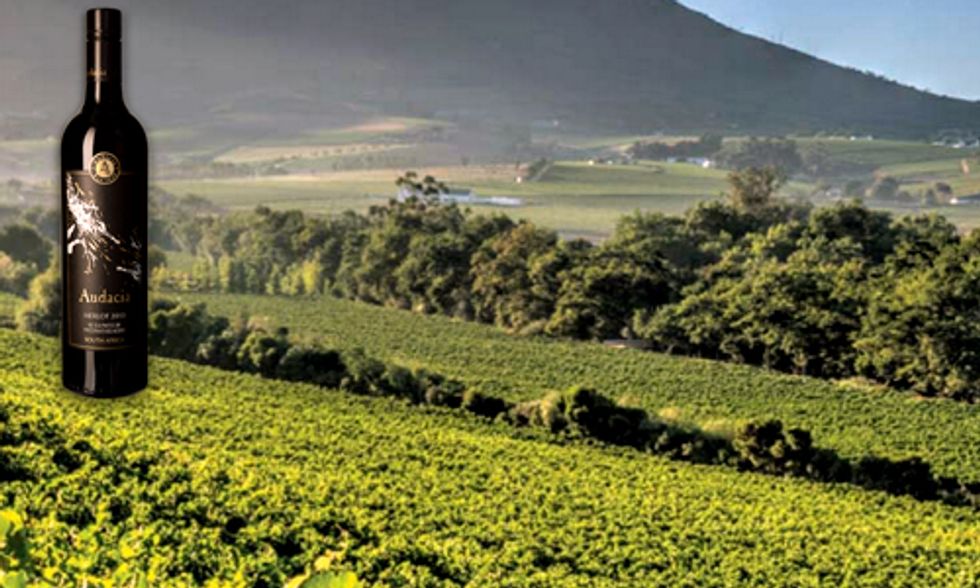 Wine just got healthier. The African vintner Audacia has invented an all-natural way to preserve red wine using rooibos wood taken from the eponymous tea-producing plant that is native to Africa.

MERLOT 2013 has "No Sulphites or Preservatives Added." Made by the African vintner Audacia, which invented an all-natural way to preserve red wine using rooibos wood taken from the eponymous tea-producing plant that is native to Africa. Photo credit: Audacia

Sulphur dioxide and other synthetic materials are traditionally added to wine to act as preservatives that lengthen the shelf life of the alcoholic beverage. This plant-based preservation method eliminates the need for artificial additives.

"I see it being drunk all over the world,” Audaicia owner Trevor Strydom told Reuters. “We registered the patent in 83 jurisdictions worldwide, we are already exporting the wine to China."

Strydom first tried rooibos in the form of tea—rooibos tea has grown in popularity in the past decade as health-minded tea drinkers have discovered its rich, earthy taste that is 100 percent caffeine-free. He began experimenting with the preservation process by putting tea bags in wine, which led to the formation of his rooibos wood preserved Merlot. He now uses rooibos wood chips in the wine making process.

"It's going to have definite effects on the global market because the market looks at competitors and especially not having to add sulphur, there's a huge advantage to the process and that changes the brand, it gives you a new brand that the health conscious world looks at so I'm pretty certain on the back of the rooibos brand that's already around the world you will definitely see traction, but then even as a standalone product because its new its innovative it's got a marketing edge and obviously if they do it cleverly they will get market share quite quickly," Alan Winde, minister of economic opportunities for the Western Cape government, told Reuters.

Rooibos is a healthier alternative to black tea, according to health guru Dr. Weil. But he doesn't tout rooibos as an herbal supplement with notable health benefits.

Rooibos wood chips can preserve wine without the use of synthetic chemicals.
Photo credit: Shutterstock

"Rooibos is being heavily hyped by producers and distributors as a new health beverage," Dr Weil wrote on his website. "Unlike true tea, it is caffeine-free and low in tannins. It contains minimal amounts of calcium, potassium, iron, zinc, magnesium and much less fluoride than found in real teas. Studies have shown that rooibos does contain antioxidants and therefore might have some of the health benefits of green tea, but very little research has confirmed this. I found only 17 scientific studies of rooibos compared to more than 1,000 on green tea. So far, none suggest that rooibos is the health equivalent of green tea."

In the last decade, a handful of winemakers have been using various methods for producing wine without the use of chemicals. Look for “no added preservatives” on wine labels and check with organic wine sellers for brands without sulfur dioxide.